According to a new American Heart Association research, the number of persons dying...
HomeNFLDK Metcalf Of...

DK Metcalf Of The Seattle Seahawks Talks About His Crazy Diet, Which Includes A Lot Of Candy 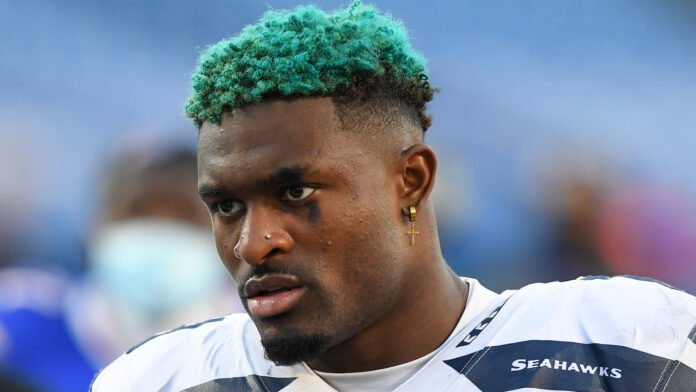 DK Metcalf, a wide receiver for the Seattle Seahawks, has one of the most terrifying physiques in sports. He’s also a natural football player, which is all the more impressive given his peculiar diet.

DK Metcalf gave some insight into what makes his body the way it is when appearing on NBA icon Kevin Garnett‘s show “KG Certified.” It’s a little startling: A cup of coffee, three or four candy bags, and one meal each day are all you need.

ALSO READ: A Long-Serving NFL Reporter Has Announced His Retirement

Metcalf told Garnett that he began each day by exercising out before getting his coffee about midday, which he said keeps him going until the afternoon — “like four, five o’clock,” he said. He claimed he usually orders candy (a light flex) and water about 4:30 p.m. to tide him over until supper, which he said he eats around 8:00 or 9:00 p.m. Then he falls asleep.

And that, according to Metcalf, is his diet. Each and every day.

“I eat candy,” the top receiver confessed to Garnett.
To summarise, the man in the video below burns NFL defences and is physically one of the sport’s most gifted players because to his consumption of Skittles gummies and Life Savers Collisions.

Although the fact that Metcalf is only 24 years old and has a fast-acting metabolism helps, some people are simply built differently. Consider how much better he’d perform on the field if he ate a healthy, balanced diet instead.