Netflix Has Surprisingly Canceled ‘Archive 81’ After Only One Season 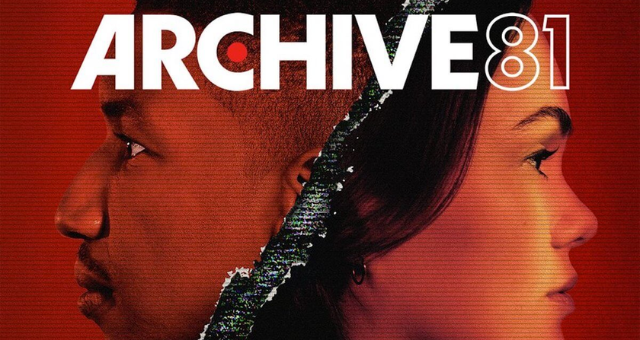 Archive 81 viewers will be shocked and dismayed to learn that the show was discontinued after only one season.

Everyone liked seeing Archive 81, a fascinating sci-fi mystery horror show. Let’s go through the idea of the program before we get into the cancellation news.

An archivist accepts a job repairing damaged videotapes, but soon finds herself embroiled in a controversy involving the missing director and a weird cult that they were researching.

The episode was watched for 128.47 million hours between January 9 and 30, according to Netflix Top 10s. Is the streaming platform, however, still planning to phase it out? Let’s have a look at it.

‘Archive 81’ is the number of the archive. Netflix has canceled the show after one season.

Even though the program made it to Netflix’s top ten list, it was terminated by the streaming service. The reason for the program’s cancellation is just as cryptic as the show itself.

In any case, there’s a reason behind it. Netflix has indicated repeatedly that it bases its decisions on a show’s popularity vs. its cost when renewing or canceling it.

The number of viewers Archive 81 garnered may have fallen short of the bar Netflix set for the show based on its cost, with the streamer laser-focused on evaluating viewership versus cost in its renewal decisions.

And, according to reports, this is the most plausible explanation for the show’s one-season demise.

‘Archive 81’ Is One Of The Most Popular Series Among Viewers.

“A fascinating combination of horror and noir, Archive 81 provides engrossing otherworldly thrills that are unnerving in the best way,” critics said on the Rotten Tomatoes website.

And there’s no doubt that a lot of people wanted the program to be renewed, and we honestly believed it would get another season given the amount of attention it received when it first premiered.

The show’s last episode, dubbed “What Lies Beneath,” gave a lot of information while also leaving a lot of questions unanswered. The January premiere of the series ended in a cliffhanger, leaving Dan’s fate unclear.

Melody returns to the Visser, where a new device catches a sacrifice, and Dan’s journey into the unknown is critical.

Jess and Melody confess to the camera what they aspire to be when they grow up in the freshman finale of Archive 81. Jess thinks she could be a bird and fly over the world.

Melody, on the other hand, desires happiness. Dan looks out the window towards the end of the sequence, and the final shot focuses on him. There’s more to come. The Twin Towers’ reflections may be seen in the neighboring window.

What a build-up of tension. And now for something we will never learn about in the future. So, what are your thoughts on the streaming platform’s choice to discontinue the show?

Did you think there will be another season? So, let us know what you think in the comments area below.