The CW has renewed The Flash for Season 9 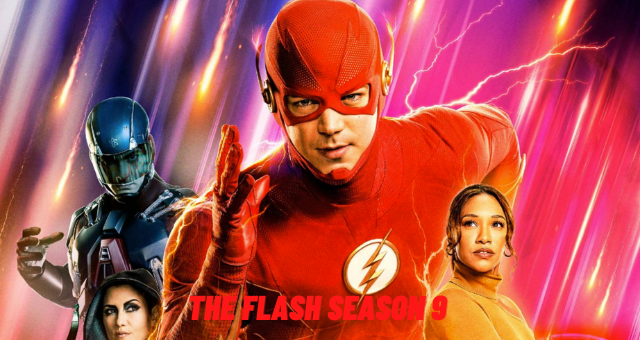 The program is continually competing for ratings. This time, the race provided tremendous entertainment for the fans. Yes, it’s always about Flash when it comes to race and speed.

The cast and crew of The Flash released a statement on the show’s renewal a few weeks ago, and now the official word has arrived. Flash looks to be a fast runner.

Barry Allen is the inspiration for the superhero show. The Flash is a costumed superhero crime-fighter with superhuman speed who first appeared in DC Comics.

Barry Allen, played by Grant Gustin, is featured in the program. A crime scene detective develops superhuman speed and uses it to fight criminals, including those with superhuman talents.

The Streaming Platform Has Officially Confirmed Season 9 Of The Flash

Our favorite superhero has made a comeback.

The CW’s streaming network renewed one of its most popular programs, ‘Flash,’ for a ninth season, in addition to renewing several exceptional shows. In late January 2022, Gustin’s contract was allegedly extended for a ninth season.

Gustin has made public comments regarding his tenure as Barry Allen/The Flash on The Flash, including these words at the end of Season 7.

“Listen, I may never have another job this fantastic, with this many people watching it, so I’m not going to take it for granted,” he told an outlet. “For the most part, seven [seasons] is it for the cast, but I think it would be fantastic if we could continue after that.”

The CW’s most-watched and highest-rated series debut since The Vampire Diaries in 2009 was The Flash, with 4.8 million viewers and a 1.9 18–49 demographic score.

A total of 6.8 million people tuned in to witness the debut. It was the most-watched program on The CW and the highest-rated debut among men 18–34. (2.5 out of 5)

Can you tell how fantastic the show is? It’s indescribable.

The Flash Team Was Optimistic That Season 9 Would Be Renewed

Showrunner Eric Wallace revealed something in an interview with a news site about when everyone was worried that the Flash wouldn’t be renewed for a ninth season.

“I have to do both,” he stated. For years, I’ve known how the story would finish. At seasons 6, 7, and 8, we’re nearing the end of a three-year master plan that I’ve had with the program.”

“But the actual ending-ending, I have to create two endings, since I have no idea what the future holds,” she continues.

I’m pretty sure I know what I’m hoping for. I’m hoping for a ninth season, but depending on how things turn out, I need to make sure I have closure on all of the character arcs.

But then there’s the matter of filming a tag or a teaser, which might potentially set up another year. As a result, it’s a challenge, but one that we like as authors. It’s made it more fascinating and intense, but I believe it will be worthwhile.”

This makes it “the longest-running Arrowverse program,” according to some.

Are you pleased to learn of the renewal update? Please let us know what you think in the comments area below.