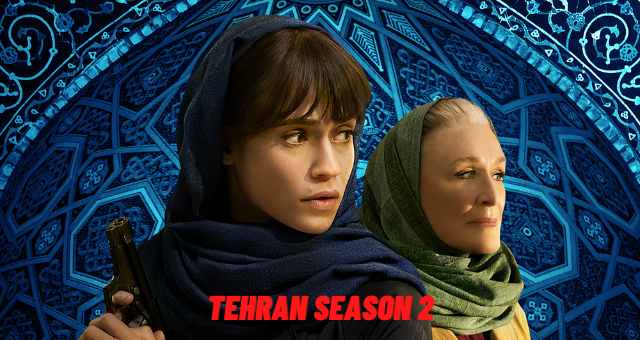 Shortly after the first episode of the first season, Apple TV+’s Israeli television spy thriller drama Tehran was officially renewed for a second season on January 26, 2021. Tehran is a terrific thriller and drama series that has garnered a lot of positive feedback from fans all around the world. The TV show is one of Apple TV+’s most well-known originals.

Tehran aired on Israel’s Kan public channel in June 2020, followed by a global premiere on Apple TV+ in September of the same year. Cineflix, Kan 11, and Apple TV+ collaborated on the project. Moshe Zonder, the creator of the famous Netflix series Fauda, is one of the show creators.

The other two program creators are Maor Kohn and Dana Eden. Eden and Shula Spiegel for Donna and Shula Productions, Peter Emerson for Cineflix Studios, Alon Aranya for Paper Plane Productions, Julien Leroux for Paper Entertainment, and Shenhar, Zonder, Syrkin, and Eldad Koblenz for Kan 11 executive produce the TV series. As a result of the popularity of several of these series, numerous American TV networks and streaming behemoths have joined the trend of partnering with overseas TV producers.

In a nutshell, Tehran is the result of an international struggle between Israel and Iran. The show delves into the realm of espionage, with a particular focus on the conflict between the Iranians and the Israelis. Tamar is a Mossad hacker-agent who infiltrates this city under a false name to attack Iran’s nuclear plant. Her objective, however, goes apart, and she is forced to devise a new plan that puts everyone she cares about in peril.

The show has gotten rave reviews from both reviewers and fans. On Rotten Tomatoes, it has a stunning 95% approval rating, and on Metacritic, it has a 76 percent approval rating. In addition, the show won Best Drama at the International Emmy Awards in 2021. With so many facts about Tehran season 2 now out, let’s catch up on what’s coming up next and what we can anticipate seeing in the second season.

Season 2 of Tehran: What We Can Expect

Tamar is expected to return with a more effective plan to prevent Iran from obtaining the atomic weapon this time. In season one, we saw Tamar go to great lengths to secure the accomplishment of her goal. Unfortunately, Gorev’s elaborate strategy backfired when all of Israel’s planes were shot down one by one.

Tamar is shown leaving Faraz alive at the end of Season 1, claiming that he saved her father’s life when he was in a similar circumstance. Milad and Tamar were also seen riding their bikes across Tehran. We hope Tamar was able to return to Israel and reunite with Gorev.

Despite the failure of the mission, the Israelis are still under threat. This means Tamar will have no option but to rise and prepare to travel to Tehran to do the task. One thing is certain: in the second season, Tamar and Milad will become closer. Season 2 will also introduce several new people who will assist Tamar in destroying the Iranian nuclear program. However, to complete her objective, she’ll need to devise a new strategy.

Glenn Close is one of the prominent names we’ll see in the second season of Tehran. Close has received many Academy Award nominations and will appear as a series regular in the forthcoming season. According to Apple, she will portray Marjan Montazeri, a British lady who lives in Tehran.

On April 13, 2022, Apple TV+ released the trailer for Tehran season 2. We have all the data on the forthcoming season’s release date, as well as the latest news about the program. On May 6, 2022, Tehran season 2 will air on Apple TV+. The season will go off with two back-to-back episodes, followed by fresh weekly segments every Friday through June 17th. The season will have a total of eight episodes.

According to Julien Leroux, the show’s executive producer from Paper Entertainment, filming for the second season began in December 2020.

With season 2 on the horizon, you can catch up on Tehran season 1 on Apple TV+ right now.