Euphoria Season 2 Release Date: Who Will Be the Series’ Stars? 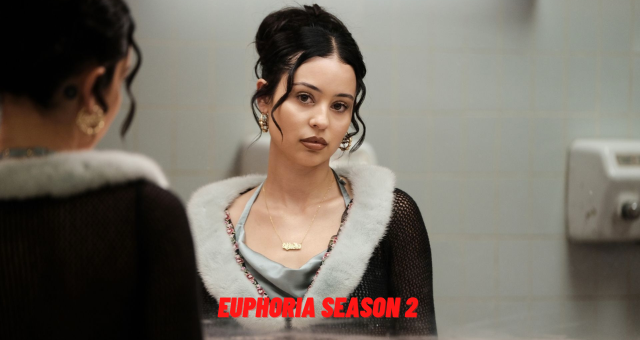 Season two of HBO’s adolescent drama Euphoria premiered earlier this year, and we’ve been lamenting its absence ever since.

The gritty drama’s first season began in June 2019 and follows a group of teens as they experiment with sex, become engrossed in the world of social media, and battle with mental health.

According to Deadline, HBO’s senior vice president of programming, Francesca Orsi, remarked after the premiere of season one that the show “has established a fantastic universe with an exceptional ensemble led by the tremendously brilliant Zendaya.”

Zendaya has been praised for her depiction of protagonist Rue Bennett, who struggles with drug addiction and mental health, in the series since season one debuted.

At the 72nd Emmy Awards in 2020, the actor earned the prize for ‘Outstanding Lead Actress in a Drama Series,’ making her the youngest performer to ever win such an honor. 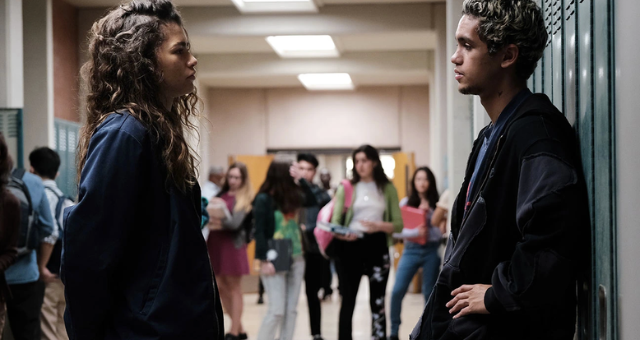 Here’s all you need to know about Season 2 of Euphoria:

When will the second season of Euphoria be released?

Following the pandemic’s postponement of season two, the show broadcast two special episodes before of its premiere, depicting Bennett in the aftermath of a relapse.

What is the plot of Season 2 of Euphoria?

Bennett overdosed in season one’s episode eight (‘And Salt the Earth Behind You,’) after the person she loves – Jules Vaughn (Hunter Schafer) – abandoned her at a railway station.

Season two takes off where the first left off, with Bennett’s relapse. She had been sober for three months before this.

Bennett faces increasingly distressing situations and violent confrontations throughout the series, while her co-stars’ characters are forced to deal with deceit, betrayal, and death.

Season two’s topic matter appears to have become a source of concern for one superhero in particular.

Spiderman’s Andrew Garfield expressed both admirations and worry for Zendaya in a recent interview with Variety’s Actors on Actors series, owing to the challenging issues tackled in one of season two’s episodes.

‘I believe that was the fifth episode.’ ‘It’s one of the most relentless television shows I’ve ever seen,’ Garfield added. ‘I’m starting to get to know you more, but having access to that type of awfulness, the harm, and sorrow, and making it so human is incredible. ‘Are you OK?’ I inquired. ‘How did you ensure that you were safe while doing it?’

After learning that she had relapsed, Zendaya’s character Rue was confronted by her mother Leslie (Nika King), Jules (Hunter Schafer), and Elliot (Dominic Fike). Leslie attempts to drive Rue to treatment, but she leaps out of the car and flees, and Rue begins to experience withdrawal symptoms on her own. Rue is discovered burglarizing a house after yet another attempted intervention, but she manages to elude the cops and return home.

Zendaya’s portrayal in the clip was also hailed by the silver screen superhero, who called it “one of the most incredible things I’ve seen an actress do in recent memory.”

Who will appear in Season 2 of Euphoria?

Zendaya’s rumored boyfriend Tom Holland, on the other hand, appears to have been contending for a part for quite some time.

During the promotional tour for their new feature Spider-Man: No Way Home, a fan on IMDb inquired if he would consider doing a Euphoria cameo.

‘Listen, I’ve been campaigning for this for a long time and it hasn’t occurred yet, and I’m really dissatisfied,’ he said in December 2022.

He went on to say that he must have visited Euphoria at least 30 times this season.’ According to Zendaya, the show’s creators should have attempted to put you in there like, an Easter egg.

‘I’d want to be in a state of euphoria!’ ‘All right,’ said Holland, before Zendaya answered, ‘All right.’ Allow me to speak with a few folks. Let’s call HBO and see what we can do.’

Fans became persuaded that Holland was an extra in season two, episode seven, a few weeks later, in February 2022. (which was released on NOW TV on February 21). Lexi has her first performance of her play in this episode, which many believe Holland was watching. One of the audience members in the performance resembles a British celebrity.

DAMN LEXI EVEN GOT TOM HOLLAND AT HER PLAY?? pic.twitter.com/ztnsKYSG9v

‘Damn, Lexi got Tom Holland to come to her play? After the program aired, one Twitter user said, “[sic]” ‘What the hell is Spiderman doing over there [sic]?’ said another.

For Holland’s apparent presence in the show, many fans immediately went to Zendaya.

On Twitter, one admirer remarked, ‘Not Zendaya getting Tom Holland a job, [sic]’. ‘Zendaya really did some calls,’ one person commented.

Is there a trailer for the second season of Euphoria?

Yes, and here’s a sneak peek at the next season:

What did Zendaya have to say about Season 2?

In a recent interview with Teen Vogue, the Spider-Man actor admitted the current season was “difficult” to film.

‘And it’s really personal to us and everyone who works on it, but it’s also very personal to other people who have been able to identify so strongly with the characters or see their own experiences reflected in Rue.’