The DGI10 and TR7 Outperformed the 4% Rule in 2021, Resulting in Another Profitable Year 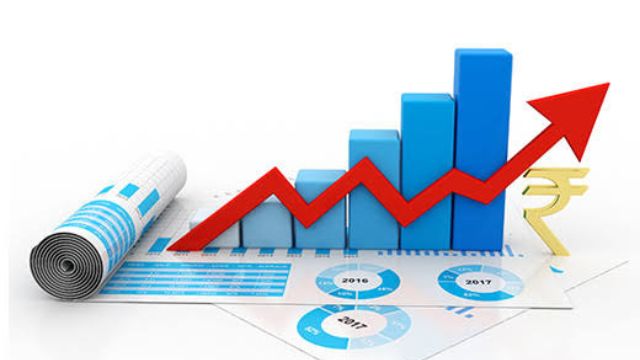 In the face of year two of a global epidemic, the markets roared for a more than 28 per cent gain in the S&amp; P 500 (VOO) in year six of this endeavour.

My goal is to emphasise that when integrated with a structured variable withdrawal programme, both income and total return approaches can be successful.

Both of these projects began in late 2015 with a budget of around $100,000 apiece. Starting at age 73 in the table, the income pulled from both will be based on the 2019 IRS Required Minimum Distribution table III, from IRS publication 590b, appendix B.

Because the income pulled each year is based on the portfolio’s last year ending value divided by the current year’s IRS table distribution factor, this technique has the potential to give additional retirement income.

Its goal is to gradually withdraw more money from your IRA each year as you become older, increasing your spendable income while keeping up with inflation.

The next year’s withdrawals were lowered based on the RMD formula, allowing the account to rebuild after years where your account totals were down, such as in 2018, and 2020 for the DGI10.

Other background information about why these strategies might be valuable to you and how taxes may influence you during your journey can be found here.

I had sold seven stocks in the first five years before this year. However, 2021 was a transition year, with the ETFs QYLD and PTY replacing a pair of stocks, T and PM.

These trades depleted some of the positive cash balance, which was reduced to $2353 as a result. In 2022, my strategy will be to raise cash flow by using excess cash to boost dividends when necessary.

The first new addition, the Global X Nasdaq 100 Covered Call ETF (QYLD), has been discussed by several Seeking Alpha contributors, and there are two features of this ETF that I am interested in.

If you don’t want to sell shares, as I’ve indicated before, you want your investment to pay out the majority of its earnings in dividends or capital gains, with a pretty constant price that doesn’t fall. That means that the investment’s overall return is at least equal to the dividend.

The table below shows where these investments have gone over the last six years.

The above table shows an initial starting dividend run rate of $5464 at the end of 2020, which climbed to $5961 at the end of 2021, a 9 per cent increase. It’s also worth noting that OHI is the only one of the six positions that haven’t increased its dividend.

It’s also worth noting that the DGI10 now has $2353 in cash reserves, making it even more crucial to avoid selling any shares for as long as possible, as income is still largely determined by last year’s balance and the IRS RMD tables. The age 79 divisor in the table will determine next year’s earnings.

As many of you who follow me know, I have a few years until I become 79, but that is what makes this strategy flexible to anyone, as long as you take whatever minimal distributions are required from the total of your tax-deferred accounts. It might even be used to efficiently control cash flow on a taxable or Roth account.

The table below shows where these investments have gone over the last six years.

Table 2: The TR7 portfolio had a solid year in 2021. Even after withdrawing $6715 in cash, this portfolio increased at a 20% rate by withdrawing cash every quarter and rebalancing.

Here are the combined results of these two portfolios to make them easy to follow along year by year.

Tables 3 and 4- Column four of the above table 4 illustrates what your revenue totals would have been if you had elected to adopt the 4% rule [described here].

In basic terms, the 4 per cent rule begins by removing 4% of the previous year’s balance in the first year and then increases the withdrawal amount by the consumer price index each year after that.

I used the more common CPI-U data from the Bureau of Labor Statistics in my example above.

One apparent conclusion from the above is that both the DGI10 and the TR7 have given me more spendable money than if I had only used the 4% guideline. In reality, the DGI10 provided an extra $2157 over the 6 years ending in 2021, while the TR7 delivered an extra $4,531, for a total extra income of $6688 from the combo. Based on the new RMD income levels described below, this surplus will continue to grow in 2022.

The Future of the Year

As I have stated, OHI is currently on my watch list and could be sold in 2022. You can read more about these sell triggers here. Another of these triggers searches for stocks that underperform the P 500 by more than 10% over three and five years.

As of this writing in mid-2022, I’m giving MAC and CIM some leeway because they both fail this test. Read this post titled “Is There Magic in Dividends?” if you don’t realise how crucial total return is to your long-term income production.

Summary Unlike certain income portfolios that rely solely on corporate board decisions to maintain dividends, the income in these two RMD rule-based portfolios is pre-determined for the whole year based on past year-end totals and will not alter throughout the year. The total income I will receive in 2022 for these portfolios is $5,971.98 for the DGI10, plus $8,401.98 for the TR7, which will be $14,373.96 or $3593.49 each quarter removed. This is up 26% from the previous year and 77% from the start of 2016.

This journey provides a real-world comparison of a concentrated dividend growth portfolio yielding more than 4% income with an ETF portfolio with a comparable value slant and dividends reinvested.

My hope is that as time goes on, you will be able to compare and contrast these two portfolios and take what you need for your personal situation.

As I stated earlier in the post, I would not recommend that someone who wants to pursue DGI for retirement do it with 10 stocks invested in 100% of their retirement assets.

I have additional buckets from which I can draw, as I have indicated many times, and these two accounts are not my entire source of income.

This research is only as good as the data supplied in the article’s sources, my own computations, and my ability to apply them. Even though I double-checked the data, I make no more claims and apologise to everyone if I misrepresented any facts or made any arithmetic errors.

You should also keep in mind that past performance is no guarantee of future results, and all of the data shown here are based on prior results up to this point.

The information presented on this page is solely for educational purposes. It is not meant to take the place of your own research or expert financial advice.