Update on the Stimulus: Nearly Half of Families Cannot Buy Food Without Child Tax Credit Payments 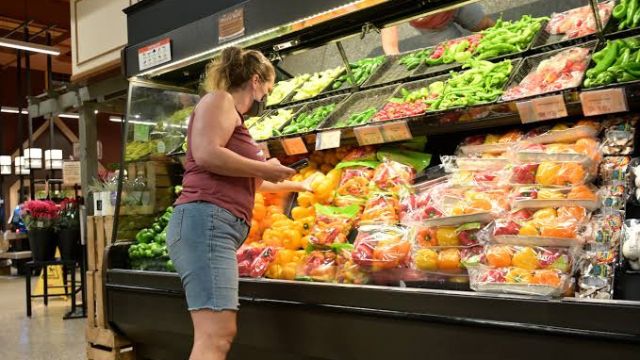 Last year, as the cost of living began to rise due to inflation, parents throughout the country were thrown a lifeline in the form of an increased Child Tax Credit.

The credit was also made fully refundable, which it had not been before, so that even if a family did not owe any taxes, they may still receive their money in full.

In addition, applicants will get half of the enhanced Child Tax Credit in monthly instalments starting in 2021.

These monthly payments were placed into bank accounts from July through December, and the consistency of the payments allowed more families to manage their money.

Initially, lawmakers planned to extend the higher Child Tax Credit, as well as monthly instalment payments, until 2022. The legislation authorising this, however, has stalled in the Senate.

As inflation grows, families across the country are facing sky-high living costs with no financial respite.

And the situation has worsened to the point where more than half of all households are battling to feed their families.

As a result of the lower Child Tax Credit, some families are being forced to make difficult choices. Parents have been reported missing meals to ensure that their children ate enough.

Furthermore, as inflation continues to grow, the problem may deteriorate before improving. According to a May report by the charity Parents Together Action, nearly half of families who received the enhanced Child Tax Credit last year said they now can’t buy enough food to feed their families. In the absence of an increase in the Child Tax Credit, 45 per cent of families have been forced to use food banks, and 45 per cent of parents have gone without meals to ensure that their children eat.

Is there any chance that the increased Child Tax Credit will be reinstated?
To be clear, the Child Tax Credit is not being eliminated. Rather, this year, such monthly payments are off the table. In addition, unless politicians intervene and make modifications, the credit’s maximum value will revert to $2,000 in 2022.

However, it does not appear that the boosted credit, monthly payments and everything, will be reinstated shortly. Even still, some lawmakers are pushing for long-term modifications to the credit to make it more strong, so parents who relied on it last year shouldn’t give up hope.

For the time being, however, families who are experiencing food insecurity should look into the services available to them. This could entail applying for food stamps or studying local food banks and community projects.

Inflation may persist for some time, thus food prices are unlikely to fall this summer. And it could be a problem throughout the summer when school isn’t in session. Many families rely on their children’s schools for free or reduced-price lunches. Those who can’t afford to feed their family should make use of any available resources.