What Is the Patriot Front, the White Nationalist Group Whose Members Were Detained in Connection With the Botched Pride Plot? 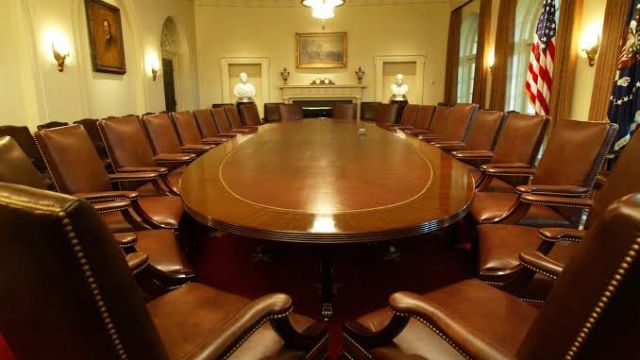 Thirty-one members of the Patriot Front, an American white supremacist group, were detained in Coeur d’Alene, Idaho, on Saturday, June 11th, after local police received a tip about “a tiny army” jumping into the back of a U-Haul truck parked outside a motel.

Officers discovered the men wearing matching riot gear in the rear of their vehicle, including shin guards, shields, balaclavas, beige hats, and armbands.

“It’s not every day you see the cops engaged with neo-Nazis that way, especially when you’re so used to them giving fascists privileged treatment and protection,” eyewitness journalist Alissa Azar said in a Twitter thread.

“One by one, the cops began pulling them from the pile of kneeling Nazis. They were each driven to a squad car, where they were unmasked and searched dramatically before being escorted to the police van.”

Local police chief Lee White later informed a news conference that the entire gang had been charged with plotting to riot, presumably to cause chaos downtown and at a “Pride in the Park” event in neighbouring City Park, which promised musical, dance, and drag performances.

A leader of the Patriot Front was captured near Idaho Pride.

At least 11 states were represented in the arrests, including Washington, Oregon, Texas, Utah, Colorado, South Dakota, Illinois, Wyoming, Virginia, and Arkansas, according to him.

The Idaho-Statesman later reported that the extremist group’s national leader, Thomas Rosseau of Dallas, Texas, was among the men arrested.

Mr Rosseau is only in his twenties, but he has apparently been involved in racist politics since he was in his teens, when he was a member of a group called Vanguard America.

Since the event, Chief White has indicated that his police have received a flood of calls regarding the arrests, some of which have been favourable, but others have included death threats from anonymous cranks who are likely the men’s sympathisers.

The Southern Poverty Law Center (SPLC) describes Patriot Front as “a white nationalist hate group” that formed in the aftermath of the deadly “Unite the Right” rally in Charlottesville, Virginia, in September 2017, in which counter-protester Heather Heyer was run over by Vanguard America member James Alex Fields.

Following that event, Vanguard is said to have splintered, leaving a hole into which Mr Rosseau’s successor organisation moved.

The group “focuses on theatrical rhetoric and activism that can be easily distributed as propaganda for its chapters across the country,” according to the SPLC. “Patriot Front is an image-obsessed organisation that rehabilitated the explicitly fascist agenda of Vanguard America with garish patriotism,” the SPLC said.

According to its own manifesto, allegedly drafted by Mr Rosseau, its members subscribe to an obviously racist philosophy that denies non-white Americans citizenship.

“An African, for example, may have lived, worked, and even been classified as a citizen in America for centuries,” the text adds. “He is an African in America, as he most likely likes to be called.” Others who are not of our people’s founding stock, as well as those who do not share the common unconscious that pervades our wider civilisation and the European diaspora, are subject to the same law.”

According to the same manifesto, the Patriot Front’s ultimate goal is to create a white ethnostate within the United States.

“Our goal is to create a nation within a nation,” it says. “As our tradition and heritage are attacked from all sides, our people fear destruction.”

The Anti-Defamation League described the group as specialising in vandalism, racist propaganda, and “flash demonstrations” intended to terrify marginalised communities, a description that appears to match the apparent targeting of Saturday’s Pride event in Coeur d’Alene.

(AP) The group gained notoriety when it paraded down the National Mall in Washington, DC, in February 2020, and again just before the presidential election that year, when BuzzFeed reported that its members were undergoing combat training in preparation for civil unrest if Donald Trump won, citing a cache of hundreds of messages exchanged between 280 members via an encrypted app.

They were widely mocked the following summer after parading in front of Philadelphia City Hall during Fourth of July celebrations, only to be accosted and chased away by locals.

“They began engaging with locals of Philadelphia, who were not pleased with what they were saying,” municipal police officer Michael Crum told the press.

“These men felt endangered, so someone in their midst dropped a smoke bomb to hide their withdrawal, and they literally raced away from the people of Philadelphia.”

They were back on the march in DC last December, wearing their now-familiar homemade costumes, beating a drum, and carrying banners proclaiming “Reclaim America” as they passed the Lincoln Memorial, having regained their calm.

One woman yelled, “Get out of the nation if you don’t like it!”

When they attempted to attend an anti-abortion march in Chicago, Illinois, in January of this year with a banner stating “Strong Families Make Strong Nations,” they were turned away.

One March for Life member yelled at the white nationalists, “You’re hijacking a pro-life movement!”