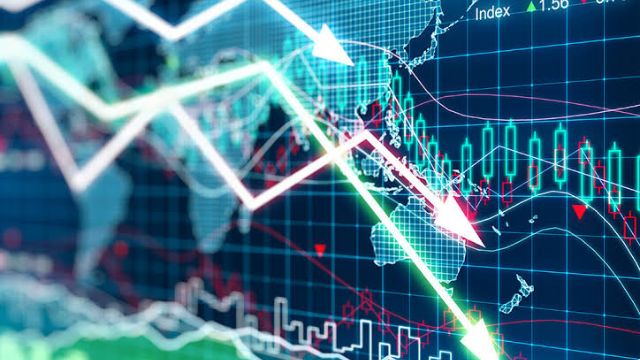 Following the extraordinary release of the Supreme Court’s draught ruling in Dobbs v. Jackson Women’s Health Organization, pro-abortion activists have come up with an unusual argument.

Some argue that the Supreme Court should uphold Roe v. Wade to protect the religious liberty of women whose faith requires them to have abortions. This argument appeals to pro-choice campaigners because it appears to turn the tables on social conservatives who have generally backed strong religious liberty safeguards.

While the argument may appear compelling at first—after all, what’s good for the goose is good for the gander—traditional notions of religious freedom cannot support the continuation of Roe v. Wade.

In 2015, they used a similar tactic to defame religious liberty provisions in an attempt to derail support for Indiana’s proposed Religious Freedom Restoration Act (RFRA). RFRA regulations, like Indiana’s, are actually rather modest and aim to promote religious pluralism.

Ironically, the same groups that attacked Indiana’s religious freedom statute are now saying that no state can enact an abortion law that contradicts their religious beliefs.

Contrary to critics’ allegations, religious liberty laws aim to allow religious minorities to thrive in a society where the majority holds differing beliefs. They accomplish this by requiring governments to accommodate religious adherents while allowing the majority to pass laws that they believe would benefit the community.

This model is not followed by religiously motivated arguments in favour of maintaining Roe. Religious objectors would not be granted accommodations if Roe were to be reaffirmed. Instead, it would make it illegal for states to enforce abortion laws against both believers and nonbelievers.

MAY 17TH, WASHINGTON, DC: On May 17, 2022, in Washington, DC, a protester holds a sign as they attend the “Jewish Demonstration for Abortion Justice” rally at Union Square near the US Capitol. The National Council of Jewish Women is hosting the event, which comes more than two weeks after a leaked draught of the Supreme Court’s likely ruling to overturn Roe v. Wade was revealed.

Wisconsin v. Yoder is a good example of how religious liberty safeguards work. The Supreme Court in that decision exempted Amish parents from Wisconsin’s high school attendance regulations while leaving the state’s requirement that most children attend high school intact. This strategy protected the Amish parents while also respecting the majority’s right to self-government.

Yoder is not an aberration; courts routinely give religious accommodations while upholding the majority’s desire to enforce the law.

In a 2006 case, the Supreme Court allowed a small religious community in New Mexico to drink an otherwise illegal narcotic for ritual purposes without allowing the drug to be legalised for all Americans.

In 2015, while the Supreme Court allowed a Muslim prisoner to keep his beard, it did not overturn his prison’s grooming policy for everyone else.

In the vast majority of circumstances, such minor adjustments are sufficient to please religious Americans. They can exercise their beliefs without interfering with their neighbours’ right to democratically pass laws. After all, this is how a liberal democracy works: the majority rules while minorities’ rights are respected.

Recent attempts to argue that maintaining Roe is necessary to defend religious liberty rely on a completely different calculus. They seek to prevent states from enacting legislation that contradicts religious principles. This is religious dominance cloaked in the guise of religious tolerance.

These groups, on the other hand, may have a stronger case. If pro-choice religious groups reverse direction and make the more traditional religious liberty argument—that they should be granted religious exemptions from otherwise lawful abortion legislation in a post-Roe world—their stance would be taken more seriously (although still tenuous).

Even bringing a traditional religious liberty claim under the Constitution is challenging.

This is because the Supreme Court currently only offers First Amendment protections from legislation that discriminates against religion. Ironically, this means that pro-choice groups will almost certainly have to use RFRA statutes to challenge an abortion regulation, such as the one they fought in Indiana.

A woman would have to establish that her religious exercise was burdened for a court to obtain a religious exception from abortion legislation under an RFRA law.

The government would thus be required to provide an accommodation unless it could show that it had a compelling cause to refuse and that it had no other way of attaining its objectives.

Even if someone claims a religious requirement to engage in human sacrifice, child marriage, or honour killings, this theory explains why a state can prohibit these. It’s difficult to foresee how a judge would rule given this foundation. That is, however, how the process works.

We’re left with a depressing irony. Religious liberty opponents concocted a ridiculous straw man argument that they expected no one to believe.

Now they’re attempting to salvage Roe by using their own straw man as the white knight, even though the issue has nothing to do with religious accommodations. Fortunately, the thing about straw men is that they are simple to demolish.