Amounts as High as $1,700 Could Be Available to Some Residents 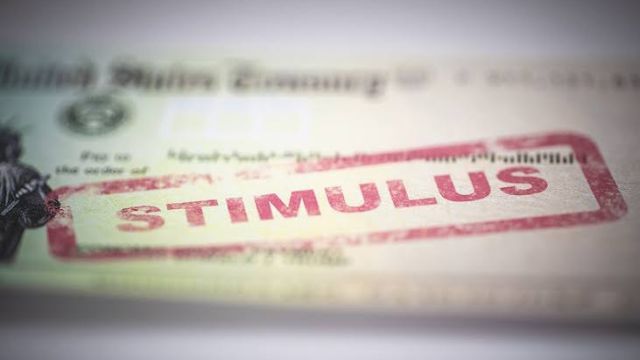 Despite the fact that federal aid has ceased, residents have begun to receive state stimulus cheques. The size of the stimulus checks and how they are distributed vary by state, with some opting for tax rebates, gas cards, and transit cards in addition to the standard stimulus checks via direct transfers and paper checks.

Families in Maine, thanks to Governor Janet Mill’s initiative, could receive up to $1,700 in stimulus checks.

Maine has been the most generous with its $1,750 family stimulus check.

These direct payments, which are expected to benefit 858,000 people, will receive a large portion of the state’s surplus budget. Governor Mills announced that the first round of stimulus checks, ranging from $850 to $1,700, will be sent to 5,000 residents, followed by weekly waves of 200,000 checks.

Governor Mills signed the budget into law in late April, after the state legislature gave it unanimous bipartisan support.

Due to a shortage of envelopes, the distribution of the checks experienced an unexpected delay. However, Governor Mills’ office was able to secure them, and the problem was eventually resolved. The majority of people who have filed their income tax returns for 2021 should receive their checks by the middle of July, according to the administration.

Maine’s state treasurer, Henry Beck, stated that the state’s residents are suffering from severe economic hardship as a result of high inflation and the resulting rise in gas, essential goods, and utility costs. Governor Mills, he said, had delivered one of the most generous relief measures in the US, with the support of the state legislature, to assist them during these trying times.

The stimulus check will return $729.3 million to the state coffers after a bumper collection in the last two quarters of 2021. Increased tax revenues and generous federal funding under the American Rescue Plan Act gave a state a huge buffer, so the final amount was agreed upon after a series of revisions in recent months.

While there was little they could do about inflation, Gov. Mills stated that they could at least ensure that Maine residents were provided with immediate relief from the nation’s high inflation.

A $20 million fund is also included in the programme to cover two years of community college education for eligible high school graduates between 2020 and 2023. A total of $60 million has been set aside to address PFAS contamination.

In order to be eligible, full-time residents must file their tax returns. Those who have not yet filed their 2021 tax returns have until October 31, 2022 to do so in order to receive their $850 stimulus payment. The status of the check can be viewed on the website by residents.

New York is also going all out with a series of measures and has put money into ways to keep residents safe, jumpstart the economy, rebuild a tax base, shore up the equity base, and allow for future economic growth.

Workers have already received a one-time stimulus payment of $64 million, which was diverted from federal funds. New Yorkers are struggling to keep up with rising inflation, which has impacted gas and grocery prices.

All families eligible for the Supplemental Nutrition Assistance Program have received one-time payments from the administration. Families will also receive $140 per eligible child to help with expenses, which will include funding for approximately 150,000 children in 128,500 homes.

For households with a child under the age of 17 and an adult over the age of 55 who are enrolled in SNAP or Public Assistance, a one-time payment of $730 was also given to cover the cost of food.

Pennsylvania Governor Tom Wolf has proposed a $2,000 direct payment using funds from the American Rescue Plan Act. Gov. Wolf estimates that $1.7 billion will be required to help residents fully recover from the pandemic’s economic downturn and pave the way for a bright future.

Among his proposals is a $500 million fund for the Pennsylvania Opportunity Program, which would provide a $2,000 payment to low-income households.

Under the ARPA programme, the state received $2 billion from the federal government. It must be committed by December 31, 2024, or it will be returned to the borrower.
Local governments have also begun sending residents direct payments.

Low- and moderate-income residents in Johnson County, Iowa will receive a $1,400 stimulus check. The program’s eligibility requirements include residency and proof of income, so submitting an application does not guarantee a relief payment.

According to Donna Brooks, Johnson County’s grants coordinator, the programme will benefit those who need it most. It’s one of the city’s most ambitious plans.

The Oklahoma budget includes a one-time payment of $75 for individuals and $150 for married couples filing jointly to deal with the high inflation. Law enforcement, health care, and education are all shared priorities in the budget agreement. A total of $181 million has been allocated to the Inflation Relief Stimulus Program.