Tehran (Season 3): Is the Apple Tv+ Series Going to Be Renewed or Canceled? 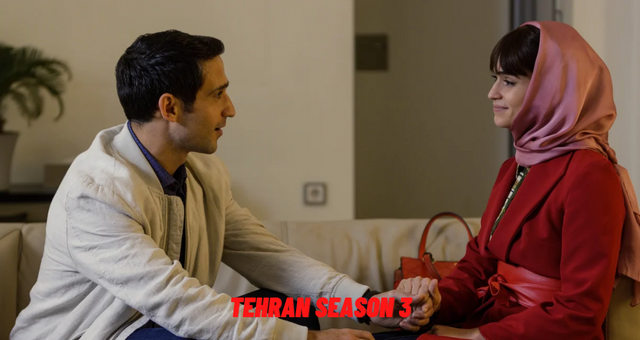 Is Tehran set to return for a second season? Everything you need to know about Season 3 of Tehran is right here.

Tehran is an Israeli spy thriller television series directed by Daniel Syrkin and conceived by Moshe Zonder. It was written by Zonder and Omri Shenhar. Instead of being just another American/British vs. Russian spy thriller, the series offers something special. Undoubtedly, this is an espionage thriller that will have you on the edge of your seat. A very intriguing script that builds tension, gets emotional and is full of unexpected twists and turns.

Furthermore, as the second season of the series draws to a close, viewers are beginning to worry if this will be the last time they watch it or if Apple TV+ will renew it for future seasons. The show has won appreciation from critics and audiences all around the world.

Season 1 has a 94 percent approval rating on Rotten Tomatoes, based on 17 reviews with an average rating of 7.3/10. “Tehran’s expertly plotted twists further elevate a geopolitical thriller deftly balanced between the global and the personal,” says the site’s critical consensus.

This might only lead to renewal because fans are aware that the season ended on a possible cliffhanger. As a result, it’s not unexpected, given how Apple TV+ has recently renewed a number of its series and expanded its collection of original movies and shows in response to popular demand. As a consequence, we’ve compiled a list of everything you need to know about the season’s release date, narrative, and cast. Continue reading to find out more about Season 3 of Tehran.

Will the Apple TV+ series Tehran be renewed or canceled for a third season?

There has been no official declaration about the future of Tehran as of yet. However, considering the show’s popularity and the cliffhanger conclusion of season two, it’s probable that it will be renewed for a third season. Tehran would be a surprise if Apple TV+ dropped it, as they have a history of sticking to their original slate.

For the time being, all we have is supposition. And it may be some time before we hear anything new. The second season of Tehran was not announced until January 2021, after the first season ended in July 2020. The first episode of the second season didn’t arrive on our screens until May 2022. So, even if the show is renewed, we may have to wait until the Spring/Summer of 2024 to see new episodes.

Even if that’s the case, I’m confident it’ll be worth the wait, especially because Tehran season two was well worth the two-year wait. Keep watching Ready Steady Cut for the most up-to-date information, as we’ll update this page as soon as we have it!

There’s no indication of what the narrative of Tehran Season 3 will be, but numerous significant plotlines have hinted at various circumstances and route the series may take if it’s renewed for a third season. “Tamar doesn’t know who to trust,” according to the official description for Tehran Season 2 Episode 10, Blood Funeral. A game of cat and mouse has terrible implications.”

We’ve highlighted a few plotlines from the previous episode so that readers may understand how the story progresses in this episode. If you haven’t seen the episode yet, we recommend skipping the following paragraph to prevent spoilers.

The audience saw Tamar being notified that The General is arriving and that she must leave in the episode. Tamar is lucky in that everyone has been told to return home, allowing her to go. Tamar discusses Peyman’s death with Milad and Marjan, while Faraz warns Tamar, Milad, and Marjan that the truth will be exposed soon. The General will be alone with Peyman’s body at the burial, even though he provides a solution.

Nahid is warned by Faraz that she is not secure at home and must attend Peyman’s funeral. Yulia attempts to contact Marjan by looking at CCTV footage of Tamar at the funeral. Vahid bumps into Tamar at the burial. Meanwhile, Hossein informs Faraz that a part has been recovered from the wreckage of the automobile. As a result of his actions, Vahid gets kicked out of the funeral. To add salt to the wound, they now want Tamar to murder Faraz with the poison.

We witness Tamar tell Faraz that it’s time for plan B as the program develops. The General thanks Peyman for his help and asks for his pardon. Faraz, on the other hand, is on his way to Peyman’s final resting place, bringing his personal effects. Tamar tasers Amir and, after knocking him unconscious, drive away with Milad. On the other hand, Nahid makes an unexpected move and sprays the hazardous perfume over Marjan’s face.

Read More:-  Euphoria Season 2 Release Date: Who Will Be the Series’ Stars?

By the end, the General has discovered that Peyman’s car was fitted with a device. Peyman’s phone rings and he vows vengeance in his own name. Tamar regrets Milad’s death before escaping. If renewed, the storyline of the next season can be taken up from the closing of this finale episode and expanded upon to explore more possible interactions that tie these characters and plot together in a perfect harmony narrative to continue with the main cliffhanger from the previous season.

Episodes from Season 3 of Tehran

Although the exact number of episodes for Tehran Season 3 has yet to be revealed, we can expect at least 8 episodes, each lasting about 49 – 52 minutes, if the series gets renewed. However, the number of episodes may vary, depending on the narrative that the program wishes to transmit to the viewers. Meanwhile, we recommend that fans wait patiently and binge-watch Season 2, which recently aired, to refresh their memories of key plotlines.

Furthermore, viewers are aware that many shows aim to keep their episode count steady throughout the season. This series is expected to follow a similar pattern. As a result, we advise fans to wait for any such updates with bated breath because additional information will be given once the news is made official.

Which members of the cast are anticipated to return for Season 3 of Tehran?

There has been no official word on whether or not any cast members would be removed from the show. For the time being, some of the principal cast members, including the actors listed below, are expected to reprise their roles:

The following are some of the series’ recurrent characters:

We’d like to note that the network has yet to make any more casting announcements as of June 17, 2022. Tehran Season 3 may see the addition of new cast members as well as the departure of some existing ones. As a result, we’ll have to wait for any more information, which will be provided if the series is properly announced before we see the next installment.

Is there a commercial or teaser for Season 3 of Tehran?

No, because the status of the show’s renewal has not been verified as of June 17, 2022. As a result, there is no teaser or trailer accessible for fans to get glimpses of the upcoming chapter of the series and guess on possible primary plotlines. Meanwhile, check out this exclusive interview with Glenn Close and Niv Sultan on the TODAY network, where they discuss the second season of the Israeli espionage thriller Tehran.

Where should you keep an eye on Tehran?

Tehran Seasons 1 and 2 are now available to stream exclusively on Apple TV+, with a variety of subscription rates to choose from according to personal desire. Viewers may also purchase a subscription plan for $4.99 per month based on a US membership, which includes a seven-day free trial for new users and three months free when purchasing any Apple items.

Glenn Close appears in the teaser for Season 2, the most recent season of the series, as she joins Niv Sultan and Shaun Toub for an action-packed new season of Tehran. Check out the official trailer below the jump:

“Tamar is a Mossad hacker-agent who infiltrates Tehran under a false identity to assist destroy Iran’s nuclear reactor; when her mission fails and she’s imprisoned in a new life, Tamar must prepare an operation that will put her loved ones in peril,” according to Apple TV+’s official synopsis.

Read More:-  Sex/Life Season 2 Release Date: When Will It Be Available on Netflix?

While you wait for further information about Tehran Season 3, catch up on all prior seasons on Apple TV+.