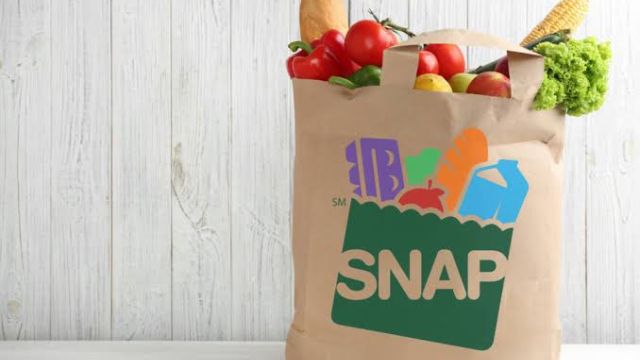 The state’s Emergency Supplemental Nutrition Assistance Program (SNAP) benefits may be expanded, according to state senator Cathy Osten, D-Sprague, and state representative Toni Walker, D-New Haven, who serve as co-chairs of the committee.

But for now, thanks to a change made at the federal level last year, SNAP recipients are getting a little extra cash.

More than 200,000 households received SNAP benefits from the state Department of Social Services on Friday, totalling more than $33 million. The funds will be deposited on the recipients’ Electronic Benefit Transfer (EBT) cards.

The additional funds, which amount to at least $95 per household, come from the state legislature’s decision to extend Gov. Ned Lamont’s executive order this year designating the COVID-19 pandemic as a public emergency.

President Biden’s executive order of January 22, 2021, which required the USDA to consider new guidance allowing states to increase SNAP emergency benefit allocations for all households, including those who were previously ineligible to receive it, is said to be the cause of the $95 increase, according to a DSS news release on Friday. “This increase is anticipated to continue, pending the outcome of the ongoing state and federal public health emergencies.”

As of May 31, 378,680 people in the state were reportedly receiving SNAP benefits, according to DSS. Since the pandemic started, Connecticut has received nearly $750 million in SNAP funding.

According to a statement from the DSS to The Day, “SNAP maximum benefit levels are set by the federal government and adjusted annually based on the cost of the Thrifty Food Plan (TFP)”. The TFP is the amount of money spent on groceries for a family of four to maintain a balanced diet. TFP adjustments are made by the Food and Nutrition Service of the USDA in June, and they go into effect on October 1st.

For the first time in 46 years, the Thrifty Food Plan was reviewed in response to the 2018 Farm Bill. The TFP review led to an increase in SNAP benefits starting in October 2021 that generally amounts to $12 to $16 per person, per month. You can find more details at https://www.fns.usda.gov/snap/thriftyfoodplan.

Although Osten and Walker intend to request an increase, the state legislature lacks the authority to do so because SNAP benefits are federal benefits.

Osten stated, “Representative Walker and I are reviewing the budgets of all state agencies. “We discussed the DSS budget on Wednesday with the Office of Fiscal Analysis, and we sent an email to the commissioner (Deidre Gifford) about both the heating assistance programme and SNAP because they’re both connected, and we want to make sure that we’re looking at this ahead of time.”

These two programmes are funded by the federal government. It’s up to us, not the governor, to at least determine whether there is a chance that the federal government will increase the amount of SNAP and heating assistance. To find out what the commissioner has to say about it, we are speaking with her about it.

The appropriations committee will meet in the coming months, according to Osten, and she and Walker want to be prepared with responses for the members of the committee.

We simply want to comprehend the procedure so that we can determine whether it is feasible, said Osten. “And we want to ensure that we are examining all of the issues sort of right up front to see if we can ask for an increase from the federal government on these two programmes,” the statement continued.

According to Thames Valley Council for Community Action’s marketing director Barbara Crouch, the group assists individuals in determining their eligibility for SNAP benefits and, if they are, assists them in completing the DSS application.

Since we are a community action organisation, Crouch explained, “we can go right into the state’s website and fill out that application for them immediately.” “If you need food right away, we do have grocery store gift cards that we can give you until your SNAP benefits are activated,” the company says.

For help with submitting an application for SNAP aid, individuals can go to the TVCCA offices at 83 Huntington St. in New London and 401 West Thames Street in Norwich, or they can meet virtually with a TVCCA representative.

Additional SNAP funding is constantly required, according to Crouch.

The DSS stated that state lawmakers and the governor could add state-funded benefits to the federal SNAP programme.

When, According to the SNAP Timetable, Should I Expect Payments in August of 2022?