Following a Bipartisan Agreement, the Senate Is Prepared to Enact the First Significant Gun Safety Legislation in Decades 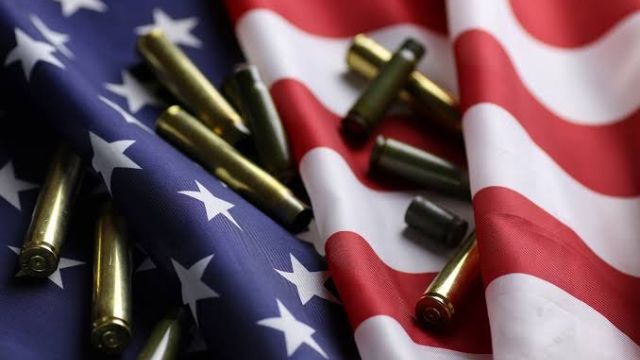 On Tuesday, the Senate made significant strides toward approving the first significant piece of federal gun safety legislation in a generation.

The proposal still needs to pass two more crucial votes to end a filibuster and then for final passage in the Senate, but it has the support of Senate Minority Leader Mitch McConnell and garnered more than the minimal number of 10 Republican votes required to end a filibuster on Tuesday.

According to Senate Majority Leader Chuck Schumer, it might pass the Senate by the end of the week before moving on to the House.

Although it does not ban any weapons and falls far short of what Democrats and polls indicate the majority of Americans want to see, if passed, it would represent the most significant new federal legislation to address gun violence since the 1994 assault weapons ban, which had a 10-year ban that expired in 2017.

As the creator of the Brady background checks bill, which was approved in 1994, Schumer expressed his happiness that, for the first time in almost 30 years, Congress is once again on track to take real action to reduce gun violence.

Millions of dollars are allocated in the measure for crisis intervention programmes, mental health services, school safety, and incentives for states to add juvenile records to the National Instant Criminal Background Check System.

A big triumph for Democrats who had pushed for it for a decade, it also makes significant changes to the procedure when someone between the ages of 18 and 21 wants to buy a handgun and closes the infamous boyfriend loophole.

After days of wrangling amongst lawmakers over various issues, the bill’s text was finally released, prompting concerns that the initiative might fail. To get the bill passed out of the Senate before it adjourns for the Fourth of July holiday, lawmakers must now work quickly.
The deal marks “progress and will save lives,” according to Schumer, who praised the bipartisan negotiators Tuesday night.

The New York Democrat continued on the Senate floor, “While it’s not all we want, this legislation is desperately needed.

The Bipartisan Safer Communities Act was introduced by Democratic Sens. Chris Murphy of Connecticut and Kyrsten Sinema of Arizona, as well as Republican Sens. John Cornyn of Texas and Thom Tillis of North Carolina.

The 10 Republicans who first endorsed the gun safety framework did not include McConnell, Ernst, and Capito, who are in the GOP leadership, as well as Murkowski and Young.

The legislation is broken down as follows:

The main issue had been whether this money may be utilised for anything other than red flag rules. Republicans were successful in getting funding for places with various crisis intervention services but no red flag laws.

The closing of the ‘boyfriend loophole’ This act addresses a long-standing crack in domestic violence legislation that prohibited anyone convicted of crimes against married partners, partners with whom they had children or partners with whom they shared a residence from owning firearms. Older laws did not cover intimate relationships between people who do not share a home, a marriage, or children.

The legislation now prohibits anyone convicted of a crime involving domestic violence from owning a firearm if they have a “continuing substantial relationship of a romantic or intimate character” with the victim.

The law does not apply in the past. However, provided they haven’t committed any other crimes in the last five years, it will permit those found guilty of misdemeanour domestic violence offences to regain their gun privileges. That is a crucial accommodation for Republicans encourages more gun dealers to apply for federal firearm dealer licences.

The legislation targets people who sell firearms as their main source of income but have in the past avoided becoming Federally Licensed Firearm Dealers. This is essential because before they sell a gun to someone, federally licenced dealers must conduct background checks.

greater scrutiny of those looking to purchase firearms between the ages of 18 and 21 The law establishes a new process for examining those data as well as funding to states to encourage them to incorporate juvenile records in the National Instant Criminal Background Check System.

It provides NICS three days to examine a person’s file. NICS receives an additional seven days if something possibly disqualifying occurs. If the review is not finished by then, the transfer of the firearm occurs.

It creates new federal laws to combat the trafficking of guns and straws. Makes it simpler to pursue those who acquire firearms on behalf of people who aren’t permitted to do so.
funding for mental health services and school safety is increased.

Several programmes that already exist but would get extra funding as a result of this bill are supported by this funding.