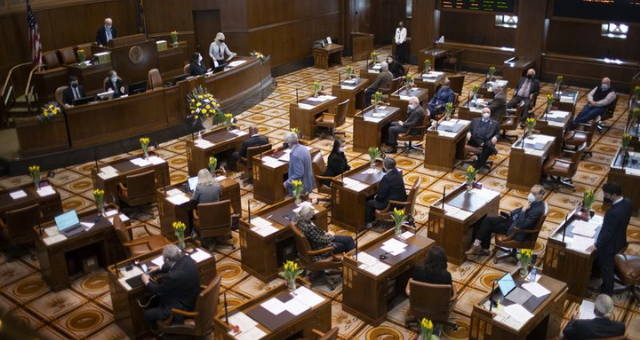 The one-time stimulus payments for a select group of low-income workers were approved by Oregon lawmakers in March. Oregon residents who applied for the Earned Income Tax Credit in 2020, a tax cut for low-income working households, and resided in the state for the final six months of that year will get the payouts.

The distribution of almost $141.8 million to 236,000 qualified families was announced by the Oregon Department of Revenue on Wednesday. There may only be one payment per household.

The remaining about $60 million will be distributed through the mail, with around $82 million going straight into the bank accounts of eligible people. According to the state, eligible individuals will get their money no later than July 1.

With federal pandemic money that Congress granted last year, the state is paying for the stimulus payments.

The payments are not subject to either state or federal income tax, according to Rich Hoover, a representative for The Oregon Department of Revenue.

This spring, House Bill 4157, which saw a small number of Republicans join the majority of Democrats in supporting it, was passed by sizable majorities in both houses of the Oregon Legislature. The payouts grew out of a 2021 idea for greater stimulus payments, up to $2,000, to be given to vital employees who remained on the job during the epidemic and those who returned to it last autumn.

Oregon residents with inquiries can send an email to [email protected] to The Oregon Department of Revenue.