Do You Recall When Willie Nelson’s Fans Purchased His Belongings Back for Him After the IRS Attempted to Auction Them Off? 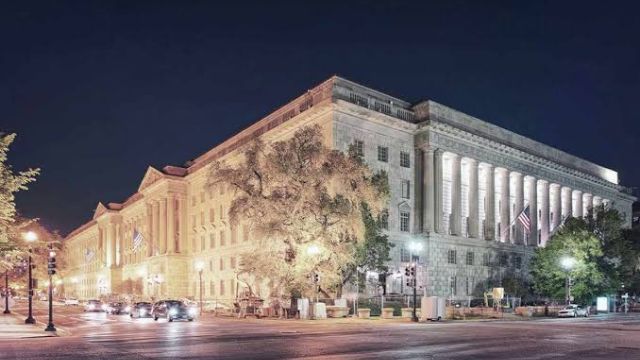 In Texas, Willie Nelson is someone you most definitely don’t mess with. Of course, that’s what the IRS attempted to do back in the early 1990s when they pursued the country music legend for what they claimed to be $16.7 million in outstanding tax bills that he owed to Uncle Sam.

Willie’s problems began back in the early 1980s when the IRS asserted that he owed $6 million for money that was stashed away in tax havens put up by his accountant. The government then asserted that he owed an additional $10 million in fines and unpaid taxes dating all the way back to the 1970s after doing further investigation.

Willie and his group made an effort to negotiate with the IRS and contest the tax bill, but they were unsuccessful.

So, in August 1990, the IRS knocked on Willie’s door, which is essentially what no one wants.

Willie’s possessions were confiscated by federal officials in six separate locations, including his homes and land, his master tapes, his gear for recording and touring, his gold records, and even his clothes.

The IRS didn’t get their hands on his renowned and adored guitar, Trigger, though.

Due to Willie’s suspicion that the IRS would soon knock on his door, Trigger was given to Lana, his daughter, to keep secure in Maui.

The remainder of his belongings, however, were auctioned off.

And, according to Saving Country Music, things didn’t turn out well.

His 44-acre property in San Marcos, Texas, which he purchased from the physician who delivered him as an infant, was put up for sale by the IRS. But no one would pay for it.

After two unsuccessful auctions, the house was ultimately purchased for the minimum price of $203,840. And the lucky buyer? A farmer’s advocacy organisation, which Willie had previously supported through his Farm Aid benefit event, purchased the home to sell it back to Willie.

The Pedernales Country Club, another property up for auction, also contained Willie’s recording studio where he did much of his recording in the 1980s, including his Pancho & Lefty album with Merle Haggard.

The IRS did succeed in selling this one to none other than Willie Nelson’s pal Darrell Royal, a former football coach at the University of Texas.

However, the transaction to Royal was nullified and Royal was given his money back when the IRS discovered that Royal had purchased the property for safekeeping to return it to Willie after his tax due was settled.

The club was finally purchased by an investor’s group when it was put back up for sale, but this time the recording studio was sold separately. And Willie Nelson’s nephew Freddy Fletcher purchased it.

You can see the trajectory of this.

Evidently, the IRS also noticed how things were developing. They ultimately made the decision to give up on the battle.

The “Willie Nelson and Friends Showcase” purchased a variety of Willie’s gold and platinum albums, instruments, posters, and other personal belongings for the pitiful sum of just $7,000.00.

When the IRS realised they would never be able to sell Willie’s property and recover their money (at least not if his supporters and the good people of Texas had anything to say about it), they went back to the negotiation table with Willie and his representatives.

Willie, on the other hand, remained remarkably positive. He once even left his bus parked outside the IRS offices in Austin so that he could meet with clients when they were taking breaks and sign autographs for the crowd.

The IRS and Willie finally reached a settlement in 1993, with Willie agreeing to pay $9 million, of which $3 million had previously been paid, for a little over half of the amount the IRS had first asserted he owed.

The famed “IRS Tapes” were undoubtedly one outcome of these conversations. Who Will Buy My Memories After The IRS Tapes?

To help Willie pay off some of his debt, a double album featuring acoustic recordings of both new and unreleased songs was released in 1992. To aid Willie in raising money, the IRS agreed to assist with the album’s promotion.