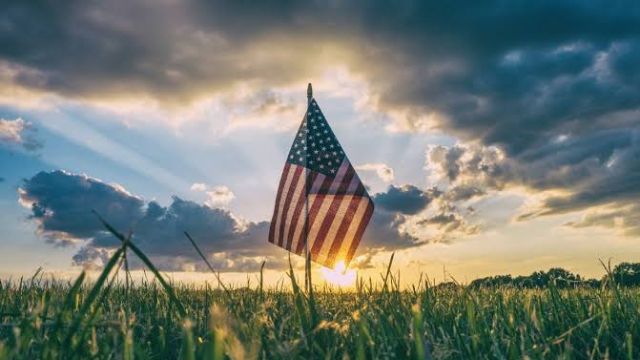 As federal agencies compete with local fire departments and big box stores in a competitive labour market, firefighters’ organisations applaud the Biden administration’s efforts to raise pay. However, they caution that the temporary wage increases won’t be sufficient to address staffing issues.

The decision to increase federal firefighter pay, according to Jonathon Golden, a former firefighter from Park City, Utah, “is an effort and an endeavour to try to keep people at their occupations.” “But it is still far below the wage in municipal departments and other state entities,” she continued.

In the western United States, wildfire season is in full swing, and the tight rivalry for labour is making things more difficult for the land management organisations that hire firefighters. Firefighters and those who support them have long criticised stagnating compensation and rising costs of living, believing that both make it difficult to recruit new members and make attrition inevitable.

The Biden administration declared on Tuesday that money from the infrastructure package would be used to pay back wages and give all federal firefighters a raise for two years, up to the lesser of a 50 per cent increase in base pay or $20,000 per year.

The action is a result of President Joe Biden’s executive order from last year, which increased the federal fireman minimum wage to $15 per hour. Additionally, it puts into practice clauses from the infrastructure bill from the previous year meant to aid in hiring and retaining firemen, including a $600 million one-time payment to increase compensation.

As the U.S. West becomes hotter, drier, and more prone to wildfires due to climate change, Biden said funding for long-term pay raises remained a priority.

To ensure that these heroes continue to receive the compensation and honour they deserve, he pledged to do all in his power, including working with Congress to obtain long-term financing.

The number of unfulfilled staffing requests on significant wildfires, or “unable to fill orders,” despite claims from officials that it is an inaccurate indicator, points to escalating issues: The National Interagency Fire Center was unable to dispatch workers to wildfires when needed 92 times in 2019. 339 orders for crew mobilisation in 2020 were unable to be fulfilled. And 1,858 crew mobilisation orders from the previous year were not fulfilled.

According to Ken Schmid, an operations specialist at the National Interagency Fire Center, “unable to fill” orders reflect staffing requirements but may also be influenced by geography or the season, especially during the months when agencies devote resources to high-priority training or other tasks.

Grant Beebe, a veteran smokejumper and the assistant director for fire and aviation at the Bureau of Land Management, explained: “What it comes down to is we’ve got more significant fires out there and incident management teams need to try to corral them than we have individuals available.”

Raising pay was long overdue, according to members of the lobbying group Grassroots Wildland Firefighters. The nation’s top firefighters, including hotshots, smokejumpers, and helitack crews, may leave the country if there are no long-term increases, they caution.

“A Whole Foods can offer you a $16 starting wage and a $1,000 signing bonus. Simply put, the labour market is tight right now, according to Golden, a former fireman.

According to research by Grassroots Wildland Firefighters, third-year federal firefighters employed by the California Department of Forestry and Fire Protection presently make about half as much as mid-career federal firefighters. The salary of entry-level municipal firefighters battling the same fire for federal agencies can be as little as one-fourth that of incident commanders.

According to federal officials, the wage and benefit disparity between federal firefighters and their state and local counterparts will be closed through pay increases and the development of a new job classification that would allow more firemen to be employed for year-round work.

They state in a fact sheet released this week that they anticipate the adjustments made on Tuesday will aid firefighting organisations in hiring additional personnel and fostering opportunities for current employees to enhance their careers. Both, according to officials, ought to reduce the attrition rates for qualified firemen who have moved on to other agencies or sectors.

During this summer’s peak season, land management organisations, primarily the U.S. Forest Service and Bureau of Land Management, hope to employ more than 30,000 firefighters, and they have been actively seeking new hires all spring.

However, the Forest Service reported last month that overall staffing levels were 90%, but as low as 50% in some areas that are prone to fire, including California, Oregon, and Washington.

In light of a worse-than-average fire season, Randy Erwin, head of the union representing the majority of federal wildland firefighters, said this year’s recruitment and retention efforts had been particularly challenging. He anticipates the pay increase will assist agencies in filling their firefighter ranks.

Jobs were becoming exceedingly difficult to fill because firefighters “just could not make ends meet on the ridiculously low salary offered at government agencies,” he claimed in a statement.

There aren’t many indications that hiring is slowing down, according to Brad Hershbein, senior economist at the W.E. Upjohn Institute for Employment Research. Although the job market is still tight, he claimed that private sector companies, such as the federal agencies that employ firefighters, had more fully recovered to pre-pandemic levels than public sector employers.

Firefighting may be a desirable career for young people seeking adventure and a feeling of purpose. Still, Hershbein claimed that the attractiveness would probably not shield government agencies from more general labour market trends and the numerous considerations that job candidates must make.

“It’s going to be incredibly hard,” he added, “unless they are going to be doing other things to entice people — like bonuses and other incentives.” He was referring to everything that was happening in the labour market.

Sen. Ron Wyden of Oregon, who earlier this month referred to impending personnel shortages as an “urgent threat to natural resources, public safety, and taxpayer dollars,” praised Biden’s declaration. However, he claimed that more needs to be done for firemen, especially if fires became more serious.

He stated, “They deserve the fundamental decency of high pay and good benefits that adequately reflect their effort and important work and enable them to support their families.

There is no time to spend putting these improvements into practice because summer is here and there are fireman shortages in Oregon and the rest of the West.