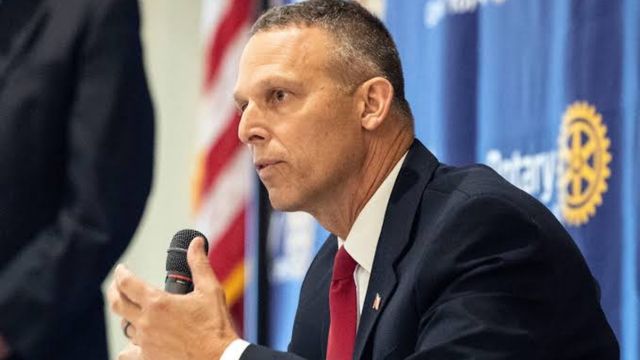 According to the office of Republican congressman Scott Perry, federal investigators took possession of his cellphone on Tuesday.

This suggests that the justice department is investigating the communications of a close ally of Donald Trump who is also a person of interest to the House select committee that was formed on January 6.

The decision by the FBI to seize Perry’s phone came a day after federal officials executed a search warrant on Trump’s Mar-a-Lago estate and took boxes of records, but it was unclear whether the two incidents were connected at the time of the announcement.

In a statement that was first reported by Fox News, Perry, a prominent Republican from Pennsylvania who is also the chair of the ultra-conservative House Freedom Caucus and who has been subpoenaed by the select committee, confirmed that his phone was taken by federal investigators.

Perry is also the chair of the House Freedom Caucus, which is a group that advocates for extreme conservative policies.

My cell phone was taken from me this morning by three FBI agents who came to visit me while I was travelling with my family.

“They made no attempt to contact my lawyer, who would have made arrangements for them to have my phone if that was their wish,” Perry said in the statement.

“They wished to have access to my phone but I did not provide it to them.”

“The information on my phone includes details regarding my involvement in legislative and political endeavours, as well as personal and private conversations with my wife, members of my family, constituents, and friends.

Nothing of this should concern the government in any way.

The congressman, who is known for being one of the most outspoken defenders of Trump on Capitol Hill, drew parallels between the seizure of his phone and the search of Trump’s Palm Beach resort by the FBI.

He asserted, without providing any evidence to support his claim, that both actions were politically motivated overreach on the part of the Biden administration.

In the same vein as President Trump the night before, the Department of Justice decided to take this needless and aggressive move rather than merely calling my attorneys.

“Every citizen ought to be concerned about these types of banana republic techniques,” Perry stated in reference to the warrant that was approved by the court and used by the FBI.

It was not immediately possible to establish the circumstances underlying the seizure of Perry’s phone, and a representative for Perry did not respond to questions regarding the nature of the criminal investigation under which the FBI confiscated his device.

With regard to his participation in opposing to the certification of Joe Biden’s election win and in seeking to remove top justice department officials, Perry has come under heightened scrutiny in recent months as a result of Trump’s efforts to reverse the results of the 2020 election.

Despite the fact that he was subpoenaed, the congressman has declined to address questions regarding those concerns when testifying before the select committee.

Perry’s attorney, John Rowley, who also represents Trump, has stated that his client did “nothing improper” with regard to the attack on the Capitol. Rowley is also representing Trump.

Nevertheless, the fact that his phone was taken away from him seems to point to the fact that Perry’s communications are currently the subject of a criminal investigation.

According to the select committee’s findings, Perry is one of several House Republicans who requested a pre-emptive pardon from Trump following the uprising that took place on January 6.