5 Takeaways From the Patriots’ Preseason Loss to the Giants 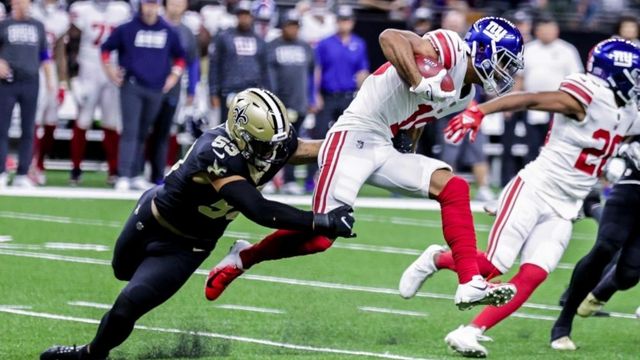 Of course, at this point, wins and losses are irrelevant; what matters are the players who stood out on the playing field and generated excitement. Many new players participated in the game; rookie Tyquan Thornton scored the game’s first touchdown, Terrance Mitchell forced a fumble, and Mack Wilson displayed some surprising speed for the middle of the defence.

As the 2022 Patriots season officially kicks off, here are the top five lessons learned.

Except for youngster Cole Strange, the majority of Mac Jones’ starting offensive line, several defensive starters, including Ja’ Whaun Bentley, Lawrence Guy, and Davon Godchaux, as well as the top three returning safeties, did not play against the Giants.

There will be plenty of live work for those crucial players over the next two weeks since joint practices with the Panthers and Raiders are quickly approaching. But on this particular night, there was an opportunity for several young players to get their NFL start, as well as for some fresh veterans to see action as Patriots.

Tyquan Thornton continued his good performance from training camp into the game, scoring the team’s first touchdown of the year with a smooth movement along the backline of the end zone, juking his coverage, and making an easy grab for six points.

Thornton is renowned for his long speed, but he is developing a route running subtlety that will allow him to manoeuvre through tight areas.

Even though he only had two catches overall, the rookie was still able to make progress. In the upcoming weeks and months, his continuous development will be something to keep an eye on.

Terrance Mitchell proved why the Patriots were interested in signing him in free agency by punching the ball out and forcing the game’s first turnover.

The Patriot’s defence has traditionally specialized in takeaways. As the two worked together to make the big play, fellow corner Malcolm Butler pounced on it. Mitchell continued to have a penchant for shaking the ball loose, forcing six fumbles in each of his last two seasons with the Browns and Texans.

Josh Uche’s sack was made possible by rookie defensive lineman Sam Roberts’ effective pressure. As a defensive lineman, Roberts hasn’t really stuck out in camp, which is understandable. However, he did make an impression in his first game action by also drawing a holding penalty. One negative for Roberts was a hands-to-face penalty. 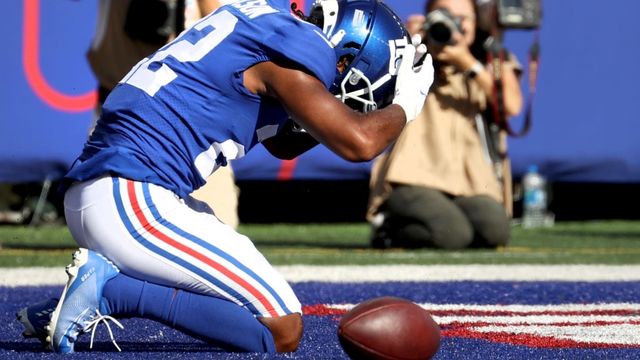 Bryan Ray, on the other hand, has demonstrated some exceptional pass rushing in practice, and he did so once more while pursuing the quarterback during a real game. Along the defensive line, there aren’t many new players, so Roberts and Ray should both have room to develop.

Anfernee Jennings, who was inactive in 2021, saw lots of playing time and demonstrated why he has been one of the camp’s biggest risers. His blockers had a difficult time dealing with him during his reps because he is a large, tough edge player.

With some impressive punt returns, including one of 30 yards, Myles Bryant surprised everyone. Even though Marcus Jones, a rookie with exceptional punt return skills, is still in the wings, Bryant’s appearance in this role was a surprising turn of events.

Tre Nixon salvaged himself early in the third quarter with catches of 36 and 32 yards after a terrible third-down miss. Nixon made some good tweaks to each of them while the ball was in the air.

With eight catches for 99 yards, Kristian Wilkerson was the team’s top receiver. Even though the third-year player still faces a steep uphill struggle to make the roster, he gave it his all on Thursday night.
Zappe begins to swim

The offence was able to march down the field as they have all summer thanks in large part to quarterback Brian Hoyer, who opened the game and completed 5-of-8 passes for 59 yards and a touchdown to Thornton.

Following Bailey Zappe’s entry into the contest, the offence struggled for the remainder of the first half, although he would eventually start to have some success.

Early in the second half, things would start to improve as the rookie began to feel at ease. On the first play of the third quarter, Tre Nixon would receive a 26-yard touchdown pass from Zappe to get things going.

Later in the quarter, Nixon would receive another big play down the sideline as the Patriots would go on to score.

A deflected interception dealt Zappe a hard hit as he was in charge of a fourth-quarter drive, but he bounced back to guide the Patriots to a fourth-quarter touchdown drive that restored New England’s advantage.

He made a great decision to unload the ball in the face of pressure, resulting in a touchdown pass to Lil’Jordan Humphrey. The rookie quarterback had a strong NFL debut, playing almost three-quarters of the game.

Following all the usage and discussion of wide zone running plays, the offence largely kept their ground game under wraps, attempting just seven runs to 17 passing plays in the first half while relying almost entirely on J.J. Taylor until Pierre Strong and Kevin Harris finally entered the game in the second quarter.

Running behind the reserve offensive line, the running game as a whole was inefficient, gaining only 52 rushing yards on 18 attempts. One moment that demonstrated some of Kevin Harris’ power was his difficult touchdown run.

The defence cannot leave the field promptly or late.

While holding the Giants to a field goal on their opening drive, the Patriot’s defence demonstrated its familiarity with the “bend-don’t-break” strategy by allowing a 13-play, 68-yard drive.

But as the game went on, they were bending and breaking, allowing an 11-play, 86-yard drive and then in the second half, a nine-play, 51-yard touchdown drive because the defence wasn’t making reliable plays to get off the field.

They would do better in the second half as the Giants dug deeper into their depth chart, forcing a punt and forcing a red-zone stop on subsequent possessions late to keep the game within one score.

However, when the Patriots regained a one-point advantage, the defence was unable to make the decisive play, allowing the Giants to go on a long closing drive that resulted in the game-winning field goal.

The defence gave up a total of 418 yards on the night as they battled to convert on third down and shot themselves in the foot with several careless mistakes, particularly in the opening minutes.

Although some of it is to be expected with backups during the preseason, their performance against live competition dipped following a strong start during training camp workouts.

With the Panthers currently engaged in a quarterback duel, this creates the opportunity for some intriguing joint practices. A major defensive priority will still be making plays and leaving the field quickly.