Important Stimulus News for the Month of August 2022 In the years 2020 and 2021, in the midst of the worst of the coronavirus pandemic, the United States government showered consumers and businesses alike with a variety of forms of economic stimulation to keep the economy steady.

Since that time, there have been several attempts made by legislators and even members of the general public to have additional stimulus legislation passed.

Even though the economy rebounded strongly following the brief recession that occurred in 2020, which only lasted for two months, it has shrunk for back-to-back quarters to start off 2022, which could be a portent of another recession occurring shortly.

In light of this, many people in the United States are keeping their fingers crossed that extra stimulus will be provided, either by the federal government or by individual states, to prevent further economic decline. But are any of the plans truly on the verge of being implemented?

As of August 2022, it appears that the federal government’s initiative for extra payments of stimulus is at a low level.

Even though the Biden administration has proposed minimal relief for skyrocketing gas prices in the form of rebate cards or a gas tax holiday, none of these ideas has received any momentum in Washington as of yet.

A significant amount of silence has also been brought to the topic of extra direct stimulus payments. Despite this, there is a chance that ideas of this nature will acquire traction later on in the year as it appears that the United States may enter a recession. 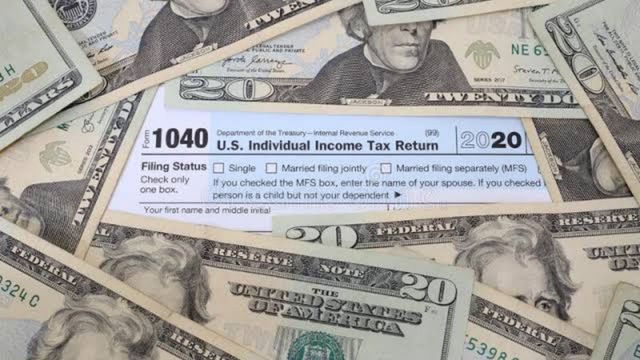 To this point in 2022, the states have done a significantly better job than the federal government of distributing additional cash to the citizens of the United States, and more states are taking steps to achieve this goal.

The following provides the most recent information regarding the authorization and distribution of state stimulus in 2022.

The state of California has been given the moniker of the “Middle-Class Tax Refund.” Between the months of

October 2022 and January 2023, the state of California is planning to deliver stimulus payments to its inhabitants. Your payments will differ according to your income, filing status, and the number of people that rely on you financially.

If you have dependents, your payments will increase, but they will drop if your income is higher than these thresholds.

The maximum allowable income for couples, heads of household, and surviving spouses is $500,000, while the limit for single individuals is $250,000.

Tax reimbursements of $750 for individuals and $1,500 for couples filing jointly were made available by the state of Colorado in May.

Starting in May, the state of Delaware was one of the early players in the game of state stimulus, sending out $300 rebate relief checks.

59,000 families in Florida with modest incomes are each receiving a payment of $450 for their child from the state.

Another state that moved quickly to take action in 2022 was Georgia. Beginning in May of that year, individuals in Georgia received $250, couples received $500, and heads of households received $375.

Residents of Idaho Residents of Idaho began receiving payments as part of the stimulus package in March; however, taxpayers were required to complete some basic math to determine how much money they would get.

According to the statute, they were required to make payments totalling either $75 or 12% of the amount they paid in Idaho state taxes in 2020, whichever was greater.

In May, the state of Indiana started providing refunds of $125 to each individual taxpayer in the state and $250 to married couples filing jointly.

In June of 2022, the state of Maine began sending payments of $850 to qualifying taxpayers, and the remainder of the money is scheduled to be distributed on a rolling basis up until the end of the year.

Although applications are no longer being accepted, about 667,000 of Minnesota’s front-line workers were eligible to receive a stimulus payment of $750.

Workers were required to have worked a minimum of 120 hours in a frontline sector in Minnesota between the dates of March 15, 2020, and June 30, 2021, and they also needed to meet certain income standards to qualify for the programme.

The State Of New Jersey

On July 2, the state of New Jersey began sending out tax rebates of up to $500 in the mail. The total amount of the rebate was capped at $500 and was determined to be no more than the amount of tax paid after credits were applied.

In addition, it was anticipated that each taxpayer who submitted a return for the year 2021 would get $500, with that amount increasing to $1,000 for joint filers, heads of household, and surviving spouses.

These payments are going to be sent in two equal instalments, one in June 2022 and the other in August 2022.