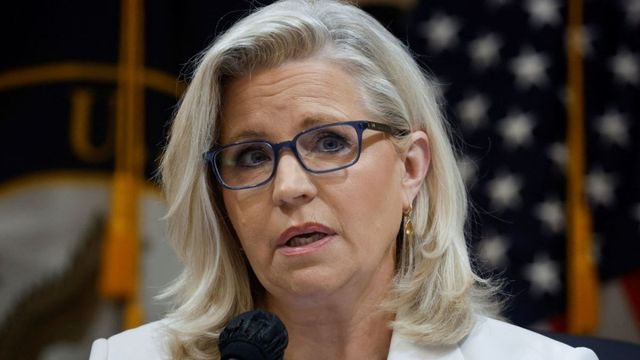 President Joe Biden and other Democrats are praising the advantages of the Inflation Reduction Act, a comprehensive spending plan that was passed to combat climate change, lower the price of prescription drugs, and lower the government deficit.

Republicans, though, are focusing their criticism on one clause in particular: the over $80 billion in financing for the Internal Revenue Service.

Senate Minority Leader Mitch McConnell, a Republican from Kentucky, stated that “American families do not want tens of thousands of additional IRS inspectors.”

Similar rhetoric was used by House Minority Leader Kevin McCarthy, a Republican from California: “You are going to spend $80 billion of hard-earned American taxpayer money to hire an army of 87,000 new IRS agents.”

Sen. Rick Scott of Florida, who serves as the head of the Senate GOP’s political committee, issued the following warning to anyone looking to apply for IRS jobs: If Republicans win back control of Congress, they will “defund” you.

“These new positions at the IRS will not provide you with the long-term job stability you may expect from a position with the federal government,” the IRS has stated.

The Treasury, though, has denied those assertions. The Treasury does not intend to hire 87,000 more agents, according to a report from ABC News.

Instead, it is anticipated that the IRS will use the funds appropriated through the Inflation Reduction Act to hire tens of thousands of people, many of whom will replace employees who have departed or are about to retire.

In a letter to IRS Commissioner Charles Rettig earlier this month, Treasury Secretary Janet Yellen stated: “Specifically, I direct that any additional resources—including any new personnel or auditors that are hired—shall not be used to increase the share of small businesses or households below the $400,000 threshold that are audited relative to historical levels.”

“This means that, contrary to the false information from [Inflation Reduction Act] opponents, small businesses or households earning $400,000 per year or less will not see an increase in the likelihood that they are audited.”

Instead, high-end noncompliance will be the focus of enforcement efforts, she said.

“There, sustained, multiyear funding is so essential to the agency’s ability to make the investments needed to pursue a robust attack on the tax gap by targeting crucial challenges, like large corporations, high-net-worth individuals, and complex pass-throughs, where today the IRS has resources to initiate just 7,500 audits annually out of more than 4 million returns received.”

According to a spokesperson for the IRS, “from answering the phones to enhancing IT systems,” a large portion of the funds would be used to modernize the IRS’s operations and enhance taxpayer services.

According to Susan B. Long, an associate professor of managerial statistics at Syracuse University Whitman School of Management, “there is no dispute that the Internal Revenue Service has increased duties, at the same time that its budget allocation has been decreased… for over a decade.”

According to Long’s investigation, the IRS only “answered roughly one out of every ten calls” and lacks “adequate people to answer the phones.”

She continued, “There is also a need to upgrade technology and enhance customer service.”

They employ “She went on to say that the IRS was still employing outdated technology from the 1960s and 1970s.

The IRS is expected to use the funds to undo the effects of funding reductions that have decreased its budget by roughly 20% since 2010.

As a result, the IRS has seen a “substantive drop in audits,” and while some people may enjoy that, it makes “the tax law more difficult to manage,” according to Janet Holtzblatt, a senior fellow at the Urban-Brookings Tax Policy Center.

Additional financing will not only make the tax law easier to administer but also necessitate hiring “talented, seasoned computer scientists who can improve systems,” said Holtzblatt.

It is, in my perspective, quite miraculous that the amount of money that the administration asked for a year ago has been adopted in full, said Holtzblatt, who expressed some scepticism about the IRS receiving the cash this year.

“This loss has been partly due to workers approaching retirement age, but they also couldn’t be replaced because the IRS had a hiring freeze for seven years, as well as these substantial budget cuts,” Holtzblatt continued.

The government claims that the additional funding and personnel will enable the IRS to step up enforcement to recover taxes that wealthy incomes and companies have not paid.

In her letter to Commissioner Rettig, Yellen stated that audit rates “would not increase relative to recent years for households making under $400,000 annually.”

“This historic investment in our tax system will achieve two important objectives,” Yellen wrote. “It will generate significant revenue to reduce the deficit, and it will create a more equitable system where those at the top who do not currently comply with their tax obligations find it much more difficult to do so.

All taxpayers will also receive the service from the IRS that they deserve and that your devoted workforce is eager to provide. It is impossible to stress how important the task that lies ahead is.”