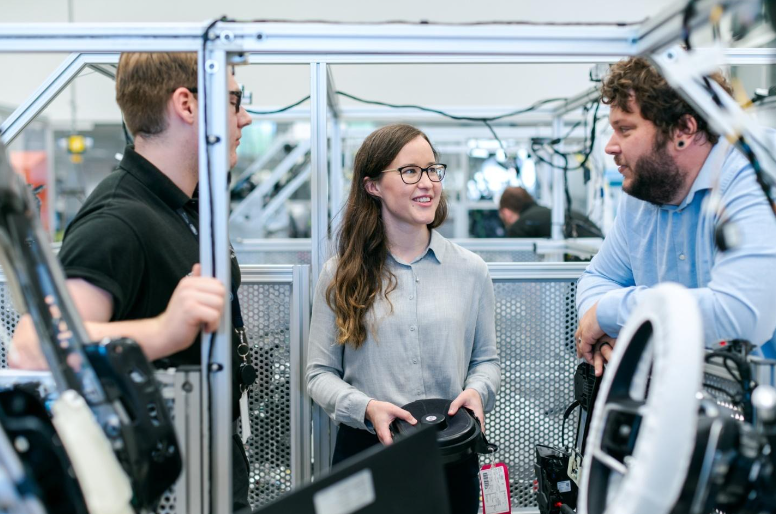 While the tech industry is one of the most lucrative (worth about $5.2 trillion worldwide), it has not been immune to the global talent shortage.

According to a report on the great resignation by Wired, up to 76% of global tech decision-makers are faced with critical skills gaps. At the same time, droves of current tech employees continue to leave their jobs for other opportunities. In IT alone, roughly 31% of workers were actively looking to leave their jobs in a 3-month period last year. To stem the loss of talent, many tech companies are offering special incentives for those who stay. Aside from special perks, pay increases, and exclusive benefits, specialized retraining is one of the most popular incentives.

How Tech Is Using Education To Keep Workers

For years, employee surveys have consistently shown that job training and upskilling are among the most important career factors for professionals. In fact, almost three out of every four employees even say they’d be willing to learn outside of paid hours. However, up until around 2018, the U.S. Bureau of Labor Statistics determined that most companies only gave about 12 minutes worth of training every six months. It was only recently that employers have finally listened to this in line with a timely shift towards an “employee-first” mindset. As mentioned earlier, tech companies are leading this retraining charge with industry giants like Amazon and Tesla making the most notable examples.

In the case of the world’s largest online retailer, Amazon’s free retraining package aims to hit two birds with one stone. Aside from the obvious benefit of educating workers in technical and machine learning programs, Amazon’s approach also targets the student debt plaguing its workforce. Nationwide, student debt is the second-highest consumer debt category worth a whopping $1.7 trillion. By picking up the tab on otherwise costly training, their Upskilling 2025 campaign is directly safeguarding the tenure of up to a third of its employees.

Meanwhile, Tesla is taking the proactive approach with their Tesla START intensive program. Designed to cater to potential employees in their automotive, electrical, and manufacturing teams, this multi-week program targets those about to graduate from college. By doing so, Tesla is able to both provide valuable hands-on experience but also swell its talent pool. This literally provides Tesla with a steady stream of Tesla-trained professionals ready to transition to full-time work.

In addition to industry leaders, many (comparatively) smaller tech companies have also been doubling-down on upskilling and training. Case in point, Zoho Corporation (an Indian multinational company with offices in Austin) has been championing internal learning programs. Rejecting the norm of hiring only those with certain qualifications, the cloud software developer instead encourages workers to enter their Zoho Schools of Learning. Because of this unique approach, Zoho now boasts a stable of talent that has stayed loyal even as they pursue more certifications and advanced degrees.

Is Retraining A Solution Or A Distraction?

That said, while there are multiple benefits to these initiatives, many critics argue that the tech industry’s actions are merely band-aid solutions. Some say that rather than fixing more deep-seated problems like exclusivity and gender bias, retraining programs are clever PR executions.

For instance, Tesla’s naysayers argue that their Tesla START program is nothing more than a distraction. Among the top tech companies in the world, Tesla is arguably among the most controversial. Led by its outspoken CEO Elon Musk, who recently caused an online firestorm after buying a 9.2% Twitter stake, Tesla is a divisive name. Especially since it was recently revealed that they’re rolling out mass lay-offs. To make matter worse, former Tesla employees have stated that the company’s severance pay is severely below that required by law. This comes following Musk’s startling statement that they were to cut 10% of their manpower. Understandably, this decision to suddenly terminate employees has many questioning the sincerity of their training program’s intentions.

At the end of the day, though, retraining seems to work for the broader industry. Although it’s too early to tell if these efforts will have a long-lasting benefit to employees and employers, there’s no doubting that it does sweeten the present deal.
Share. Facebook Twitter Pinterest LinkedIn Tumblr Email