As Relations Between the US and China Continue to Sour, Singapore Has Issued a Warning Against “Foreign Actors” 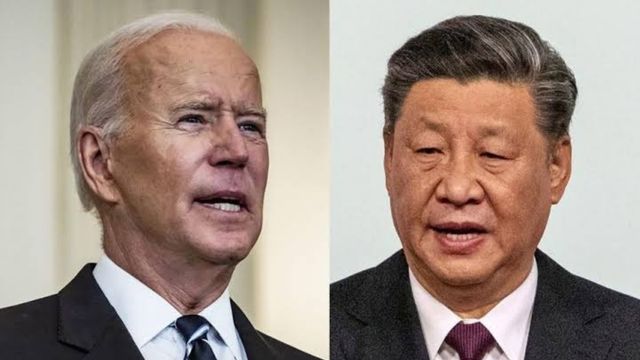 As the level of global geopolitical tensions continues to rise, the Prime Minister of Singapore, Lee Hsien Loong, issued a warning about “foreign actors” and intervention operations that could exacerbate divides in the city-state.

During his speech at Singapore’s annual National Day Rally on Sunday, Lee stated that relations between China and the United States have become “extremely difficult.”

He added that Singapore is among those attempting “our best to avoid being caught up in the big power struggle.” He noted the ongoing conflict in Ukraine as well as the tensions between the two giants regarding Taiwan.

Singapore has been one of the countries in Asia that have been the most vociferous in pleading with the United States and China to avoid a disastrous conflict that could impact smaller countries in the region.

Singapore, a city-state that is economically dependent on trade, helps to maintain a robust American presence in Asia by granting the United States access to its military facilities. At the same time, Singapore counts China as its most important trading partner.

In addition, Singapore is the only nation in Southeast Asia to have imposed sanctions against Russia in response to Moscow’s invasion of Ukraine.

Lee also cautioned the people of Singapore not to believe everything that they read on the internet. He made references to material found on websites and applications such as WhatsApp, Telegram, Facebook, and WeChat.

Given that Singapore is a financial hub with a multi-ethnic international population that enjoys widespread Internet access, the government has long maintained that the country is particularly susceptible to hostile information campaigns and fake news because of the country’s unique demographic makeup.

On July 7, a law that specifically covers hostile information campaigns came into effect in Singapore. This law was intended to prevent foreign interference.

At a later time, certain provisions that will put an end to foreign intervention carried out through the use of local proxies will go into effect.

The measure gives authorities the ability to issue orders to social media platforms like Facebook Inc. and Internet service providers to reveal information on potentially damaging content that they suspect may have been carried out by foreign actors or companies.

Lee predicts that there will be an increase in geopolitical competition in the Asia Pacific region, even though this region has been at peace for such a long time that it is “impossible for us to fathom things being different.”

Lee referred to the problems that have arisen as a result of Russia’s involvement in the conflict in Ukraine when he remarked, “Look at how things have gone wrong in Europe.”

“Are you really certain that things won’t go wrong in our part of the world as well? It is in your best interest to face reality and to mentally ready yourself.

He stated that Singapore will continue to require all male citizens to serve in the military for two years and will do so to maintain “strong and credible” security forces.

Lee emphasised that maintaining our status as a unified people was of the utmost importance. “Remain vigilant in the face of foreign actors who are attempting to take advantage of our weaknesses and to exert influence over our people for the sake of their own goals.”