Tax Evaders Have a Duty to Educate Themselves About Patriotism 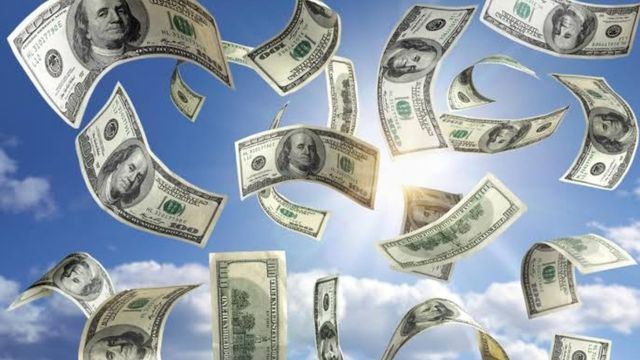 In case you were unaware, tax auditing is a multifaceted approach to ensuring taxpayer compliance. While some tax audits involve relatively straightforward individual returns, the level of complexity significantly increases when it comes to auditing returns from corporations and millionaires.

Senator Mike Crapo of Idaho is upset about the fact that this will result in a 70 per cent increase in money for IRS audits.

It would seem that we need them to have the assistance, considering that the number of audits conducted by the IRS has decreased by around half in the last ten years.

In 2019, the Internal Revenue Service (IRS) audited a fraction of one-half of one per cent of the over 250 million tax returns it received, a decrease from the approximately one per cent it audited in 2010. Now, though, there are rumours that revenue agents will be peering through our windows. This is nothing more than a fear tactic.

The underlying problem for them is that tax auditors can bring in revenue for the government without even having to raise taxes; all they have to do is enforce the law.

They are being asked by the auditors to pay the taxes that they already owe, but they refuse to do so because there is only a very remote possibility that they will be caught. However, this possibility will increase as more auditors are hired.

The Treasury Department has issued a directive that taxpayers reporting income of less than $400,000 per year would not see an increase in the number of audits they face.

The biggest worry regarding the Internal Revenue Service is that it will be able to collect more money from tax evaders without having to resort to raising overall tax rates.

The Internal Revenue Service estimates that for every dollar spent on the salary of an auditor, the taxpayer will receive back five dollars in the form of savings from tax audits.

This seems like a good deal until you realise that the government will keep four of those five dollars after deducting the cost of the auditor’s salary.

And that, it would appear, is the crux of the matter: the government shouldn’t get the money because, according to wealthy opinion-maker Grover Norquist, the objective is to shrink the size of the government to the point where we can either drown it in a bathtub or make it fit inside a uterus, depending on your preference (so to speak).

No, the problem is not that some people lie and cheat and hire creative accountants to avoid paying what they should pay while there are also patriotic honest Americans who pay their taxes despite not having the intelligence or the lawyers or, to put it more plainly, the desire to cheat the American people.

It would appear that the issue is that we should not collect taxes from individuals and corporations, particularly if they cheat on their taxes. This is a somewhat radical departure from the traditional interpretation of “law and order.”

If the argument against the bill is that it will only collect more money to give to the government so that the government can do what it is required to do by law — laws that are often approved by those who object to the Inflation Reduction Act — then say that as the objection to the bill rather than trying to scare the pants off of honest taxpayers by telling them that IRS agents will be looking at their bank accounts.

I happen to be one of those oddities that like most things that the government does, such as feed the poor, because private charity can’t, even though it tries its best; to enable the development of a vaccine for COVID in record time (thanks to President Donald Trump); like developing a rescue plan from the COVID disaster (Trump again, then Biden); like delivering the mail; like protecting us from our foreign enemies; like on and on and on and on.

And sure, there are a lot of aspects of the government that I dislike, particularly those aspects in which other people reap the benefits but I do not.

But I am not willing to cheat anyone out of something that is rightfully theirs just because I don’t like it, which is why I believe in a representative government that meets the needs of the majority of its citizens, even if it is not perfect. After all, “We are all in this together,” is a phrase that I used to hear a lot more frequently than I do it today.