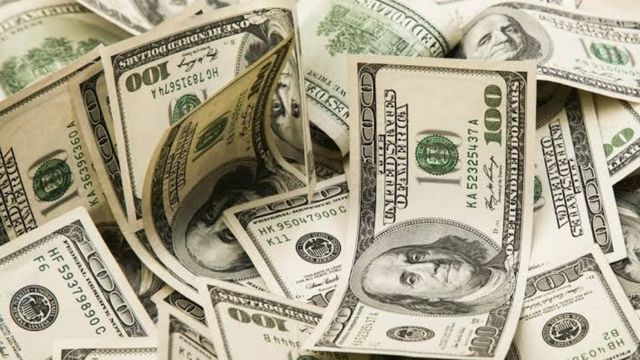 It is our civic duty to make tax payments. It is the responsibility of the government to simplify and reduce the cost of our tax obligations to the greatest extent possible.

However, for far too long, Congress has disregarded this responsibility, choosing instead to give preference to businesses that profit from the fact that we are required to file tax returns.

This issue would be resolved if a bill that was recently proposed in Congress were to become law. The Tax Filing Simplification Act has been co-sponsored by Senator Jeff Merkley, Representative Earl Blumenauer, and Representative Peter DeFazio.

This act would establish an easy and cost-free method for individuals in the United States to file their taxes. This common-sense amendment should receive support from the remainder of Oregon’s congressional delegation as soon as possible.

According to estimates provided by the Internal Revenue Service (IRS), the process of filing a federal tax return currently takes the typical taxpayer approximately 13 hours and costs them a total of $240 annually.

People still have to deal with these burdens even though the Internal Revenue Service (IRS) already has the information it needs to determine their tax liability for the vast majority of them.

Do you receive a W-2 form from your company that details the amount of money you were paid? As does the Internal Revenue Service.

Do you receive a form 1099 from the bank that details how much interest you received over the year? As does the Internal Revenue Service. The truth is that many times people waste their time and money just to inform the IRS of something that it is already aware of.

The impact will be even more severe for some households. Many people in the United States who are eking out an existence on low salaries do not bother to file tax returns because of the associated costs and the difficulty of the process.

Although they may not be required to file tax returns because of their low incomes, this does not mean that they are not eligible for tax credits that are intended to assist them in providing for their families.

They are passing up many thousand dollars in additional income that could make their life and the lives of their children a little bit simpler as a result of this decision.

Oregon has a significantly higher rate of families that are eligible for tax credits but do not claim them, which is a problem that exists in almost every other state as well.

The Tax Filing Simplification Act would force the Internal Revenue Service to make it easier for individuals to access wages and other data that the agency already has in its possession and that is required to submit a tax return.

It is not a novel idea to have a system of pre-filled tax returns; other countries already do it this way, which makes paying taxes a breeze for the people who live in those countries.

There is more to this. This measure would also give taxpayers filing returns that are very straightforward the option of having the government draft their taxes in their entirety.

In addition to this, it would instruct the Internal Revenue Program to develop its very own free online tax preparation and filing service. Yes, free.

Why does our government not make it possible for individuals to easily and without cost file their tax returns? because a select group of large corporations benefit from the broken system that is already in place.

In 2002, the Bush administration proposed the creation of a free tax filing system; however, the plan was ultimately scrapped due to a huge lobbying campaign headed by Intuit, the owner of TurboTax.

Instead, the IRS came to an agreement that would permit a select few businesses the ability, in principle, to give out free tax preparation software to as many as 70 per cent of taxpayers.

In actuality, just a small percentage of people use the free service. In 2021, fewer than 3% of people who filed taxes made use of the complimentary programme.

One company, Intuit, for example, structured it so that consumers could not find the free service and instead directed taxpayers with modest incomes to its expensive service.

A slap on the wrist for a company that raked in billions of dollars in profits during that period, the company agreed earlier this year to pay $141 million to settle a claim that it had deceived users with promises of free tax filing. The settlement was reached in January of this year.

After the Internal Revenue Service put measures into place to reign in the shenanigans of corporations, the contract that had been in place between the IRS and the corporate tax preparers ultimately fell through. In 2020, H&R Block withdrew from the transaction, and Intuit followed suit the next year, in 2021.

People would save money and avoid difficulties as a result of the Tax Filing Simplification Act, which would also make it possible for many low-income families to obtain tax credits that would improve their well-being.

It is really encouraging to see that some of Oregon’s representatives in Congress are actively working to enact this common-sense legislation. The remaining members of the delegation ought to support this motion.