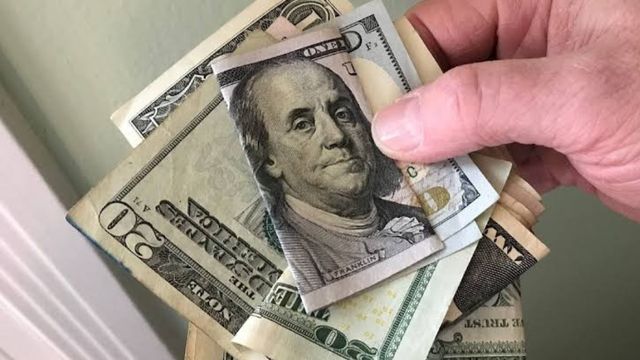 “Heated rhetoric” has been heard in response to the increased funding for IRS operations that were included in the Inflation Reduction Act, Public Law 117-169, which was signed into law on August 16.

However, the act has also prompted real concerns regarding how the funding will be used and what that means for the tax profession and taxpayers, according to a statement released by the American Institute of Certified Public Accountants (AICPA) President and CEO Barry Melancon, CPA, CGMA on Thursday.

Melancon stated that there had been various allegations of a militaristic Internal Revenue Service in recent weeks, all of which could be deceptive.

The Internal Revenue Service (IRS) indeed has a criminal investigation unit that investigates certain fraudulent tax violations such as money laundering, cybercrimes, and organised crime involving drugs and gangs; however, recent claims of 87,000 new armed IRS agents to aid in enforcement are not founded in fact.

According to Melancon, however, the allocations under the act between service and enforcement are not well balanced.

The act allocates around $46 billion, or the majority of its total new spending of approximately $80 billion, for increased tax administration and compliance.

Melancon stated that the AICPA has long advocated for adequate financial support for IRS taxpayer services and will continue to do so in the future. He noted that nothing in the act precludes the IRS from shifting money from one function to another.

“While we do understand why a revenue-maximizing amount for IRS enforcement funding was included in the Inflation Reduction Act, we must and will continue to push for appropriate funding for taxpayer services,” he said.

“While we do understand why a revenue-maximizing amount for IRS enforcement funding was included in the Inflation Reduction Act, it does not change the fact that we

Melancon also stated that the AICPA recognises and appreciates the Service’s recent efforts to provide taxpayer relief in light of the COVID-19 pandemic.

For example, the Service’s notice released on Wednesday waived failure-to-file penalties for a broad range of tax and information returns for the 2019 and 2020 tax years. Melancon said that the AICPA recognises and appreciates the Service’s recent efforts.

Even though it was meant to provide taxpayer relief, the Internal Revenue Service (IRS) stated that its decision was also in part intended to enable it to devote more of its attention to its backlogged returns and taxpayer correspondence.

According to Melancon, “However, there is still a great deal of work to be done to minimise backlogs and improve service.” as the fall tax filing season of 2022 draws closer, concerns relating to the pandemic may become even more severe.

According to him, other necessary and reasonable steps include pausing automated collections, maintaining a halt on automated notices, and maintaining “surge teams” within the Internal Revenue Service to alleviate backlogs.

According to Melancon, the American Institute of Certified Public Accountants is well-known “for its consistent dedication to good tax policy and competent tax administration.” The inflammatory rhetoric about a militarised Internal Revenue Service (IRS) is foolish and potentially dangerous for personnel of the IRS.

In addition, Melancon stated that such reckless proclamations had the potential to “distract from the fact that the Inflation Reduction Act got the budget balance wrong when it dedicated $45 billion to enforcement and only $3 billion to service.”

He demanded that the Internal Revenue Service provide a fast and open explanation of how it plans to spend the cash.

The notion that “the Internal Revenue Service is hiring 87,000 armed special agents to harass people” is “completely incorrect,” according to IRS Commissioner Charles Rettig, who made these comments earlier on Thursday in an editorial published on Yahoo Finance.

In addition, he disproved the notion that the funding would permit “a massive overnight expansion of the IRS,” pointing out that it would be distributed over ten years, and that new hiring would be offset by at least 50,000 retirements in “the next few years,” and that the current staffing baseline is low in comparison to historical standards.

In addition, he dismissed any notion that the money would result in an increase in the number of audits conducted on low- or middle-income individuals as well as small firms.

Rettig also stated in the editorial that the IRS will be able to provide “badly needed, meaningful service improvements” as a result of the funding.

These improvements include more timely responses to phone calls and the processing of information and tax returns. On the other hand, he did not clearly address the issue of how much money the act allocates for services and enforcement.