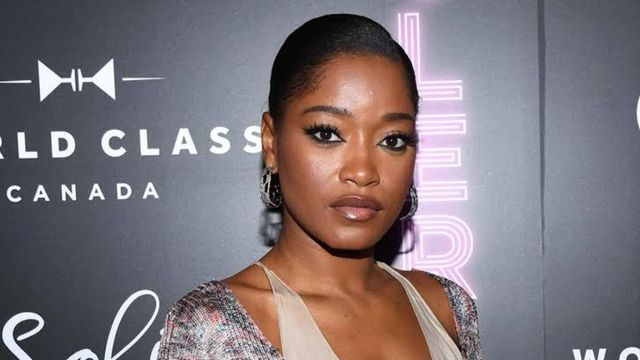 It is impossible to deny the star power that Keke Palmer possesses since she has demonstrated it everywhere from the little screen to the Broadway stage to the largest IMAX screens in the world.

The veteran of the industry has maintained a steady work schedule since the early age of 11, and her ability to keep booked and busy creating each year since then has earned her the reputation of being Miss “Keep a Bag” effortlessly.

As far as our community is concerned, Keke has always reigned supreme on-screen, even though the general public is just now beginning to acknowledge her importance.

Keke Palmer has played the role of “that girl” throughout her career, beginning when she was a child actor in films such as “Barbershop 2,” “Akeelah and the Bee,” and “True Jackson, V.P.” and continuing into her adult life as a talk show host on “GMA3” and a Hollywood heavy hitter in films such as “NOPE.”

Have a peek down below at the parts that made her a household name:

Keke Palmer, who was only 11 years old at the time, made her debut on the big screen for the first time in the follow-up comedy to the surprise smash hit Barbershop, in which she played the niece of Queen Latifah’s character.

Keke gave the impression of being the first Millennial girl CEO when she starred in her very own Nickelodeon show playing the role of a 15-year-old girl who was recruited from her lemonade stand to be the Vice President of the youth apparel section of a successful fashion firm.

Palmer’s first role as an adult was in the biopic of Rozonda “Chilli” Thomas, a member of one of the most famous girl groups of the 1990s. This was Palmer’s first acting role.

The actress took her career to the next level with the wide spectrum of emotions that she exhibited in the Vh1 movie.

On the Fox horror-comedy-mystery series, the young actress demonstrated her prowess in the horror genre by playing a character whose killer followed her and her pals around a college campus.

Keke added some spice to the screen in her role as Gigi Nixon on the critically acclaimed recording studio drama Star on Fox.

Keke brought her signature flavour to the story of exotic dancers capitalising off their inebriated Wall Street clientele during the early days of the national recession. Keke played the role of Mercedes, an exotic dancer who is also a con queen.

With her performance as the passionate Hollywood horse heir Emerald Haywood in Jordan Peele’s highly anticipated horror film, Keke cemented her standing as an A-list actress.