Despite following a mostly plant-based diet, Kim Kardashian has revealed some of her favourite “cheat meals.” 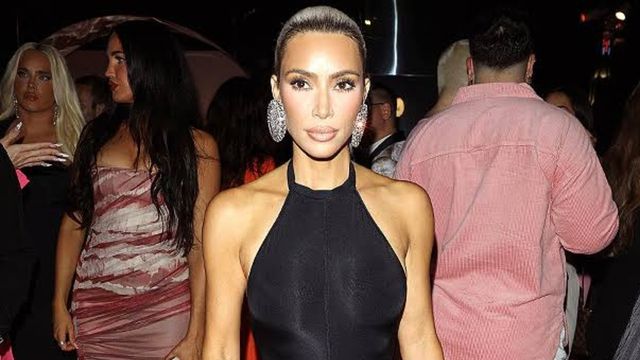 According to an interview that Kim Kardashian gave to her sister Kourtney Kardashian’s website POOSH, the 41-year-old reality television star has tried various plant-based diets over the course of her career. However, she says that during the coronavirus pandemic, she began to take a more serious interest in adopting a plant-based diet. During her interview on August 26 with the lifestyle and wellness website, she discussed the reasons why she finds success in adopting a plant-based diet and lifestyle, and she went so far as to describe the meals that she enjoys most when she decides to indulge in a “cheat meal” The mother of four children stated that her go-to dinner is plant-based tacos; however, when she has a want for something a little bit sinful, she goes for something doughy. “Pizza, without a doubt,” was what she remarked. “And when I’m craving something sweet, my go-to is always doughnuts,” she continued.

A mobile body fat and bone density testing company found that Kim lost approximately 7% of her body fat between May 2021 and August 2022. This revelation came just a few weeks before she started talking about her diet. She also disclosed that during the course of the year, she went through a weight loss of ten pounds.

The weight of the founder of SKKN became a topic of discussion in May after she revealed that she had lost 16 pounds in order to fit into Marilyn Monroe’s iconic “Happy Birthday, Mr. President” dress that she wore in 1982 at the 2022 Met Gala. This revelation sparked a lot of conversation about the founder’s weight. During the event that took place on May 2 at the Metropolitan Museum of Art in New York City, she spoke with Vogue and told them, “I didn’t starve myself, but I was extremely rigid.” Kim has received a lot of criticism for her recent weight loss, and many people have claimed that she is leading her fans and following in an unhealthy and unsatisfactory manner.

On the other hand, she promptly responded in kind. She stated to the New York Times, “I didn’t do anything that would be considered unhealthy.” To me, it seemed like, ‘Okay, Christian Bale can do it for a movie role, and that is acceptable,’ so I didn’t think twice about it. Even Renee Zellweger put on some extra pounds for her part in [Bridget Jones’s Diary]. It makes no difference to me in any way. She went on to add, “When I said ‘Hey everyone, why don’t you go lose weight in a short amount of time?’ I wasn’t suggesting that.”