Most Anticipated Films for the Rest of 2022 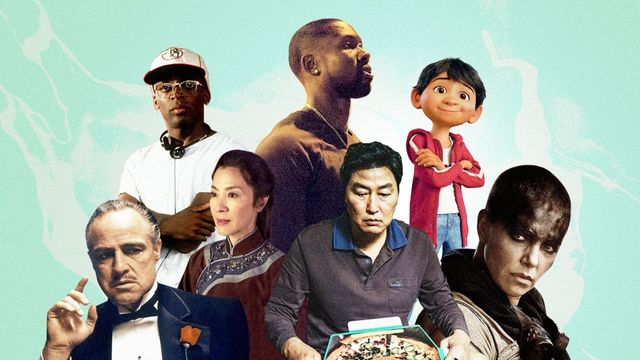 As movie studios attempt to move past their summer release schedule and start concentrating their attention on the impending fall and holiday seasons, this also signals a period of transition for the film business.

Numerous critically praised movies have already been released this year, but the second half of 2022 still has a lot of big-name projects in store.

The most anticipated movies for the remaining months of 2022 are listed below.

The Movie “The Woman King” Will Be Released on September 16th

The Woman King, starring Viola Davis, Thuso Mbedu, Lashana Lynch, and John Boeyga, tells the story of the Agojie, a warrior clan commanded by women who defended the nineteenth-century African kingdom of Dahomey.

The movie, which is being directed by Gian Prince-Bythewood, will follow the lives of the Agojie as they struggle to defend their homeland against outside invaders. The Toronto International Film Festival will host The Woman King’s international debut.

Don’t Worry Darling is a psychological suspense film directed by Olivia Wilde that centres on Alice (Florence Pugh) and Jack (Harry Styles), a 1950s couple who appear to be happy and lead idealistic lives in a California neighbourhood.

But as Alice starts to wonder about the genuine nature of her husband’s employment, things start to go south. One of the most eagerly awaited movies of the year, despite some production setbacks.

Blonde, which stars Ana de Armas as Marilyn Monroe, chronicles the tale of the tormented sex symbol’s brief life by delving behind the scenes to reveal the terrible truth hidden behind Monroe’s persona.

The Andrew Dominik-directed movie, which received an NC-17 certification, is the only movie coming out in 2022 and has gained attention for its explicit sexual content. It will also mark the debut of an NC-17 movie on a significant streaming service.

The Movie “Amsterdam” Will Be Released on October 7th

On October 14, “Halloween Ends” Will Be Available in Theaters and Online at Peacock

In October, Jamie Lee Curtis will face Michael Myers one last time while attempting to put an end to the serial killer she first encountered in the 1978 version of the film Halloween Ends.

As the third and final instalment of the Halloween reboot trilogy that debuted in 2018, the movie is being marketed as such. Director David Gordon Green, who also oversaw the first two movies in the series, also works with Andi Matichak and James Jude Courtney on Halloween Ends.

The Movie “Black Adam” Will Be Released on October 21

In the upcoming film Black Adam, played by Dwayne “The Rock” Johnson, the most potent anti-hero from DC Comics will make his screen debut.

Black Adam will return to Earth after spending 5,000 years in captivity, where he will have to figure out how to unleash more of his inner hero.

On Nov. 11, ‘Black Panther: Wakanda Forever’ Will Be Released in Theaters

Black Panther: Wakanda Forever was one of the most eagerly awaited Marvel movies in recent memory, but after the sudden passing of star Chadwick Boseman in 2020, the project was abruptly forced to change course.

The sequel to Ryan Coogler’s Black Panther from 2018 won’t recast his role, and after his passing, the spotlight will be on Wakanda as a country. Lupita Nyong’o, Danai Gurira, Winston Duke, and Angela Bassett will all appear in the movie alongside Letitia Wright.

The Movie “The Menu” Will Be Released on November 18

Anya Taylor-Joy and Nicholas Hoult play a young couple travelling to a distant island with a tour group to dine at an upscale restaurant run by a celebrity chef in Mark Mylod’s directorial debut, “The Menu,” which is based on the Succession actor’s screenplay (Ralph Fiennes).

However, it quickly becomes clear to the group that the chef might be keeping something very terrible a secret. At the upcoming Toronto International Film Festival, the movie will have its world premiere.

Coming to Theaters on December 16 is “Avatar: The Way of Water”

The highly anticipated Avatar sequel will finally be released to the public after thirteen years and multiple delays. Sam Worthington, Zoe Saldana, and Stephen Lang will reprise their roles from the original Avatar movie, while Sigourney Weaver will play a new role.

The story of the Navi will pick up ten years after the events of the first movie. In the years following the release of this movie, Cameron intends to make three more sequels.

On December 23, Netflix Will Begin Streaming “Glass Onion: a Knives Out Mystery”

The sequel to his whodunnit, Glass Onion: A Knives Out Mystery, is directed by Rian Johnson following the success of Knives Out.

The sequel’s ensemble cast includes Edward Norton, Janelle Monáe, Kathryn Hahn, Leslie Odom Jr., Kate Hudson, Ethan Hawke, and others, but Daniel Craig is the only actor to return from the original movie in the sequel. It will also have the distinction of wrapping up the BFI London Film Festival.