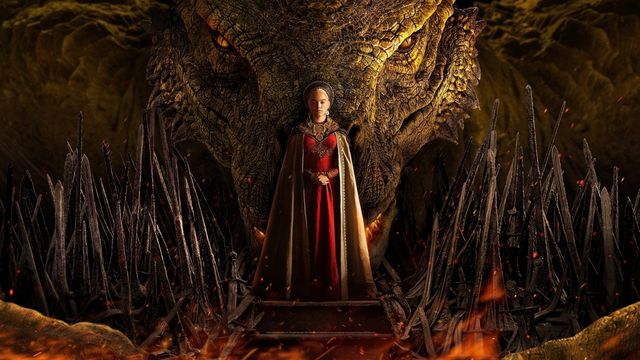 House of the Dragon, much like its predecessor, provides a detailed account of the political manoeuvring and plotting that goes into claiming (and maintaining) a seat on the Iron Throne.

With the focus of the Game of Thrones prequel being fully on House Targaryen, the series has had its eye on King Viserys (Paddy Considine) and his battles to keep everyone content, including his dangerous brother, Prince Daemon (Matt Smith), and his legitimate heir, Princess Rhaenyra (Milly Alcock).

Prince Craghas “Crabfeeder” Dahar, also known as “The Rogue Prince,” is presented to viewers for the first time in Episode 2 of House of the Dragon, titled “The Rogue Prince.” This new threat to Westeros originates from outside the walls of the castle (Daniel Scott-Smith).

Is this latest bad guy going to stick around for a while to continue to bother Westeros? Is he the Night King incarnate, as seen through the eyes of the House of the Dragon?

Others, however, recognize the Crabfeeder for the danger that he presents, even though the King does not believe the Crabfeeder is worth his attention. But who exactly is this shadowy figure, and what part will they have to play in House of the Dragon?

In the pilot episode of “House of the Dragon,” Lord Corlys Velaryon, played by Steve Toussaint, is the one who initially presents the Crabfeeder to the audience. Corlys, the commander of the most powerful navy in Westeros, explains the danger posed by the Triarchy, which is a coalition of free cities that have joined forces to eliminate a band of pirates who have been endangering Stepstones (a small group of islands).

The King and the other members of the council see this as a positive development because, let’s face it, who wouldn’t want to rid themselves of a bunch of scofflaw pirates?

Corlys, on the other hand, sees things for what they really are, which is that the coming together of autonomous states presents a serious dilemma for everyone in King’s Landing.

In addition, Lord Corlys, also known as the “Sea Snake,” has suffered losses of ships and soldiers at the hands of Triarchy and the shadowy creature known as the Crabfeeder. These defeats were inflicted upon Lord Corlys by both of these entities.

The origin of Drahar’s name is shown at the beginning of the second episode, which depicts a guy being slowly consumed by several small crabs. He does not consider destroying the pirates to be an easy enough task; instead, he would prefer to crucify them on the beach and watch as the rising tide and mountains of crabs torment his victims until they die.

While fans are still waiting to find out more about this ominous character, the most significant insight that we have into him comes from Lord Corlys, who stands to lose the most as a result of this menace.

The Stepstones are a massively important commerce route for many people in Westeros, particularly the Velaryon family, whose riches and military strength are being directly affected by the raids. The Stepstones may be found in the Southern Sea’s narrowest part and are situated there.

In the book “Fire and Blood” by George R.R. Martin, the character Craghas Drahar was a Myrish prince admiral (Myr being one of the three free states that make up the Triarchy). Before the events of the television series, the Triarchy had already won the battle against the city of Volantis and was making their way to the Stepstones with the assistance of the prince from Myr.

Once all of the pirates were vanquished, Drahar turned his attention to becoming a pirate himself. He boarded several ships, including Lord Corlys’, and stole, looted, and even fed the sailors on those ships to the crabs. His singular appearance is one of the characteristics that set him apart from other nefarious characters.

He wears a mask that conceals his face and mimics the infamous Leatherface from the Texas Chainsaw Massacre film series. It appears that he is suffering from some kind of skin condition (maybe greyscale?).

After Episode 2, Lord Corlys and Prince Daemon appeared to have formed an alliance with one another, and this partnership has the potential to be the factor that brings down the Crabfeeder and the Triarchy.

However, King Viserys could find himself in a spot of bother as a result of this arrangement because he has earned the resentment of all of the parties concerned.