Finally, a Date for the a Christmas Story Sequel Has Been Announced 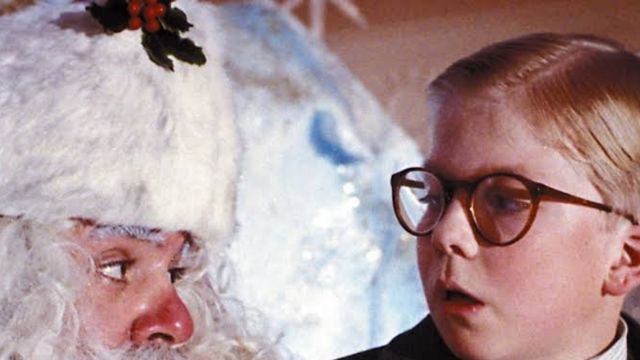 This time around, Ralphie is “all grown up” and “must deal with Christmas and all that comes with it, this time as a dad.” According to Variety, the new movie will take place in the 1970s, and it will follow an adult version of Ralphie as he brings his family to the house where he spent his childhood holidays.

“Ralphie reconnects with childhood friends, reconciles the passing of his Old Man, and sows the seeds for the origins of the beloved holiday classic,” the logline for the film reads. “With the same attention to real-life tone as the first.”

In addition, other members of the original cast will be returning to their roles. These include Ian Petrella, who played Ralphie’s younger brother Randy, RD Robb, who played Schwartz, Scott Schwartz, who played Flick, and Zack Ward, who played Scut Farkus, who is now credited as Officer Scut Farkus on IMDb. However, only time will tell if Flick will be given a triple dog dare to kiss the pole yet another time.

Clay Kaytis, who was responsible for directing The Angry Birds Movie, will also be directing the sequel, and Vince Vaughn and Billingsly will be producing the film together. Ralphie’s wife, who will be played by Erinn Hayes, and their daughters and son will be played by Julianna Layne and River Drosche, respectively.

The first version of A Christmas Story was released in 1983 and was a commercial failure, but it has since gone on to become a cult classic and a much-loved Christmas movie. Ralphie (Billingsley), a little boy growing up in the 1940s who is obsessed with acquiring a Red Ryder BB rifle, is the protagonist of this film.

If he were to receive the gift, however, everyone from his mother to Santa at the local mall would warn him that he would end up shooting himself in the eye.

Another example of a sequel that did not live up to expectations is The Karate Kid, which was published in 1988. The events of the movie It Runs in the Family are not addressed in the sequel A Christmas Story 2, which was released on home video in 2012 but does not involve any of the original cast members. Additionally, the sequel does not feature any of the original characters from the first film.

This is because the events in the movie It Runs in the Family took place after the events of the sequel, which was released after those events. The film is a continuation of the previous film; however, none of the actors or actresses from the previous film makes an appearance in this film.