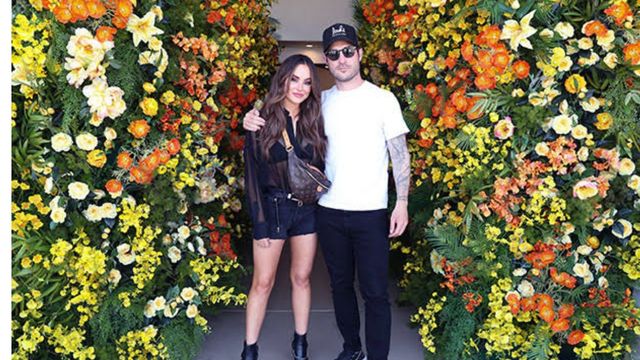 When Amanda Stanton said “I do” to Michael Fogel, she appeared to be walking straight out of a fairytale.

As can be seen in the photos presented here, the former contestant on “The Bachelor” tied the knot with her dashing beau in Santa Ynez, California, on September 2, 2022.

The radiant bride wore a breathtaking lace gown by Monique Lhuillier for her big day.

As Amanda and Michael made their way down the aisle, they were serenaded by Taylor Swift’s “Wildest Dreams.”

Amanda held a bouquet of white roses, and Michael looked dapper in his tux.

According to PEOPLE, former contestants on The Bachelorette like Lauren Bushnell Lane, Emily Ferguson, Andi Dorfman, and Raven and Adam Gottschalk were present at the private wedding.

Amanda, whose career on Bachelor Nation began in 2016, hosted a question and answer session on her Instagram Live account a few weeks before the incredible ceremony to talk about how she was planning her wedding.

The esthetician divulged information regarding the beauty appointments that her client had scheduled in preparation for their wedding, such as “teeth whitening, facial, hair appointment, spray tan, and eyebrow wax.”

She also let the cat out of the bag on the activities that she will not be engaging in prior to the big day.

On the social media site, Amanda shared with her audience that she would not be going on a diet in preparation for the wedding.

“Throughout my entire life, I have never been able to stick to a diet or complete a cleanse.

It is also summer, and Michael and I have a tradition that every afternoon consists of cooking outside and drinking wine.

That was something I just couldn’t take away from us!

At the time, she chose to keep the specifics of the wedding dress a secret; however, she did discuss the controversy around her shoes.

She jokingly informed the audience, “I don’t have wedding shoes yet!”

“I always assumed that I would wear Manolo’s or the white Dior pumps because I just see myself being impervious to shoe discomfort on my wedding day,” the bride said, “but I’ve heard that that’s not the case, and comfort is crucial!”

During the Instagram Live broadcast, she also divulged another juicy piece of gossip, which was the 411 on the couple’s desire to begin their own family of their own.

Fans are aware that Amanda and her ex-husband, Nick Buonfiglio, are already the proud parents of two girls named Kinsley and Charlie.

“Yes! “I have always said that if I had a son, I would want him to be just like Michael,” she said.

Amanda informed everyone in December 2021 that Michael had proposed to her after the couple had been dating for a year.

In the photo that Amanda posted to Instagram, she and Michael are shown embracing one another in front of a Christmas tree.

Amanda’s arms are draped around Michael’s neck. She only captioned it with the word “Yes!!!” and an emoji of a diamond ring. Congrats!!!