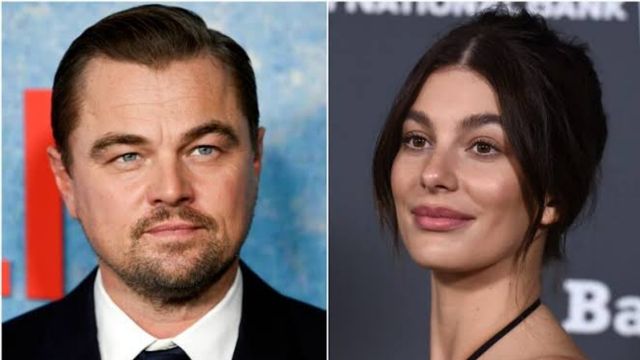 After hearing about the problems that Rambo star Sylvester Stallone was having with his wife Jennifer Flavin, one of Hollywood’s hottest actors, Leonardo Di Caprio, also announced that he was moving away from partner Camila Marrone.

Di Caprio is one of the most successful actors in Hollywood.

This comes at a time when a number of other celebrities, including Kanye West, Kendall Jenner, and Michael Jordan, are working through the aftermath of the termination of their respective relationships.

As a result of a spate of extremely publicised divorces that have taken place over the course of the previous few months, the “breakup” season in Hollywood has officially arrived.

Take a look at a few of the famous people who have lately broken off their engagements, marriages, or other long-term partnerships.

After a period of four years, Leonardo DiCaprio, who is well known for his role in the film “Titanic,” decided to end his relationship with Camila Marrone.

At the 2020 Academy Awards, Leonardo DiCaprio and Elena Morrone, who had been discreet about their relationship up until that point, made their first appearance in public together. According to the various sources, the exes first began dating in the year 2017.

In an interview that took place in December 2019 with the Los Angeles Times, Morrone revealed that she does not worry about the age gap that exists between the couple.

After 25 years of marriage, Sylvester Stallone’s wife has made the decision to end her relationship with the actor.

Sylvester Stallone is a Hollywood star who became famous all over the world thanks to the ‘Rambo’ series of movies.

According to various reports, Flavin has presented a petition to a court in Palm Beach County, Florida, seeking “dissolution of marriage and other relief” from the actor, who is 76 years old.

Although they didn’t start dating until 1988, when they were both dining at a restaurant in Beverly Hills, California, Sylvester Stallone and Linda Flavin got married in 1997.

The announcement of the couple’s decision to divorce comes just three months after they celebrated the 25th anniversary of their wedding.

James Hetfield, lead singer for the band Metallica and an American musician, and his wife Francesca Hetfield have decided to end their marriage.

The rocker had previously filed for divorce in secret. In the beginning of this year, James filed for a divorce from his wife in the state of Colorado, and the dissolution of their marriage simply went unnoticed by the general public.

After a courtship lasting for a total of ten years, the couple finally wed in 1997.

It has been claimed that the considerate exes remain in contact with one another for the sake of their children.

In June of 2022, reality TV star Kendall Jenner and basketball player Devin Booker broke off their relationship that had lasted for two years.

The couple turned to Instagram in 2021 to announce their relationship to the world by posting photographs of themselves celebrating Valentine’s Day with one another.

On the 12th of June, 2021, Kendall marked the occasion of their first year anniversary by posting a couple images to her Instagram Story that featured plenty of public displays of affection (PDA).

Michael B. Jordan and Lori Harvey come in at number five.

Michael B. Jordan, a professional basketball player for an international team, and Lori Harvey, an American model, decided to end their relationship after dating for more than a year.

Reports indicate that Michael and Lori began dating in November 2020, and in January 2021, they made their relationship public knowledge by posting about it on Instagram.

The breakup of Kanye West, an American rapper, and Kim Kardashian, a model, is considered to be one of the most acrimonious breakups in the history of the Hollywood business.

After nearly seven years of marriage and filing for divorce in February, Kim filed for divorce from the rapper known as Donda.

In 2012, the couple first started dating, and two years later, they wed.

In February of 2021, after being married for a total of six years, the pair initiated the divorce process.

The fans of these famous celebrity couples are in disbelief after hearing the news that they had broken up. (ANI)