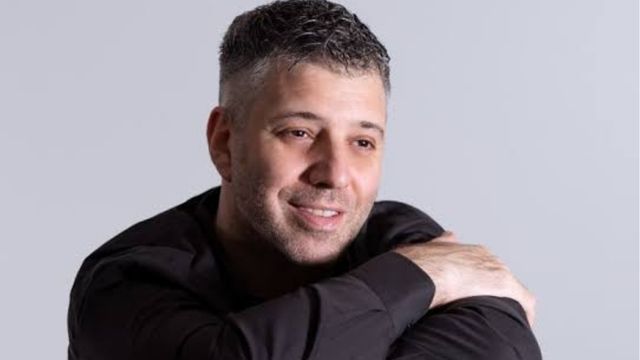 Evgeny Afineevsky, who was nominated for an Academy Award for directing, has a war documentary called “Freedom On Fire: Ukraine’s Fight For Freedom” that will make its world premiere at the Venice Film Festival the following week.

This war documentary directed by Evgeny Afineevsky can be considered a sequel to the film Winter of Fire, which was nominated for an Academy Award.

The documentary explores the challenging lives of a variety of Ukrainians throughout the year 2014 when there was civic instability in Ukraine.

Plot summary for the documentary “Freedom on Fire: Ukraine’s Fight for Freedom.”

Another outstanding piece of work by Afineevsky, “Freedom On Fire: Ukraine’s Fight For Freedom” chronicles the individual experiences of everyday citizens, including mothers, children, the elderly, physicians, soldiers, journalists, religious leaders, and even overseas volunteers.

The voices of millions of people whose lives were turned upside down as a result of the conflict’s eight drawn-out years are heard throughout the documentary.

Production details and credit listings for “Freedom On Fire: Ukraine’s Fight For Freedom”.

Evgeny Afineevsky is the director.

Production: production of the Winter on Fire film.

Date of release for the book “Freedom on Fire: Ukraine’s Fight for Freedom”

At the upcoming edition of the Venice Film Festival in 2022, the riveting war documentary “Freedom on Fire: Ukraine’s Fight for Freedom” will make its world premiere out of the competition on September 7th of that year.

The Venice Film Festival will take place in 2022.

The 79th Venice International Film Festival is currently being directed by Alberto Barbera and is being organised by the La Biennale di Venezia. The event will begin on the 31st of August 2022 and continue until the 10th of September 2022 at Venice Lido.

This festival, which has been given official recognition by the International Federation of Film Producers Association, has the goal of increasing knowledge of and participation in the international film as an essential component of open discussion and artistic liberty.

Evgeny Mikhailovich Afineevsky, better known simply as Evgeny Afineevsky, is a film director, producer, and cinematographer who was born in Israel and now lives in the United States.

In the year 2016, Afineevsky’s legendary documentary “Winter on Fire: Ukraine’s Fight for Freedom” was recognised with nominations for both the Academy Award and the Emmy Award. On September 7th, 2022, during the Venice Film Festival, the director of the gripping documentary titled “Freedom On Fire: Ukraine’s Fight For Freedom” will make the world debut of a riveting sequel to the film or a companion piece to the film.

When asked about his documentary, Afineevsky offers his thoughts as follows: “You understand that history is happening, and you need to document it for future generations.” People in today’s world are notorious for their tendency to rewrite history. And I wished to record this history just as it took place.”

Afineevsky stated in a recent interview, “I wanted to understand how Putin’s aggressive agenda remained unnoticed by the rest of the world for so long,” Afineevsky’s comments were taken from the interview.

He continued by asking, “Where did the people of Ukraine obtain this strength, and what comes next? We made an effort to address all of these concerns and provide the most in-depth perspective possible, as seen through the eyes of those on the ground.

In addition to this, he stated, “It is essential that we do not ignore the reality that the battle is ongoing. It is imperative that we, as filmmakers coming from Hollywood, make use of our abilities to shine a light on these narratives at a time when people all over the world are seeing less of them on their television screens.

The latest documentary about the conflict in Ukraine is not merely a collection of testimonies from those who have lived through the conflict; rather, it focuses on the circumstances that led to the choices that Russian President Vladimir Putin made. According to Afineevsky, the next movie will provide “an opportunity to capture the next chapter of [Ukraine’s] war for freedom.”