Find Out Which Friends Actor is Most Popular 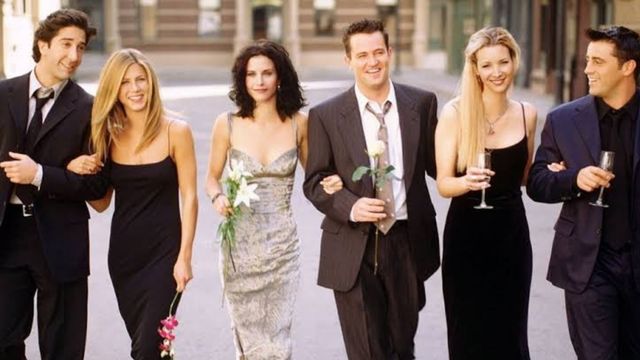 Friends is without a doubt one of the most well-known sitcoms that have ever been broadcast. The show ran for ten seasons, from 1994 to 2004, and made its lead cast into household names.

These actors and actresses now have a fan base that spans the globe. Leading roles on the show were played by Jennifer Aniston, Courteney Cox, Matthew Perry, Lisa Kudrow, Matt LeBlanc, and David Schwimmer.

The plot of the show centred on six friends who lived in New York City. One show that has successfully bridged the gap between different generations over the years is Friends.

The television sitcom Friends has attained such a high level of popularity that viewers of the show have been known to choose a favourite character out of the six available options, and lines from the show have even made their way into common speech all around the world. For many people, the show Friends is the one that breaks the ice and creates a common ground on which two total strangers can connect or bond.

Because of the enormous success that the show had, it appears to be hard to determine who of the actors featured in the series became the most well-known.

If you search the question “Which Friends actor is the most popular?” on Google, you will find that Jennifer Aniston is at the very top of the list of most searched-for celebrities. The show starred the actress in the role of Rachel Green, which she played on the show.

Aniston gave an outstanding performance as the fan-favourite character, earning her an Emmy Award in the process for her work in the role.

Jennifer was honoured with multiple accolades for the same role in 2002, including the Primetime Emmy Award for Outstanding Lead Actress in a Comedy Series and the Golden Globe Award for Best Actress in a Television Series Musical or Comedy. Both of these awards were won by Jennifer.

Lisa Kudrow, who is best known for her role as Phoebe Buffay on Friends, is the second celebrity to be featured on the list.

Fans have consistently praised Kudrow for her performance as Phoebe, which is widely regarded as the funniest character on the show thanks to Kudrow’s portrayal of the role.

Even though Lisa was already a well-established performer before the first episode of Friends aired, she was able to become an even more important character after the conclusion of the series.

Before the first season of Friends aired, Lisa already had a solid reputation as a performer in the field of comedy, and before the show’s debut, she was considered a well-established figure.

After the name of Kudrow appears on the list of discoveries made by the search, the names of the other primary cast members are listed in the order in which they were discovered, beginning with David Schwimmer and moving on to Matthew Perry, Courteney Cox, and finally Matt LeBlanc. The list concludes with Kudrow as the final entry.