Logan Paul Net Worth: How Did He Get So Rich? 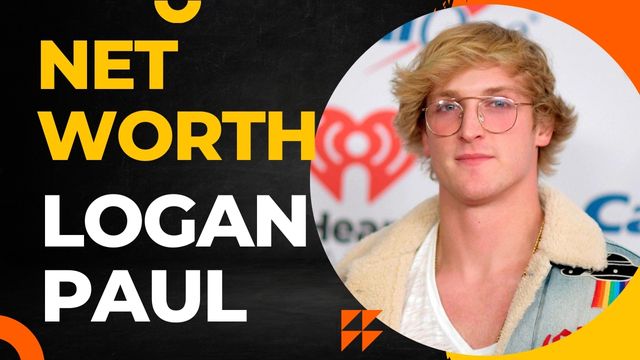 Logan Alexander Paul (born April 1, 1995) is a YouTuber and social media star in America. He is now under contract with WWE and performs as a professional wrestler for their Raw brand. In addition to publishing on his own YouTube channel, he has hosted the podcast Impaulsive since November 2018, and as of January 2022, he has more than 23 million YouTube followers. Let’s know more about Logan Paul net worth.

Paul and his younger brother Jake, who is also a YouTuber and internet sensation, grew up in Ohio. At the age of 10, Paul began producing internet videos for the YouTube channel Zoosh. He attended Westlake High School, where he was recognized as an All-Star linebacker by The Plain Dealer in 2012 and qualified for the Ohio High School Athletic Association Division I Individual Championships in 2013.

On December 31, 2017, Paul posted a video to his YouTube account that he shot in Aokigahara, Japan, near the base of Mount Fuji. This location is generally known as the suicide forest since it is a popular site for people to commit suicide.

A dead body was hanging from a tree in Paul’s video. Within 24 hours of being posted, the video got 6.3 million views. Several online petitions were started requesting that YouTube remove Paul’s channel. On January 1, 2018, Paul pulled the video from his YouTube channel and offered a formal apology through Twitter.

YouTube published a statement(On January 9) denouncing Paul’s video via their Twitter account. On January 10, YouTube stated that Paul’s channels will be removed from its preferred ad program, Google Preferred. Paul was also sacked from the YouTube Red series “Foursome,” and in response, he contributed $1 million to suicide prevention organizations.

What Is The Net Worth Of Logan Paul?

Logan Paul is a YouTuber, boxer, internet celebrity, and actor from America. The net worth of Logan Paul is $45 million, as per Celebrity Net Worth. At the time of writing, Logan Paul’s YouTube channel had over 23.6 million subscribers. He has been one of the highest-paid YouTubers on the globe at various times.

Outside of YouTube, he has a highly profitable apparel firm called Maverick Apparel. In its first nine months of existence, Maverick produced revenues in excess of $40 million. Since November of 2018, he has presented the podcast Impaulsive.

In recent years, Logan and his brother Jake have made the transition to the world of professional boxing. Logan Paul has made over $120 million in the last three years through YouTube advertising income and sponsored postings. Logan Paul will have made more than $17 million dollars via YouTube by 2021. Similarly, he has earned up to $15 million dollars in 2020.

On September 4, 2019, it was announced that Paul will make his professional boxing debut against KSI in a rematch that would be exclusively aired on DAZN in the United States.  The fight was set to take place at the Staples Center on November 9.

At the press conference for the rematch in the United Kingdom, Paul once again sparked controversy when he accused KSI of having five abortions, followed by the comment, “Five babies dead. I might return the favor and kill you”.

Anti-abortion groups flocked to his support while abortion rights advocates criticized him for his “horrifying” remark. Paul’s response was, “I said something distasteful and insensitive.” The rematch, consisting of six three-minute rounds, concluded in a split decision victory for KSI, with two judges scoring the fight 57–54 and 56–55 for KSI and one judge rating it 56–55 for Paul.

Paul made his WWE debut on April 2, 2021, episode of WWE SmackDown as a guest of Sami Zayn for the red carpet premiere of his documentary, with Zayn subsequently inviting Paul to attend at ringside for his bout at WrestleMania 37 against Kevin Owens.

After Owens beat Zayn, Paul rejoiced with Owens before being slapped with the Stunner by Owens. Paul returned to WWE on the September 3 edition of SmackDown as Happy Corbin’s special guest on The KO Show, when he assisted Corbin in attacking Kevin Owens.

On February 21, 2022, edition of WWE Raw, it was revealed that Paul will be The Miz’s tag team partner to face Rey Mysterio and Dominik Mysterio at WrestleMania 38. Paul and Miz defeated the Mysterios at the event; nevertheless, Miz assaulted Paul after the match. Paul agreed to a multi-event deal with WWE on June 30, 2022.

How Did Logan Paul Get So Rich?

Who is Richer Jake or Logan Paul?

Logan Paul’s purported net worth is believed to be over $35 million, according to Celebrity Net Worth, while Jake Paul’s net worth is allegedly at $20 million.

Logan Paul revealed a daring Instagram DM he wrote to Queen’s Gambit actor Anya Taylor-Joy in a funny portion of his IMPAULSIVE podcast.