Harrison Ford Net Worth: Do You Know He Has A Great Collection Of Planes? 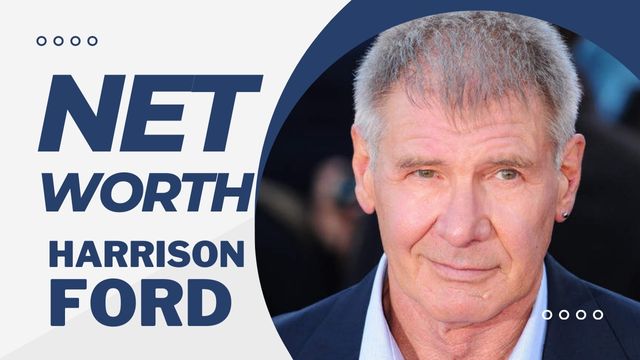 Action movies are often full of startling plot twists and fantastic stars like Harrison Ford. Harrison Ford (born July 13, 1942) is an actor from the United States. His films have made more than $5.4 billion in North America and more than $9.3 billion globally, ranking him sixth among North American actors. The Star Wars alum has demonstrated that his talents are absolutely unique, and he has a large net worth to prove it. In this article, you can check the personal & professional life and net worth of Harrison Ford.

Harrison Ford was born on July 13, 1942, at the Swedish Covenant Hospital in Chicago, Illinois, to former radio actress Dorothy and advertising executive and former actor John William “Christopher” Ford. Terence, his younger brother, was born in 1945.

When asked what religion he and his brother were reared in, Ford answered humorously “Democrat” and more seriously that they were raised to be “liberals of every hue.”   When questioned about the impact of his Jewish and Irish Catholic ancestors on him, he remarked, “As a guy, I’ve always felt Irish, as an actor, I’ve always felt Jewish”.

Ford was a Boy Scout with the highest rank of Life Scout. He worked as a counselor for the Reptile Study merit badge at Napowan Adventure Base Scout Camp. As a result, he and filmmaker Steven Spielberg chose to portray Indiana Jones as a Life Scout in Indiana Jones and the Last Crusade (1989).

Ford graduated from Maine East High School in Park Ridge, Illinois, in 1960. He was the first student voice to be aired on his high school’s new radio station, WMTH, and he was the station’s first sportscaster during his senior year.

He studied philosophy at Ripon College in Ripon, Wisconsin, and was a member of the Sigma Nu fraternity. Ford, a self-described “late bloomer,” attended a theatre class in the fourth quarter of his senior year to overcome his shyness and fell in love with acting.

What Is The Net Worth Of Harrison Ford?

According to Celebrity Net Worth, Harrison Ford is a $300 million dollar net worth American actor, aviator, pilot, and producer. Harrison Ford catapulted to international prominence as Han Solo in the original Star Wars trilogy. His star rose even further when he was cast as the titular character in the Indiana Jones film series.

Ford is also noted for his dramatic and acting performances in films such as Witness, Blade Runner, Clear and Present Danger, The Fugitive, Patriot Games, and many more. Three of Ford’s films are among the top five box-office successes of all time.

Ford was dissatisfied with his lack of success as an actor in his early career, so he became a carpenter to supplement his income. In 1973, he had his first significant film role in American Graffiti, directed by George Lucas.

Ford reunited with Lucas in 1977 in quest of fame, and he eventually landed the part of Han Solo in Star Wars. His performance helped him improve his fame, and he may appear in the film’s two sequels. Around this period, Harrison Ford played another renowned cinema role in Steven Spielberg’s Indiana Jones: Raiders of the Lost Ark.

It inspired multiple sequels, and following his popularity in the Indiana Jones films, he starred in Ridley Scott’s Blade Runner (1982). Ford rose to prominence as a film star, and he cemented his image as a serious actor with many big performances in the 1980s.

He has won several prizes, including an Academy Award for his performance in Witness in 1985 and a part in Star Wars. In the early 2000s, he starred in the newest Indiana Jones sequel, which debuted at the top of the box office and made $786 million worldwide in its opening weekend. Ford will play Indiana Jones 5 in the planned sequel, which will be released in theatres in 2020.

Ford has three marriages, four biological children, and one adoptive kid. From 1964 until their divorce in 1979, he was married to Mary Marquardt. They have two sons, Benjamin (a chef and restaurateur) and Willard (born 1969). Benjamin is a co-owner of Ford’s Filling Station, a gastropub with outlets at L.A. Live and Terminal 5 at Los Angeles International Airport.

Willard owns the Strong Sports Gym, as well as the Kim Sing Theater and the Ludwig Clothing firm. Ford’s second marriage was to screenwriter Melissa Mathison, which lasted from March 1983 until their divorce in 2004. Malcolm (an actor & singer) was born in 1987, and Georgia, an actress, was born in 1990.

Mathison passed away in 2015. Ford started dating actress Calista Flockhart after meeting at the 2002 Golden Globes. They are the parents of Liam (born in 2001), her adoptive son prior to meeting Ford. In 2009, he proposed to Flockhart during Valentine’s Day weekend. On June 15, 2010, they married in Santa Fe, New Mexico, where Ford was filming Cowboys & Aliens.

In 2012, he sold the gated 3/4-acre home for $8.2 million. Harrison and Calista invested $12.6 million on a separate Brentwood property in 2011, which has been their primary residence in Los Angeles since then. According to property records, he still owns at least three more residences in Los Angeles.

These somewhat less expensive residences are either investments or family members’ homes. Harrison paid $5.3 million for a Flatiron District penthouse in 2001, which he advertised for $16 million in 2010 but ultimately removed from the market.

The penthouse is 5,500 square feet and has four bedrooms and 4.5 bathrooms. The penthouse has an elevator, 11 rooms, a modern kitchen, a security system, a gym, an office, and a library. The flooring is composed of anigre wood and poured concrete, and they are all heated by radiant heat.

A 2,300-square-foot private rooftop patio with a wet bar and views of Manhattan and the Hudson River is located at the top of the penthouse. He has an 800-acre ranch along the Snake River in Jackson, Wyoming.

Do You Know Harrison Have A Great Collection Of Planes?

Harrison is a well-known aviation enthusiast and pilot.  Harrison has up to ten planes and a chopper. His most remarkable aircraft is a 2009 Cessna 680 that cost $18 million new. Harrison houses his jet and helicopter collection at Santa Monica Airport, which is just a 10-minute drive from his home in Brentwood.

He can take an Uber to the airport, board his jet, and fly himself to Wyoming in about 20 minutes. And he’s been known to do it fairly often! He makes his aircraft available for fire and other emergency rescues in Wyoming. Harrison responded to the call of a stranded hiker who had fainted from exhaustion in 2000.

Harrison Ford was born on July 13, 1942, to Dorothy and John William “Christopher” Ford. Harrison Ford has a net worth of $300 million as an American actor, aviator, pilot, and producer. In the original Star Wars trilogy, Harrison Ford rose to international stardom as Han Solo. His popularity went even further when he was cast as Indiana Jones in the Indiana Jones film series.

If you have any queries related to Harrison, then tell us in the comment section. Also, if you want to know the net worth of any celebrity, suggest the name to us.