Queen Sugar Season 7: Where Exactly Do They Film Queen Sugar? 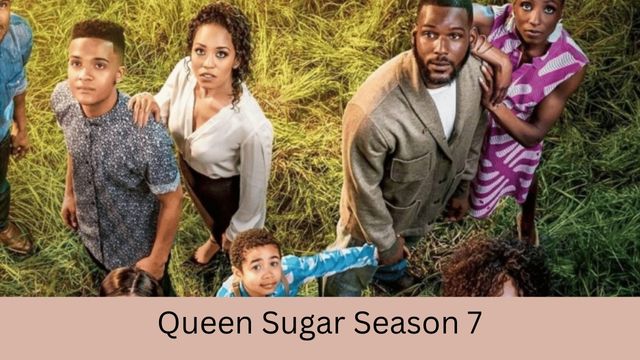 The wait is almost over for the arrival of the seventh and final season of Queen Sugar, which will also mark the conclusion of the television series.

The family drama series Queen Sugar is adapted from Natalie Baszile’s first published novel of the same name, which serves as the show’s inspiration. The life stories of the three Bordelon children are the subject of this Ava DuVernay-created series.

Following the unexpected death of their father, the Bordelon children find themselves in a variety of precarious circumstances. The problems that are depicted in the series range from racial profiling and chattel slavery to a biased criminal justice system and a variety of other problems that are associated with the experiences of African Americans.

On September 6, 2016, the first season of Queen Sugar was made available online, and the show is currently in the process of wrapping up its seventh and final season. Continue reading if you want to learn more.

The seventh season of Queen Sugar premieres on OWN at 8 o’clock on the evening of Tuesday, September 6, 2022. The upcoming season will consist of thirteen individual episodes.

Ava DuVernay’s ARRAY Filmworks and Harpo Films, in collaboration with Warner Bros. Television, are the production companies responsible for Queen Sugar’s production for OWN. Ava DuVernay, Oprah Winfrey, Paul Garnes, and Shaz Bennett are the producers of this project in an executive capacity.

In light of the way that the previous season of Queen Sugar was wrapped up, the storyline that has been proposed for the upcoming seventh season may include some exciting developments regarding the newly formed couple, namely Nova and Dominic.

As the sixth season gave viewers an intensely tense buildup to something happening between the two, and as a result, the two did end up getting together at the end of that season, their future in the seventh season is something that can be counted on.

Additionally, Ralph Angel and Darla Bordelon have just welcomed a baby girl into the world, making her the newest member of the Bordelon family.

It is anticipated that the new soul will introduce an intriguing new dynamic into the lives of the parents, which is especially important in light of the difficult financial circumstances that they are currently experiencing.

Given that the farm has been preserved as a historical site, there is a significant mystery that must be answered in the seventh season concerning Ralph Angel’s future, particularly in regard to his professional life.

The official teaser for Queen Sugar has finally been released. You can learn more about it by selecting the appropriate tab below:

Where Exactly Do They Film Queen Sugar?

Even though production on the seventh and final season of the Emmy-winning television drama “Queen Sugar” has wrapped in New Orleans, the show’s creator and executive producer, Ava DuVernay, has no plans to leave the city anytime soon. The keys are now in her possession.

Is There a Baby on the Way for Darla From Queen Sugar?

Darla’s battles with her addictions and her demons lasted for a significant amount of time. Although she is married to Ralph and they have a child together, we later found out that the child, a son named Blue, is not Ralph’s biological son and that he was most likely conceived as a result of Darla being the victim of sexual assault.

Is There Any Truth to the Events Depicted in Queen Sugar?

The family drama series Queen Sugar is adapted from Natalie Baszile’s first published novel of the same name. The Bordelon children are the subject of this Ava DuVernay-created series. The show is currently in the process of wrapping up its seventh and final season.

Production on the seventh and final season of “Queen Sugar” has wrapped in New Orleans. The show is based on the novel of the same name by author Natalie Baszile. It may not be based on a true story, but it does have source material that existed before the show.