Hocus Pocus 2 Plot: Will Max and Allison Return For The Sequel To Hocus Pocus? 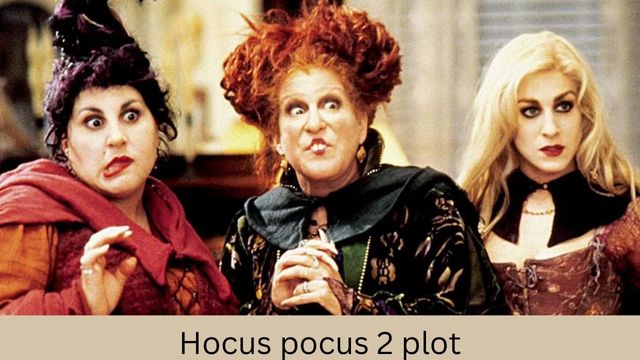 We have been given a spooky treat in the form of a new trailer for the eagerly anticipated sequel, Hocus Pocus 2, which will be released in just a few weeks.

The second trailer was presented to the public for the first time at the D23 Expo. In it, we got a glimpse of Hannah Waddingham in her role as The Witch, as well as Doug Jones in his return as the “good zombie” Billy Butcherson.

If you were unaware of the demand for the film, the first trailer for the highly anticipated sequel was released by Disney in late June, and in its first 24 hours, the trailer racked up more than 40 million views.

The Sanderson Sisters make their way back to Salem to wreak havoc on the town in the sequel, but what else can we anticipate from this installment? Here is everything you need to know about the second installment of the Hocus Pocus series.

On September 30, Hocus Pocus 2 will become available to stream on Disney+. At this point, the only question that remains is whether or not you will be able to hold out until Halloween to watch it.

Read more: Vox Machina Season 2 Release Date: Is It Coming in This Year?

The shooting of the sequel began in Rhode Island on October 18, 2021, and continued until late January of the following year.

Therefore, at this point, all we can do is wait for Hocus Pocus 2 to be released, but in the meantime, if you want to fill the witchy-shaped hole in your life, you can always watch the first movie again on Disney Plus.

In May of 2021, when the sequel was officially announced, we also received the initial plot details that have been provided to us regarding what we can anticipate from it.

“Three young women make the mistake of bringing the Sanderson Sisters back to modern-day Salem, and now they have to figure out a way to prevent the child-hungry witches from wreaking a new kind of havoc on the world.”

This does sound a little bit like the book sequel that was published in July of 2018 and was centered on Poppy, the daughter of Max and Allison, her best friend Travis, and a girl named Isabella who Poppy has a crush on.

Poppy sneaks into the Sanderson home during a blood moon with the intention of impressing Isabella, but instead, she unintentionally resurrects the Sanderson sisters. It is currently unknown whether or not this will be precisely what occurs in the movie sequel, so it is possible that this information will not be considered canon.

Original members of the cast

New actors have been added.

The following three adolescents are going to embark on a mission to put an end to the activities of the evil sisters:

In addition, completing the cast is:

Even though we only got a brief glimpse of the infamous Sanderson sisters in the trailers for the movie, we couldn’t contain our excitement when we saw them!

Winnie cautions Salem to keep their children locked up, Book is awake once more, and there is a second black cat that is loose in the neighborhood. In addition to that, it looks like there will be a lot of references to the previous movie.

Is There Any Chance of Seeing Thackery Binx in Hocus Pocus 2?

The cat is black. Original The voice actor known as Thackery Binx will not be reprising his role as the black cat in Hocus Pocus 2.

Bullies Tobias Jelinek and Larry Bagby, who play Jay and Ice, have stated that they will not be appearing in Hocus Pocus 2. In Hocus Pocus 2, Thora Birch will not reprise her role as Dani.

Will Max and Allison Return for the Sequel to Hocus Pocus?

On the other hand, it has recently been established that a particular aspect of the past will not be brought back into play at any point in the future.

Omri Katz and Vinessa Shaw, who played Max Dennison and Allison in the first movie, will not be returning to their roles in the sequel, as confirmed by the film’s director, Anne Fletcher, who was interviewed by Entertainment Weekly.

Will the Witches From the First Film Return in the Sequel?

The Sanderson sisters will return for yet another naughty adventure, but they will be joined by a cast of new characters (as well as some familiar faces from the first book) in the second installment of the series.

The second trailer debuted at the D23 Expo. It gave us our first look at Hannah Waddingham’s role as The Witch. Doug Jones as “good zombie” Billy Butcherson also appeared. The first trailer notched up more than 40 million views in its first 24 hours.