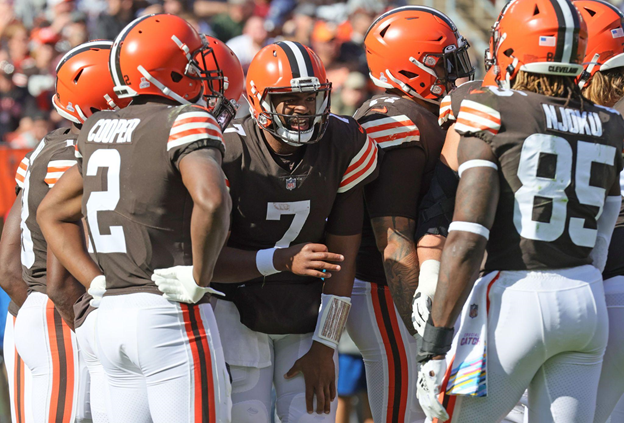 There is no denying that it has been a tough start to the 2022 NFL season for the Cleveland Browns this year.

Of course, the franchise has been without their likely starting quarterback in Deshaun Watson after he was suspended by the league for 11 games, after moving on from Baker Mayfield. However, with the veteran Jacoby Brissett in the middle, the franchise has struggled for consistency.

The Ohio franchise is currently 2-4 on the season and will face one of their toughest challenges in Week 7, as they will head to Maryland, where they will take on AFC North rivals the Baltimore Ravens. And, in truth, they are not quite looking their best for the game, either.

While there may have been some excitement about the Browns in recent seasons due to the players the organization had acquired, things simply have not worked out the way the organization would have liked.

Indeed, the 2022 NFL football season was a new opportunity for the franchise, but as stated, it has been far from what many in Ohio would have liked to have seen. The team is currently 2-4 on the year, with their latest defeat to the New England Patriots having been one that will have hurt.

The team were beaten comprehensively by one of the most successful teams in the Super Bowl era 38-15 at home; a result that perhaps highlighted just some of the issues that are currently blighting the Browns at the moment. They only managed one touchdown in that game after Brissett threw to Amari Cooper.

Unfortunately, while that may not be considered good enough, the problems in the defense continue to mount for Kevin Stefanski’s side, as they continue to be picked apart by opposing offenses and giving up numerous points in each game. Through Week 6, the Cleveland Browns have given up 163 points, while scoring 148 in the process. They have tied second for the most points given up in the NFL this season with the Seattle Seahawks, while the Detroit Lions is the only team to have given up more (170).

While the Baltimore Ravens are 3-3 on the year thus far, there may be some confidence amongst fans in Ohio and those across America that support the Browns regarding the possibility of achieving a win in Week 7.

As highlighted, aside from last week’s game against the Patriots, Cleveland has been on the verge of getting wins, while it is important to note that the Maryland-based team is seemingly throwing away the leads they have.

Before the game against the New York Giants, the team had only been behind in a game by less than a quarter through five weeks, however, they were unable to see the game out after Lamar Jackson threw an errant ball that was picked and subsequently led to a game-winning touchdown for Big Blue.

With the Ravens having found it difficult to hold onto leads, sports bettors and fans based in Ohio believe this game could be an ideal opportunity for the Browns to potentially go 3-4, which would tie them with their divisional rivals.

Admittedly, Caesars Ohio sportsbook has the local teams as underdogs which may not provide punters with as much confidence as others, however, this could also mean that there is a lot of value that is on offer given the odds provided.

Those that may consider placing a wager on the game may take solace in the fact that there have been a few games where they have been on the verge of obtaining a win, with two of the four losses to have been incurred had been by a field goal or less, with a third being lost by a field goal. And, with a clash against the Ravens coming up, perhaps Week 7 could be the best time for Stefanski’s team to finally get back to winning ways.

Will the Browns Be Able to Challenge for The Postseason?

Naturally, there will already be many Browns fans that will be looking ahead to the postseason at this stage, and perhaps thinking that they may be a world away despite only having played six games of the 2022 NFL season thus far.

Indeed, there are many that have already been rather critical of the team’s players, with some having suggested that some of the players who have big names and reputations need to be benched because they are not performing, while others have pointed out that Brissett is regressing at an extraordinary rate.

That is not good news for a team that is unable to use their starting QB until Week 13 at the earliest, while Watson is not even allowed to train with the team until November 14. With this timeframe, the organization has relied on Brissett to lead them to the postseason. 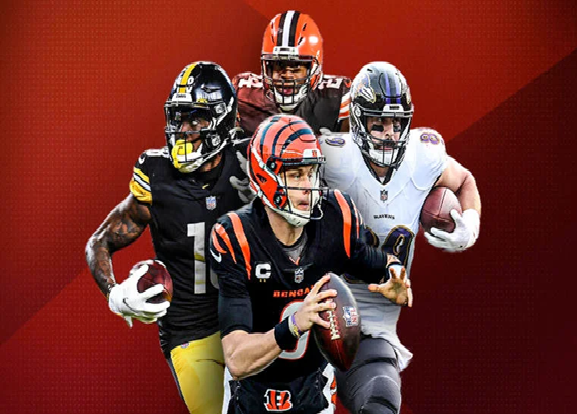 AFC North Is a Tight Division

Baltimore currently leads the division with its 3-3 record but shares it with the Cincinnati Bengals. The Browns sit third, whereas the division is propped up by the Pittsburgh Steelers who are also 2-4 as they try to manage life without Ben Roethlisberger.

With the AFC North struggling, and teams still being required to face each other on at least one more occasion, anything in this division could still happen, and if the Browns can get things going when they need to, there is no reason that they may make the postseason – albeit as one of the teams that may have the worst records.

Clearly, the Cleveland Browns are not looking very good at the moment and are far from their best, however an AFC North divisional game could bring out the best in Stefanski’s side and finally give the Ohio franchise something to cheer about in the 2022 NFL season!

What is DEI Certification, its process, and other related information

How to Determine a Debt Collector is Legitimate