Enola Holmes 3 Release Date: Is This Season Going to Release in 2024? 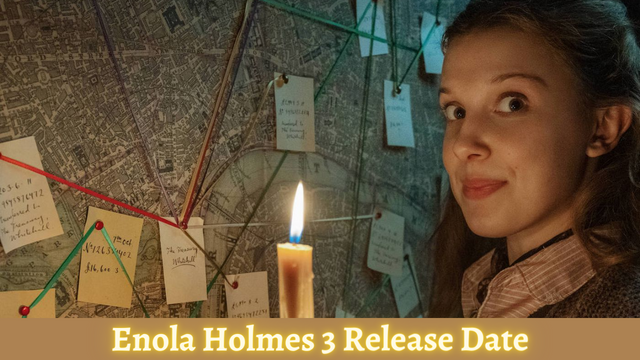 Enola Holmes 3 hasn’t been confirmed for Netflix yet, but the second movie in the series is already at the top of the list of most-watched movies on the service.

In Enola Holmes 2, which starred Henry Cavill as Sherlock Holmes and Millie Bobby Brown as his little sister Enola, Millie Bobby Brown came back as Enola. After their two separate cases got mixed up into one big mystery, they were forced to work together.

The end of the second movie added some exciting things to the world of Enola Holmes, and Brown told ScreenRant that he already has plans for a third movie:

“Yes, without a doubt. I’d love to take part in another. I’d love to see her take on more cases, be put under pressure, be put in crazy situations, and be put back in a position where she feels vulnerable. I’m thrilled that she’s back at work.”

We did too, so we hope Netflix will confirm the third movie soon, especially now that two classic Sherlock characters have joined the world.

So, with that in mind, here’s everything you need to know about a possible Enola Holmes 3 and what fans can expect.

As was already said, Netflix hasn’t confirmed that there will be an Enola Holmes 3, so we don’t know when it will come out.

The first movie came out in September 2020, and the second one came out in November 2022, so we can make some guesses. The third movie might come out late in the year, but we might have to wait until September 2024 at least.

There’s a chance that could be pushed back as well since Brown and Cavill are likely to be very busy soon with Stranger Things season 5 and a possible Superman movie, which could affect Enola Holmes 3.

The primary mystery is solved in Enola Holmes 2, and the film does not end on a particularly tense note that sets up a potential cliffhanger for the third installment in the series.

We see that Moriarty has broken out of prison in the climactic moments of the movie, so we are confident that she will return in the third installment to wreak havoc once more. At least, Enola and Sherlock will be able to solve whatever riddles lie ahead with the assistance of Dr. John Watson as well.

The book series written by Nancy Springer, which the movies are based on, did not serve as a source of inspiration for the sequel in any meaningful way. 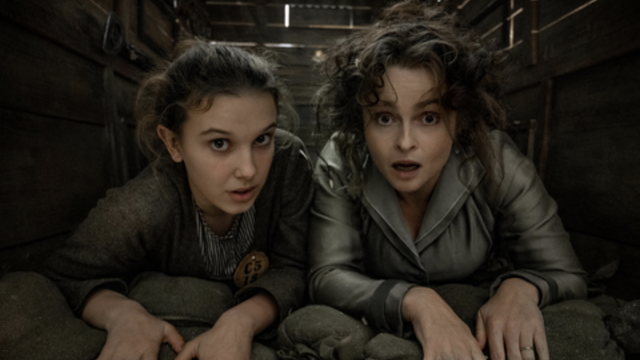 Even though Dr. Watson is first mentioned in the series’ third book, “The Case of the Bizarre Bouquets,” Moriarty has never made an appearance in any of the other books, therefore it is reasonable to assume that the third movie will once again present its own unique story.

Enola Holmes without Millie Bobby Brown as Enola would be really strange, thus she will return if a third film is confirmed.

Due to scheduling issues, Sam Claflin was unable to reprise his part as Enola Holmes’s brother Mycroft Holmes in Enola Holmes 2, so maybe he will be able to return for the third installment.

Read more: A Friend of the Family Episode 9 Release Date: Is It Streaming on Peacock?

The director of Enola Holmes 2, Harry Bradbeer, stated that Sam is welcome to return for a third film. “Well, Sam’s itinerary became very obvious, thus he would not be participating.

We were quite disappointed that Sam could not participate in this. If there was a subsequent one, we would welcome his return “He stated to Collider.

In a third film, ideally, Sharon Duncan-Brewster will reprise her role as the renowned villain Moriarty.

And, as shown in the post-credits scene, Himesh Patel has joined the cast as Sherlock’s sidekick, Dr. John Watson; hence, he should return for the third installment.

Due to the fact that Enola Holmes 3 has not yet been produced, even a skilled detective like Enola would be unable to locate any footage of the next movie.

Because the first trailer for the sequel didn’t emerge until two months before the first movie was released, we have a long wait ahead of us if our prediction that it won’t be released until late 2024 is accurate.

Himesh Patel has joined the cast as Sherlock’s sidekick, Dr. John Watson; hence, he should return for the third installment.