US Rep. Sean Casten, a Democrat, Keeps His Seat in Illinois! 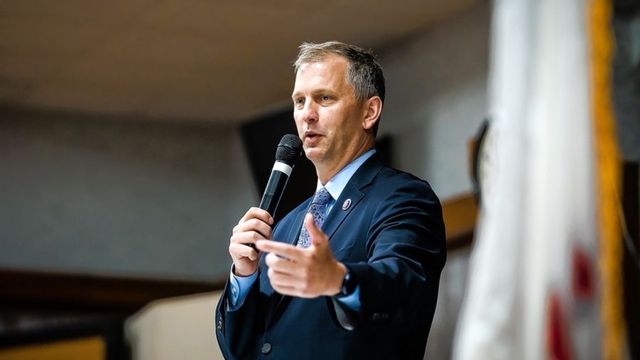 The newly redrawn 17th district in Illinois will be one of the U.S. House races to watch on Tuesday. Two first-time candidates are running to replace Democratic Rep. Cheri Bustos, who is leaving office.

Just west of Chicago is the district.

Scientist and businessman turned politician raised and spent more than four times as much as Pekau, even though House Minority Leader Kevin McCarthy helped Pekau at the last minute by showing up at a campaign fundraiser with Pekau four days before the election.

In a statement about his win, Casten’s campaign said that the victory was a vote of confidence from his constituents for how he had voted on issues like climate change and gun control.

“The 6th District voters made it clear tonight that this is something we can build on,” Casten said.

After the 2020 census, Illinois lost one of its 18 House seats. Republicans and others were unhappy with the new maps made by Democrats in Illinois, who run the state government and decide how districts are drawn.

As newcomers fight to replace Democratic Rep. Cheri Bustos, who is leaving office, in Illinois’ 17th district, the race could be a key to whether or not Democrats keep their slim majority. From Rockford in the north to Peoria and Bloomington in the middle of Illinois, the district covers a large area.

The Republican candidate in the district is lawyer and Army Reserve member Esther Joy King. In 2020, Bustos, who was running for a fifth term, almost lost to King by a few percentage points.

I’ve said it before and I’ll say it again: clean energy is cheap energy.

Investments in the #InflationReductionAct make it cheaper to install solar panels or own an electric vehicle. pic.twitter.com/VB5vbkmNR9

King’s top priorities are agriculture and working with both Democrats and Republicans, which she says are important for meeting the needs of the district.

Sorensen’s slogan is “Forecasting a Bright Future for Illinois.” For him, the most important things are to deal with inflation and protect reproductive rights.

Democrats and Republicans to Work Together

He wants both Democrats and Republicans to work together to lower the prices of food, health care, and gas. He also says he doesn’t agree with the U.S. Supreme Court’s decision to overturn Roe v. Wade, which took away constitutional protections for abortion. Sorensen says that safe and legal abortion is a reproductive right and a matter of health care between a woman and her doctor.

His campaign and King’s campaign disagreed about the issue when an ad from the Democratic Congressional Campaign Committee said King’s “pro-life” position would ban abortions in Illinois even in cases of rape or incest.

Yesterday, I had the opportunity to watch so many hardworking Illinoisans gain U.S. citizenship at a naturalization ceremony in Glencoe. America is only strengthened by our immigrants and I’m proud to have been part of this moment in their lives. Congratulations! pic.twitter.com/DyJo0UNQYJ

During a debate on Oct. 3, King said that she would be against a federal ban on abortion and would support exceptions in cases of rape, incest, or a threat to the mother’s life.

READ MORE: Food Stamps 2022: Items You Can Buy With Food Stamps for Thanksgiving in 2022!

People are also paying attention to the race for the 13th district, which includes Champaign, Decatur, and Springfield in central Illinois and east St. Louis in the southwest. Rep. Rodney Davis, who was already in office, was moved to a different district because of redistricting. There, he lost to Rep. Mary Miller, who was backed by former President Donald Trump.

Nikki Budzinski, a Democrat from Peoria, beat Regan Deering, a Republican from Decatur, to win the seat for the district.

Budzinski’s campaign office said in a statement that she won that the chance to represent people from Central and Southern Illinois is her “greatest honor.”

“We have a lot of work to do. Families are struggling right now, and they deserve a champion in Congress who will be laser-focused on lowering costs so they can get ahead,” she said, reiterating her promise to reach across the aisle to “get real results.”

Budzinski is a labor activist, a former member of Vice President Joe Biden’s staff, and Gov. J.B. Pritzker’s top advisor. She ran for office on a platform of rebuilding the middle class.

“Rising costs are making it hard for working people right now, and I want to go to Congress to fight for them,” she said in a debate on Oct. 6. She also said she supported protecting Medicare and Social Security, a woman’s right to choose, and funding for public schools.

READ MORE: Food Stamps Schedule: Food Stamps Benefits for November 2022 in Florida and Where to Get Snap Ebt Discounts!

She beat Deering, a philanthropist and former teacher who wanted to secure the border between the U.S. and Mexico and stop “reckless spending.”

.@BrianSchatz and I are leading 14 of our colleagues in letters to @JPMorgan and @WellsFargo, calling on them to end their sponsorship of the State Financial Officers Foundation. Full letter text can be found here: https://t.co/zhmNn0R2CF pic.twitter.com/K9L25Upodx

Savage works for the Statehouse News Initiative of the Associated Press and Report for America. Report for America is a non-profit national service program that puts reporters in local newsrooms to cover issues that don’t get enough attention.

Washington Food Stamps: Where To Get SNAP Benefit Discounts?