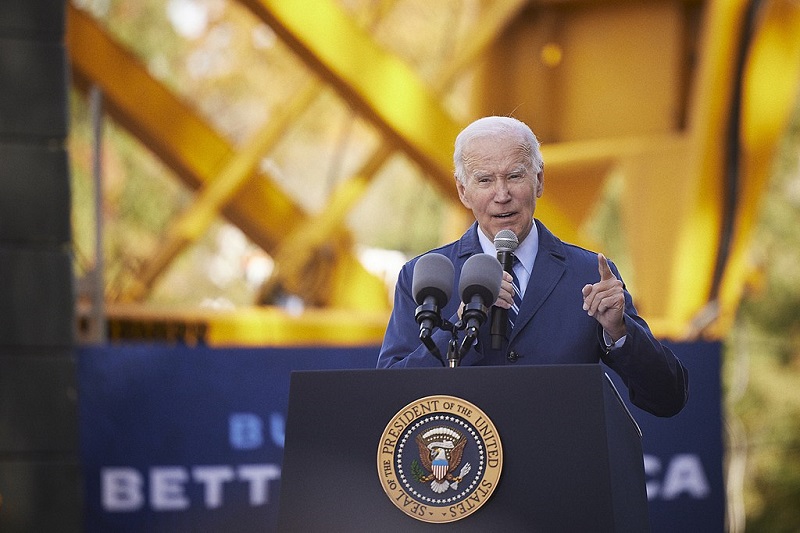 Retaining control of the Senate, according to President Joe Biden, will give him more leverage when he meets with Chinese President Xi Jinping on Monday. This meeting will provide the two leaders an opportunity to discuss their respective red lines in a number of important areas.

As tensions over Taiwan, North Korea, Russia, and economic rivalry increased over the past two years, relations between Washington and Beijing have all but frozen.

According to observers, this suggests that the meeting will be more like the summits between the US and

the Soviet Union during the Cold War: a high-stakes conference on neutral ground where all parties only want to get a better understanding of one another.

It follows Xi Jinping’s successful ten-year extension of his authority at the Chinese Communist Party conference, as per Daily Mail.

According to Andrew Small, a China expert whose latest book, ‘No Limits: The Inside Story of China’s War with the West,’ is out this week, it means Chinese authorities won’t be able to portray Biden as a lame duck.

There won’t be a common statement or communiqué following the meeting on Monday on Bali, an Indonesian island hosting the G20 summit, according to officials.

As they work to mend a relationship that has been shattered by years of tensions, saber-rattling, and economic rivalry, both sides have downplayed expectations.

According to Small, both parties were trying to establish “a floor” for their relationship.  Since 2011, when President Barack Obama charged his vice president with getting to know a high flyer inside the Chinese Communist Party, Xi and Biden had been acquainted.

Since Biden assumed office, they have spoken on the phone five times, but Monday will be their first face-to-face encounter as presidents. The Biden administration’s decision to prohibit the sale of advanced microchips to China last month marked the most recent crisis.

Now, according to officials, Biden will want to know Xi’s position on China’s expanding ties with Russia, its plans for the island of Taiwan, and whether China is prepared to take any action to restrain North Korea’s aggressiveness.

North Korea is a threat to the US, Japan, South Korea, and “peace and stability across the entire region,” according to Jake Sullivan, Biden’s national security adviser, who was speaking aboard Air Force One on Saturday, just before the US delegation arrived in Cambodia to attend an ASEAN summit.

Sullivan also said that rather than placing expectations on Xi, Biden would simply communicate his viewpoint, SCMP reported.

The much-awaited encounter takes place as North Korea intensifies its missile testing this year and is reportedly getting ready for its seventh nuclear test overall, which would be it’s first since September 2017.

China is North Korea’s sole significant ally, and earlier this year, Xi emphasized the importance of bilateral relations. Zhang Liangui, a North Korea expert at the Central Party School in Beijing, claims that it is unclear how much influence China has over Pyongyang in order to stop missile testing.

Zhang said that China has grown less specific in its statements concerning North Korea, expressing his concern about the status of the situation on the peninsula. He said that there was little space for maneuver, particularly given that Pyongyang already has nuclear warheads and was going open about its intentions to use them.

Beijing is in a difficult situation as well since it opposes sanctions on Pyongyang while still supporting the denuclearization of the Korean peninsula.

The Chinese ambassador to the UN criticized the US for using the issue to advance its “Indo-Pacific strategy,” which Beijing claims is aimed at containing China. In May, China and Russia vetoed a US-led UN Security Council resolution to toughen sanctions on North Korea over its intercontinental ballistic missile launches.