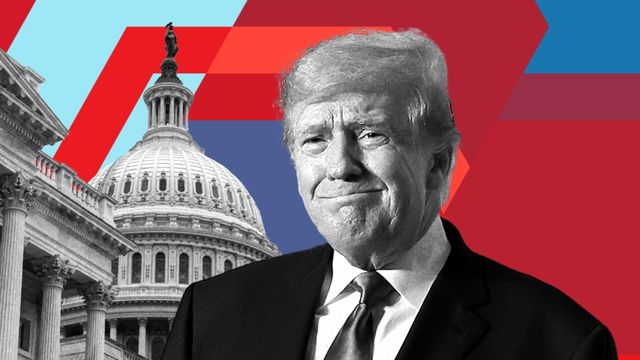 Speaking in front of a crowd of supporters and media, Donald Trump launched a campaign to reclaim the White House on Tuesday. Two years after being ousted by voters and a week after they rejected his backed candidates in multiple key Senate races.

Trump’s message is “America’s comeback starts right now.” Trump delivered his announcement from the ballroom of his Mar-a-Lago resort, joined by members of his family and key supporters including Roger Stone, MyPillow CEO Mike Lindell, and former California Rep. Devin Nunes.  During his address Trump said:

“We have always known that this was not the end. It was only the beginning of our fight to rescue the American dream,” “In order to make America great and glorious again, I am tonight announcing my candidacy for president of the United States.”

Trump’s speech focused on digging up old grievances and conspiracies: The FBI is corrupt, and the voting system is full of fraud. Former President Trump said if elected, he would repeal President Biden’s initiatives to address climate change and immigration. He highlighted his work creating a strong economy while attacking Biden over the current inflation.

Trump spent plenty of time alluding to his claims of election fraud and promised to change election laws. He said he would implement new voter identification standards and limit voting to Election Day only. He also said he would support a constitutional amendment limiting congressional terms, which was originally promised by Republicans in 1994 who controlled the House at the time.

This campaign could be seen as a revenge tour. President Trump was once the immediate front-runner for the Republican nomination but has become damaged goods among the party. With Democrats reclaiming the Senate and Republicans barely taking control of the House, some Republicans leaders are calling for him to step aside for the party.

Trump’s decision to run again in 2024 is driven by his desire to seek revenge against Biden, who led Trump into a spiral of pushing many false conspiracy theories about his defeat. Claims of vote tampering were rejected by Republican state election officials and even his own appointed federal judges.

Donald Trump claimed his endorsement record had a 91% success rate, however, Ballotpedia showed that Trump really had a success rate of around 82%. Trump’s numbers include wins from candidates who ran in strongly Republican districts. His record in competitive races was less impressive.

While Trump has often outpolled possible primary rivals and managed massive fundraising success, his candidacy will rest on Republican voters support of a former president who has been a dominant figure in three straight election cycles that ended in disappointment: 2018, 2022 and his loss in 2020.