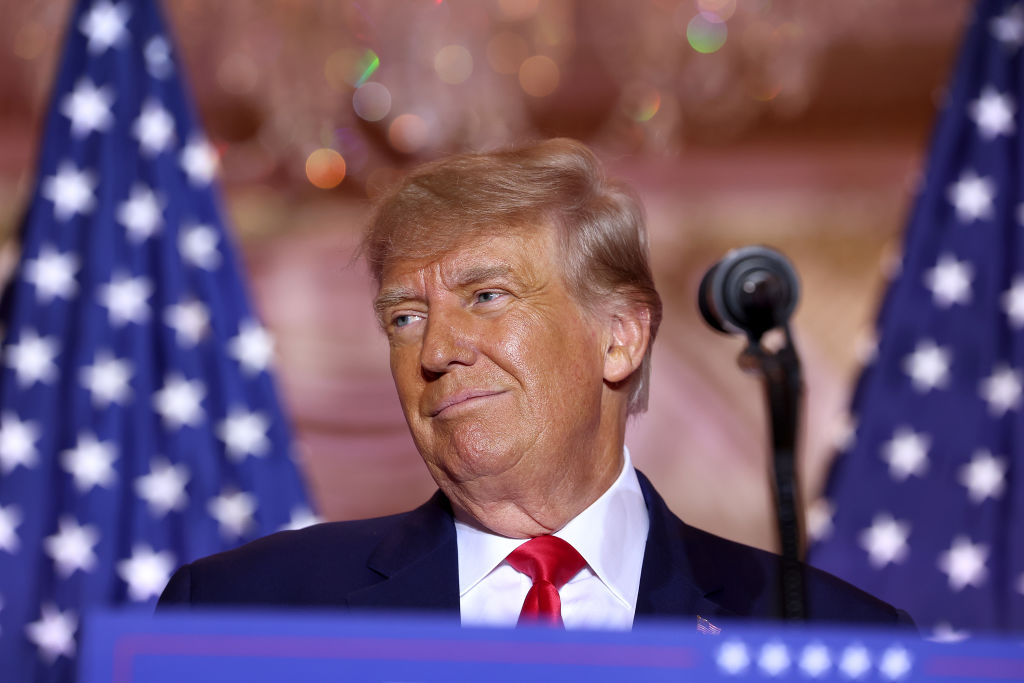 To fight off potential GOP rivals, former president Donald Trump said Tuesday night that he will seek the Republican nomination for president in 2024.

Donald Trump declared that his goal in running for president is to “make America great and beautiful again” to the gathering at his Mar-a-Lago property, where his campaign will be located.

The former US president made several inaccurate and exaggerated statements throughout his address, which was largely calm and focused on his four years in office. He was surrounded by conservative leaders, friends, and advisers.

From his repertoire of cynical themes, Donald Trump used them. Regarding immigrants, he declared, “We’re being poisoned,” and referred to American cities as “cesspools of blood” that were rife with violence.

Despite a historically divisive presidency and his role in instigating an attack on the US Capitol on January 6, 2021, the wealthy Republican leader tried to evoke nostalgia for his time in office.

Donald Trump achieved this by often making contrasts between his accomplishments during his first term and the policies of the Biden administration and the current economic position.

These so-called successes continue to elicit passionate sentiments on both sides and include steps to tighten immigration laws, lower corporate taxes, and promote religious freedom.

Even though many of them think Donald Trump will have primary rivals in the coming months, he told the assembled Republicans that the GOP could not afford to choose “a politician or conventional candidate” if it wants to retake the White House.

Although his announcement is earlier than anticipated even in a nation known for protracted presidential elections, Donald Trump is probably attempting to deter other potential candidates like Florida Governor Ron DeSantis or his former vice president, Mike Pence, from seeking the Republican Party’s nomination.

Last week, DeSantis was re-elected as governor with ease. In order to distinguish himself from Trump, Pence has been marketing his new book. Glenn Youngkin, Greg Abbott, Nikki Haley, and Mike Pompeo are more potential GOP presidential contenders.

The former president of the United States deliberately sought out and supported candidates who maintained his unfounded allegations that widespread voter fraud cost him the 2020 election.

However, some of his candidates in critical battleground states fell short, prompting several prominent Republicans to publicly accuse Donald Trump of endangering the party’s chances of taking back the Senate by endorsing unqualified people.

Although the outcome of the race for the House of Representatives is still up in the air, the GOP appears set to secure a slim majority.

Despite a criminal investigation into how he handled federal data and a congressional subpoena connected to the assault on January 6, Donald Trump will run for his party’s nomination.

Trump has maintained that the investigations are politically motivated and denies any wrongdoing. Numerous advisors voiced hesitation about making an announcement in private talks, citing “Trump fatigue” as a contributing reason to the 2020 defeat and the need for a break from politics after the contentious 2022 campaign.

According to reports, South Carolina Senator Lindsey Graham allegedly sought to persuade the former president to delay his presidential campaign.

Republicans are debating whether the party can prosper without Trump as its head and, if not, how to separate him as a result of his determination on running for president again. The events of last week, according to many party insiders, show how ludicrous Trump’s assertion that he won the 2020 election is.

In Pennsylvania, where Democrats won a Senate seat and helped keep Republicans in the minority for two years, his chosen candidates lost close races around the nation.

Despite being twice impeached and facing several ongoing criminal investigations, the former president continues to hold significant sway over significant portions of the Republican Party.

Nevertheless, Trump promoted his name on Tuesday by bragging about the countless politicians who ran for office with his support and succeeded.

Trump reiterated his support for Herschel Walker at the event on Tuesday. Walker is a Republican running for the US Senate in Georgia and will face Democratic Sen. Raphael Warnock in a runoff election on December 6.