At a special meeting on Tuesday, the Jamestown Public School Board made preliminary...
HomeBusinessWalmart minimum wage...

Walmart stated on Tuesday that it will boost its minimum wage for retail employees to $14 per hour, an increase of around 17 percent for those who stock shelves and help customers.

Beginning in early March, the hourly wage for retail employees will range between $14 and $19. Currently, they receive between $12 and $18 per hour, according to Anne Hatfield, a spokesperson for Walmart.

According to Hatfield, over 340,000 shop employees will receive raises as a result of the change. This is a pay raise for approximately 21 percent of Walmart’s 1.6 million employees.

The nation’s largest private employer, the retail titan, is increasing compensation at an intriguing time. Macy’s and Lululemon, among others, have lately warned investors of a more difficult year ahead due to weakening retail sales patterns.

Amidst ongoing inflation and evolving consumer preferences, several experts predict a recession. Notable internet corporations, media organizations, and banks, such as Google, Amazon, and Goldman Sachs, have laid off tens of thousands of staff and sounded the alarm. Nonetheless, the labor market has remained robust.

In December, nonfarm payroll growth slowed somewhat but was better than anticipated. And the number of new claims for unemployment benefits filed by Americans decreased last week.

Retailers have avoided layoffs for the most part thus far. They continue to struggle with a tight labor market. In addition, their labor force, like that of the rest of the country, is feeling the strain of rising food and utility costs. 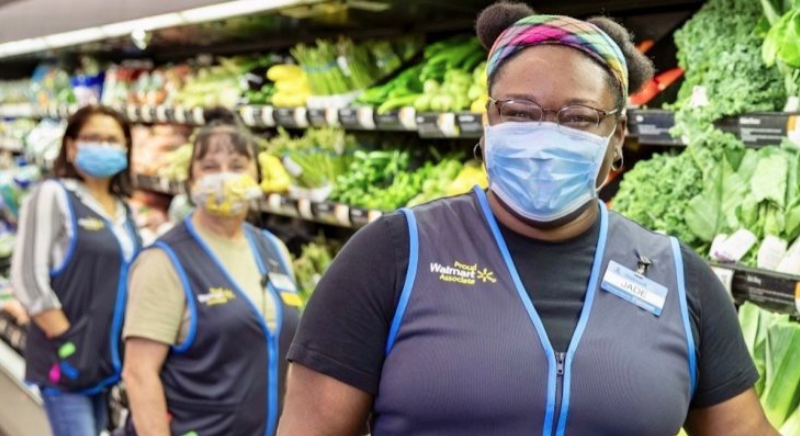 Gregory Daco, chief economist of EY Parthenon, the global strategy consulting branch of Ernst & Young, stated that retail tends to have a higher turnover rate than other industries, allowing businesses to control their personnel count by delaying the backfilling of jobs.

He said, though, that shops may also be planning prudently. Recruiting and retaining employees has been more difficult over the past 18 months. According to him, employing and training new personnel might be expensive if a business loses too many workers.

Any retailer considering cutting off a sizable portion of their workers will need to exercise caution and pause for thought, he stated.

Furner stated in a Walmart employee memo that the wage rise will be included in the annual increments of many employees. The corporation stated that a portion of these wage raises will also be distributed to store employees in regions of the country with a more competitive labor market.

In order to attract and retain employees, Walmart is now offering additional benefits. Furner stated that the company is adding more college degrees and certifications to its Live Better U program, which reimburses tuition and fees for both part-time and full-time employees.

Additionally, it is establishing more high-paying positions at its auto care centers and recruiting individuals to become truck drivers, a position that can pay up to $110,000 in the first year.

According to Just Capital, which partners with CNBC on an annual ranking of America’s largest publicly traded companies on issues that reflect the priorities of the American public, the wage increase brings Walmart’s average pay in line with the industry average, but it remains below several other major retailers.

Target, Amazon, and Best Buy have all boosted their hourly minimum pay to $15. Amazon and Target rolled out their own debt-free college degree plans in 2021 after Walmart, but they lagged behind.

The Commerce Department announced Friday that consumers spent less in December, despite an inflation indicator considered important by the Federal Reserve showing a slowing in the pace of price increases. Personal consumption expenditures excluding food and energy rose 4.4% year...
Business

According to people familiar with the negotiations, Japan and the Netherlands are poised to join the United States in limiting China's access to advanced semiconductor manufacturing equipment, forging a powerful alliance that will undercut Beijing's ambitions to build its...
Health

A blood-based test developed by King's College London's Institute of Psychiatry, Psychology, and Neuroscience (IoPPN) could be used to predict the risk of Alzheimer's disease up to 3.5 years before clinical diagnosis. The study, which was published in the journal...