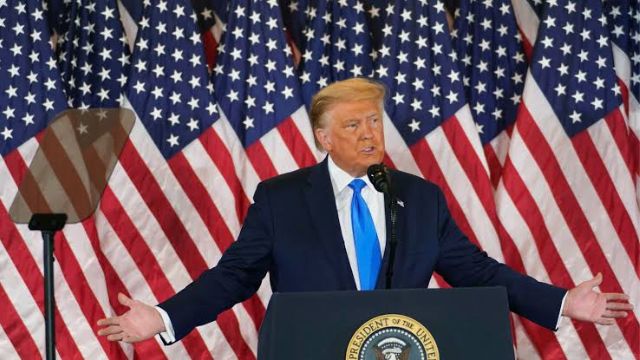 Former President Donald Trump has endorsed challengers to incumbent members of Congress in South Carolina for the second time.

Rep. Tom Rice, one of only ten House Republicans to vote to impeach Trump following the Capitol riot, was defeated in a GOP race by a Trump-backed rival.

According to The Associated Press, South Carolina state Rep. Russell Fry, who got Trump’s endorsement, handily defeated Rice, a five-term U.S. representative, to win the Republican nomination for the 7th District.

In South Carolina, a candidate must receive more than 50% of the vote to avoid a runoff election. Fry had 51.1 percent of the vote at the time of the AP’s race call. Rice had a rate of 24.6 percent.

Rice had refused to give in to the rants of a past president or to his belief that Trump is to responsible for the attack on the Capitol.

“If we’re going to have a setup where the president can try to intimidate Congress,” he told NPR in February, “we might as well have a monarchy.”

Rice even went on to say that he regretted not voting to certify Joe Biden’s victory in the presidential election. Many voters were outraged, and a flurry of Republican candidates, including Fry, vowed to unseat Rice. The challengers claimed he had betrayed the district’s conservative values as well as the former president.

Meanwhile, Trump has referred to the long-serving congressman as a “coward” who “no one trusts.” In March, he gathered supporters for a rally in Rice’s district, where he delivered a stinging speech and reaffirmed his support for Fry.

Rice had reminded voters during his campaign that he voted with Trump more than 90% of the time and assisted the former president in drafting the 2017 GOP tax cut bill.

On May 19, Rep. Nancy Mace, R-South Carolina, speaks at a press conference outside the US Capitol Building.

In the Republican primary for the 1st Congressional District, Mace easily defeated former Rep. Katie Arrington. Arrington had been endorsed by Trump.

Mace was above the runoff threshold at the time of the AP’s race call, with 53 percent.

In the aftermath of the Jan. 6 insurgency at the US Capitol, Mace enraged Trump by criticising him, though she later walked back her critical remarks and, unlike Rice, did not vote to impeach him.

According to The Associated Press, Rice, a five-term member of Congress, was soundly beaten in the Republican primary for the 7th District by South Carolina state Rep. Russell Fry, who received Trump’s support.