This Must-Read Social Security Quote from the Chief Actuary 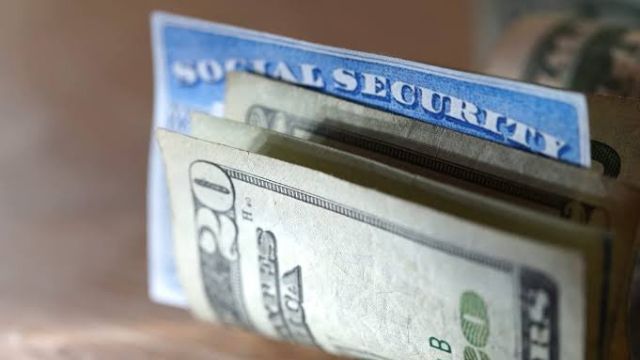 “With the patterns we’re seeing this year, it’s probable we’re going to have a COLA closer to 8% than 3.8 percent next year,” said Chief Actuary Stephen C. Goss of the Social Security Administration (SSA) in a recent webinar.

This happened after a debate on “spiking inflation,” which was 8.6% for the 12-month period ending in May 2022 as of this writing. Rapidly rising prices have jolted the US economy and lowered consumer confidence to levels not seen since the Great Recession of 2008-2009.

Let’s look at how rising inflation in 2023 might influence your monthly Social Security benefit.

Benefits for Social Security recipients have already increased by 5.9% to account for cost-of-living increases since the beginning of the year (COLA). Inflation data from the summer and fall of 2021 demanded an increase in dividends to keep retirees’ purchasing power. Benefit increases of 5.9% were the biggest since 1982 at the time.

Done the first half of the year, we’ve learned that the current inflationary phase is far from over. Higher prices are almost certainly here to stay for the foreseeable future; firms have been able to boost prices in part due to the high level of personal consumption.

On the supply side, the crisis in Ukraine, along with ongoing production and shipping challenges caused by the epidemic, has restricted supply in various industries, causing prices to climb.

The SSA is leaning toward a COLA increase of between 8% and 9% in 2023, given rising price rises across core consumer goods. This would be the greatest COLA since the early 1980s, and it would go a long way toward assisting retirees in dealing with fast rising expenses for necessities like food, petrol, and healthcare.

Because the S&amp;P 500 is currently in a bear market, a COLA of 8% or more will be necessary to keep seniors on fixed incomes from seeing a severe drop in living standards. Retirees with stock portfolios may be hesitant to sell when prices fall, so any improvements in income, even if just to keep up with rising prices, are welcome.

To achieve that goal, it’s evident that a COLA of at least 8% will be required.
Most people care about Social Security.

You’re in the minority if you don’t need to rely on Social Security to fund your retirement expenses.

In any given year, over 65 million Americans will receive Social Security benefits, so it’s critical to understand how COLA hikes affect the entire country.

Given recent price increases, we may need to brace ourselves for several years of similar changes to ensure the health and well-being of our senior citizens.

You’re probably a few years  behind on your retirement savings if you’re like most Americans. However, a few “Social Security secrets” may be able to assist you increase your retirement income.

One simple method, for example, might earn you an extra $18,984 every year! We believe that once you understand how to optimise your Social Security benefits, you’ll be able to retire with the confidence and peace of mind that we all desire. To understand more about these techniques.A disclosure policy exists at The Motley Fool.

According to a study, over half of US seniors living alone cannot afford basic expenses.

Should I Apply for Social Security Even Though I’m Still Working at Age 78?