He’s One of the Country’s Last Remaining Independent Judges. Will He Have to Flee as Well? 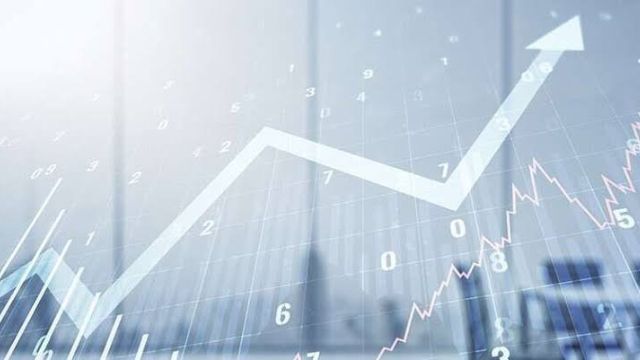 Miguel ngel Gálvez, a judge who has spent more than a decade fighting corruption in Guatemala, has taken on some of the country’s most prominent figures.

Despite facing domestic criticism and threats, Gálvez’s reputation for independence received plaudits from the US, which regards anti-corruption measures in Central America as critical to curbing migration.

But nothing, he argued, could have prepared him for the latest attacks.

Threats began to flood in last month after Gálvez ordered the trial of nine former military and police officials for torture, murder, and forced disappearance during Guatemala’s three-decade-long civil war.

Gálvez should “be in prison or exile,” according to far-right groups affiliated with President Alejandro Giammattei. Strangers called, telling how they planned to murder him. On the streets, suspicious vehicles followed him.

Gálvez is a member of Guatemala’s Court for High Risk Crimes, which hears the country’s most sensitive criminal and corruption matters, and he has requested that the threats be investigated. Instead, the Supreme Court this week declared that it had granted a plea to suspend Galvez’s judicial immunity, which is sometimes a precursor to arrest.

He now has to make a difficult choice, one that scores of other members of Guatemala’s legal system have had to make in recent years: flee the country or risk being imprisoned.

The campaign against Gálvez is part of a larger wave of attacks on Guatemala’s courts, which has resulted in the exile of over 20 judges and prosecutors. A number of other anti-corruption detectives have been sentenced to prison.

Conservative forces within the government, according to pro-democracy activists, are attempting to wrest power from the country’s independent institutions and turn back the clock on Guatemala’s pioneering anti-corruption efforts, which were once hailed as a model for reducing crime across Latin America.

According to political analyst Edgar Gutiérrez, “the objective is to obliterate any record, any residue” of anti-corruption initiatives. “They’re putting up an authoritarian regime.”

In recent months, President Nayib Bukele’s government in El Salvador has cleansed critics from the court, suspended civil freedoms, and imprisoned more than 36,000 individuals in what it calls an assault on street gangs.

The three-year assault on Guatemala’s justice system began with attacks on the International Commission Against Impunity, an independent anti-corruption body established in 2006 to investigate the criminal groups that had come to dominate the country after the civil war ended in 1996 with peace accords.

The United Nations funded the commission, known as the CICIG, which worked with local prosecutors to conduct investigations and put cases to trial.

It was instrumental in the incarceration of drug traffickers, war criminals, and scores of political politicians. Pérez Molina, his vice president, and the majority of his cabinet resigned in 2015 as a result of a CICIG probe into a wide-ranging corruption conspiracy.

According to Carmen Rosa de León, a sociologist and human rights activist, opinion polls and enormous rallies in support of Pérez Molina’s removal demonstrated that Guatemalans backed the commission. “It exposed the state’s control networks,” she explained.

The commission’s efforts, however, drew powerful opponents. After it launched an investigation against President Jimmy Morales’ family in 2018, Morales shut it down and banished the probe’s chairman from the country.

The administration quickly turned its attention to the prosecutors and judges who had taken over the commission’s cases.

Juan Francisco Sandoval, who took over corruption investigations and was fired by Attorney General Mara Consuelo Porras, and Érika Afan, a high-risk court judge who was forced to flee the country this spring after receiving threats and the Supreme Court appeared to be about to strip her of her immunity.

The Biden administration has attempted to assist Guatemalan judges and prosecutors who are under threats. Top authorities have complimented their efforts, including Vice President Kamala Harris.

Porras was recently sanctioned by the United States for “repeatedly obstructing and undermining anticorruption investigations in Guatemala to protect her political allies and obtain excessive political favour,” according to the US.

Porras was reappointed to a second term by Giammattei in May, notwithstanding the sanctions. The president has complained about US intervention in Guatemala’s internal affairs, and he purposefully avoided the Americas Summit in Los Angeles last week.

Simultaneously, the United States continues to work with Guatemala, paying hundreds of millions of dollars in aid in recent years as part of a bigger campaign to reduce migration from Central America.

“Why are we continuing to cooperate with Guatemala?” wondered Jo-Marie Burt, a George Mason University Latin American studies professor. “I’m not sure how you can pour money into a country whose government exemplifies the corruption you profess to be fighting.”

Gálvez believed it was just a matter of time before he was attacked after so many of his coworkers were forced to flee.

In a recent interview, he claimed, “I knew… they’d come for me next.”

According to Alejandra Colom, an anthropologist at the University of Del Valle in Guatemala, he is considered as one of the final bulwarks against the country’s rising authoritarianism.

“Miguel ngel Gálvez is being assaulted because he is one of the last remaining bastions of ethics,” she explained.

The evidence he heard last month was based on documents unearthed after the civil war, known as the “Death Squad Dossier.” Soldiers chronicled over 200 people’s forced disappearances, extrajudicial executions, and torture in it.

Gálvez claims that sending the troops to trial isn’t a personal or political decision; it’s simply his duty.

He is adamant about not leaving Guatemala. “Leaving for another country is not simple,” he explained. “This is my life, this is my family.”

However, he is aware that if circumstances worsen, he may be forced to join the expanding community of his former colleagues who now reside in and around Washington, D.C.

Those who stood up for democracy during the civil war, he noted, often died.