Bipartisan Gun Control Legislation Is Advanced by the Senate 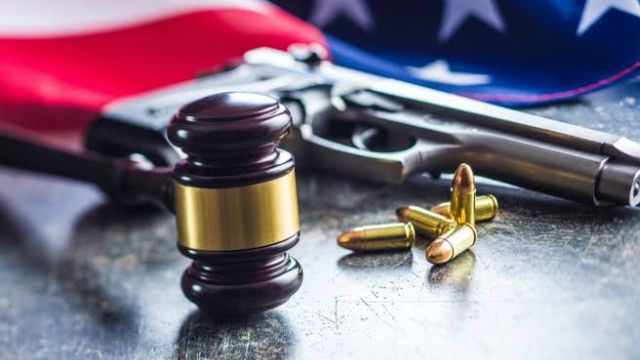 In a procedural motion, the U.S. Senate voted on Tuesday to advance a new bipartisan gun control bill, with the support of 14 Republicans.

A critical step toward the legislation’s likely passage was the 64 to 34 vote, which suggests that it may surpass the 60-vote need to end a filibuster in the Senate when the measure is put to a vote.

To prevent a filibuster, the bill would require support from all Senate Democrats and 10 Republicans.

The law would then be put up for a final passage vote if the Senate ends a filibuster. Before reaching President Biden’s desk, the House would then need to vote on the proposed legislation.

The 80-page bill, which was released on Tuesday evening, includes increased background checks for gun purchasers under the age of 21, grants for states to put their own red flag legislation into effect, and more financing for both mental health treatment and safety measures for schools.

The law also strengthens penalties for buying guns on the black market, expands the number of gun dealers required to register with the federal government, and eliminates the so-called “boyfriend loophole” by preventing access to firearms for those convicted of domestic violence against a close companion.

The legislation is based on a bipartisan framework that ten Republican senators had endorsed earlier this month. The legislation passed on Tuesday was built around that framework for gun control measures.

In a statement released Tuesday night, McConnell said, “I support the legislative text that Sen. Cornyn and our colleagues have crafted.”

On the Senate floor, Senate Majority Leader Chuck Schumer, a Democrat from New York, predicted that the legislation would pass by the end of the week and that the Senate will “proceed to the final passage as quickly as feasible.”

Additionally, House Speaker Nancy Pelosi, a Democrat from California, declared in a statement, “The House will immediately bring this bill to the Floor so that we can send it to President Biden’s desk after the Senate passes it.

If the proposal passes both the Senate and the House, President Joe Biden is anticipated to sign it.