Following Russian Ships in the Baltic Using France’s Aerial Surveillance. Has USA to Say Anything? 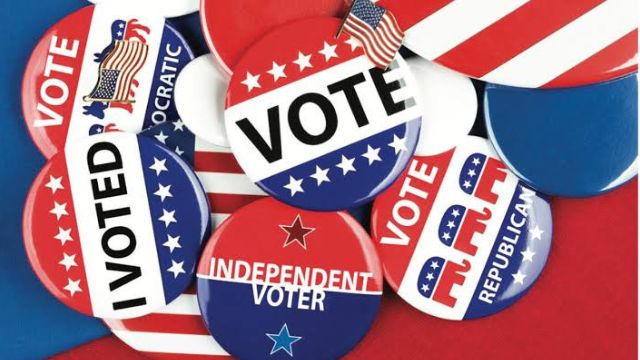 The crew of the French navy surveillance aircraft tasked with distinguishing friend from foe in the Baltic Sea does not perceive the swarm of dots on the Atlantique 2’s screens as a confused muddle.

The Russian corvette of the Tarantul class, which is travelling in a group with other Russian ships as several neighbouring NATO ships also crisscross the calm northeastern European sea, comes into view and an operator announces, “Another tarantula.”

The soldier remarks, “It’s bustling down there.”

Atlantique 2/AFP recognised a Russian corvette.
After President Vladimir Putin invaded Ukraine, France’s Atlantique 2 aircraft—which has been in use since the 1980s to find surface ships and submarines—was sent out to follow Russian and Russia-allied ships.

The patrol aircraft left early in the morning from Brittany, western France, and made a stop in Germany before continuing north to sweep most of the Baltic, which is currently a vital hub for Western and Russian forces.

The eyes of the 14-member crew (12 men and 2 women) focus once the aeroplane crosses the island of Rügen, where construction on the Nord Stream 2 gas pipeline between Germany and Russia was abruptly put on hold.

The order to remove the radar’s protective casing from the plane’s hull is given by Lieutenant Commander Guillaume, the plane’s most senior commander (who, by French military custom, only uses his first name).

Despite having an outdated appearance, the equipment is loaded with cutting-edge technology.

Although the sea is calm and the sky is clear, there is frenzied activity in a 50-kilometre (30 miles) wide area between the Swedish and Polish coasts.

https://img.particlenews.com/image.php?url=3PWyZj 0gI6OuMW00
Reference materials aid in identifying ships seen in the sky.
For our forces to choose the optimum course of travel, Guillaume remarked, “We must be able to quickly discriminate between friendly, neutral, and suspect vessels.”

To prevent any escalation, French soldiers are not to fly too close to some coastal waters or Russian ships, nor are they to enter any areas that could be dangerous or where Baltic rim nations may have signalled military activity.

The flurry of activity occurs after the yearly NATO military exercise BALTOPS, to which the Russians reacted with their own manoeuvres.

Both initiatives show a willingness on both sides to hold onto territory, even if it means deploying a sizable number of warships into the Baltic where they must coexist with a vast number of trade vessels and pleasure craft.

AFP: A Parchim-class corvette was spotted in the sky. The process begins as it has been practised. Chief Petty Officer Maxime, a radar operator, keeps an eye on the tracks, or signals.

Lieutenant Alain, the tactical coordinator also known as “Tacco,” is seated next to Maxime. He selects the tracks that, in his opinion, call for closer examination, such as those left by ships that failed to activate their automatic identification system (AIS), which is required for civilian vessels.

Chief Petty Officer Christopher, who controls the Webcam camera at the bottom of the aircraft and provides a detailed image of targets even tens of kilometres away, listens to Alain’s observations.

Finally, in a desperate attempt to correctly identify the ship, Christopher and Petty Officers Roxane and Nicolas search numerous databases.

Christopher focuses on a ship that has caught their interest despite initially appearing to be a civilian ship and remarks, “It has a peculiar crane near the bow.”

Russians are designated in red, such as the Tarantul or Parchim-class corvettes observed on this flight, and are described as being “very crowded.”

The Sedov is the largest traditional sailing ship in existence that is still in service.
The Tacco hands his notes to Chief Petty Officer Romain as soon as the Atlantique 2 passes over a calmer area.

The latter is in charge of electronic warfare and transmissions and transmits the plane’s observations to the French and NATO command centres via a special chat system. A comprehensive report can wait till their arrival.

Lieutenant Henri may be heard over the roar of the jet saying, “This small space has gotten extremely packed, which demonstrates how interested everyone is in everybody else.”

The rapid geopolitical shift has resulted from Russia’s attack on February 24 in the Baltic.

Sweden and Finland have submitted applications to join NATO, which, if approved, will further isolate Russia in the Baltic, which Moscow depends on for access to the oceans.

Robert Dalsjo stated at the Swedish Defence Research Agency FOI that “the Baltic will essentially become a NATO lake.”

According to him, Sweden’s inclusion would especially eliminate doubt because “the Baltic nations couldn’t be sure about how Sweden would act in a crisis.”

To observe military activity in the heavily militarized enclave, the plane alters course and flies near the restricted Kaliningrad zone before turning north.

The aircraft performs a U-turn and performs one final inspection of the Russian ships in the southern zone once it reaches Riga’s latitude before returning home.

Work for the day? The team was delighted to see the gorgeous sail training ship Sedov, the largest sailing ship remaining in service, after about 7,000 kilometres of flight and the identification of about a dozen Russian warships.